What is Rape Shield Law, and what are its Punishments in Alabama?

Rape is a heinous form of sexual assault wherein the victim is subject to sexual intercourse or sexual penetration, without their consent and against their will, by use of physical force, coercion, abuse of authority or when the victim is in a state of inability to give consent, i.e. victim is incapacitated/unconscious, suffering from temporary or persistent impairment of intellectual or adaptive functioning and/or below the prescribed age of legal consent.

Despite severe punishments stipulated by Law, millions fall victim to rape around the world, and the United States of America is no exception. It is notified as a serious criminal offense in most countries, and women are the worst affected. Even with relevant legislation, active law enforcement and relatively efficient judiciary, about 321,500 women get raped in the U.S. every year, with those aged between 12-34 years is the most vulnerable to sexual assault. A survey states that by the year 1998, approximately 17.7 million American women fell prey to rape and attempted rape.

Not only do rape victims suffer the crime, but also the trauma and social stigma of the aftermath. Consequently, it is prudent to take due care that legal proceedings do not aggravate this trauma since relief to victims is an integral part of serving justice. It is also critical to prevent further victimization of the aggrieved, whether, by the accused, the system or society in general, especially while the matter is in Court.

It is with this intent that Rape Shield Laws have been constituted in many developed countries, including the United States, with most state statutes following the Federal Rules of Evidence (FRE) 412. The State of Michigan was the pioneer for Rape Shield Laws in the U.S., passing it in 1974 with Alabama as one of the States to follow suit in 1975. Subsequently, nearly every State in the U.S. passed their versions of the Rape Shield Law within two decades. 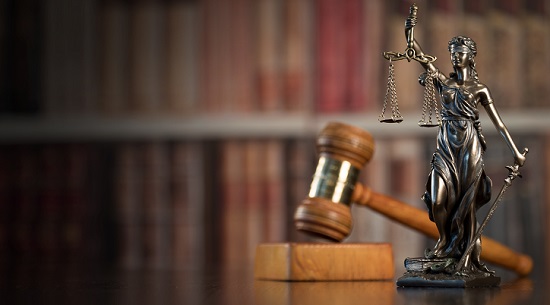 A Rape Shield Law is essentially a civil law applicable to criminal cases. It is instituted as a part of the evidence proceedings legislated to prevent misuse of patterns of sexual behavior of the victim prior to the rape. If unchecked, such misuse can create undue prejudice in the minds of the jury distracting them from considering other relevant and appropriate evidence. Hence, it prohibits cross-interrogation of a rape victim regarding their prior sexual conduct and even disclosure of their identity under any circumstances.

In Alabama, the Rape Shield Law was adopted in the form of a Rape Shield Statute Ala. Code 1975, succeeded by Ala. Code 12-21-203 of 2010 and later superseded by adoption of FRE 412 with modifications through Amendments of 2013. The law mentioned above presumes that evidence of a victim's sexual conduct is irrelevant in criminal proceedings.

However, there are exceptions, especially the one notified in Alabama Statute Subsection c Section 3 (Evidence Relating to Past Sexual Behavior) of Ala. Code 12-21-203, i.e. Defendants are permitted to present evidence, during in-camera hearings, of a victim’s prior or subsequent sexual conduct with the defendant.

Moreover, Defendants are also allowed to cite to the Court, any sexual activity that shows evidence that the act of rape was not committed by the defendant, i.e. specific findings of the disease, pregnancy, semen or evidence of sexual intercourse introduced for the intention of showing that the assaulter did not commit the sexual act.

All submissions of evidence to this exception require the defendant to file a confidential motion at least before 63 days before the trial takes place. During the trial, if the defendant is found guilty, punishment may be at least ten years and at most 99 years of imprisonment for rape 1st degree and jail time of 2-20 years if it is a rape of 2nd degree.

It is pertinent to note that the exceptions are included in the Alabama Rape Shield Law to also provide some safeguards to the defendants, in case they are wrongly accused, especially when critics viewed such laws as a violation of the defendant’s Sixth Amendment right to confront the accuser. A few critics also stated that the law was a direct violation of one’s use of his or her right to freedom of speech. 34 other States in the U.S. provide similar safeguards to the accused.