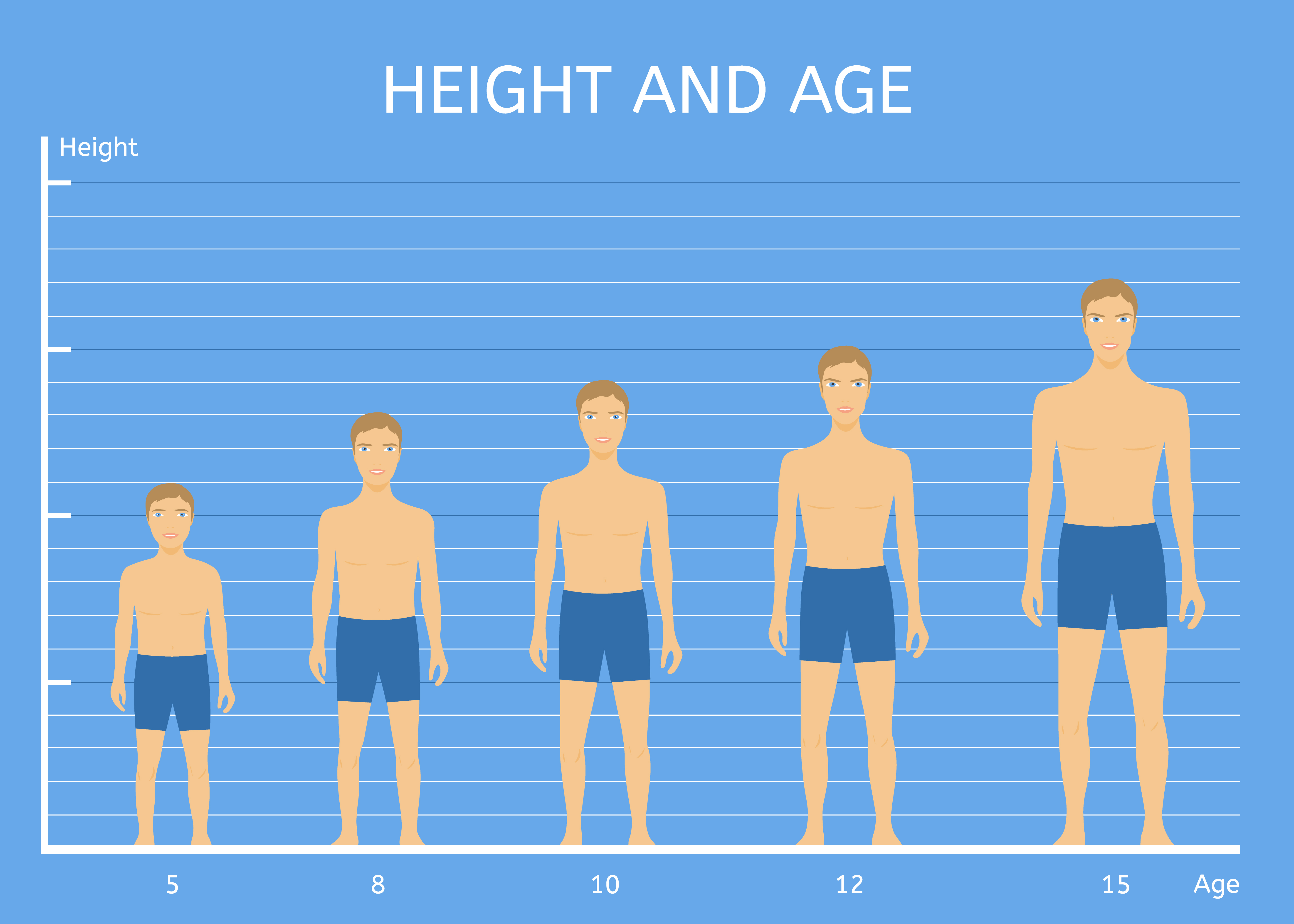 Among the many factors taken into account to check an individual’s health are their weight and height. With these measurements in mind, one can calculate the Body Mass Index (BMI).

To be considered fit and healthy, a person’s BMI must fall between 18.5 and 24.9. A person with a lower or higher BMI is at higher risk of contracting diseases. While weight can be gained or lost over a person’s lifetime, the height of an individual stops changing after a certain age. 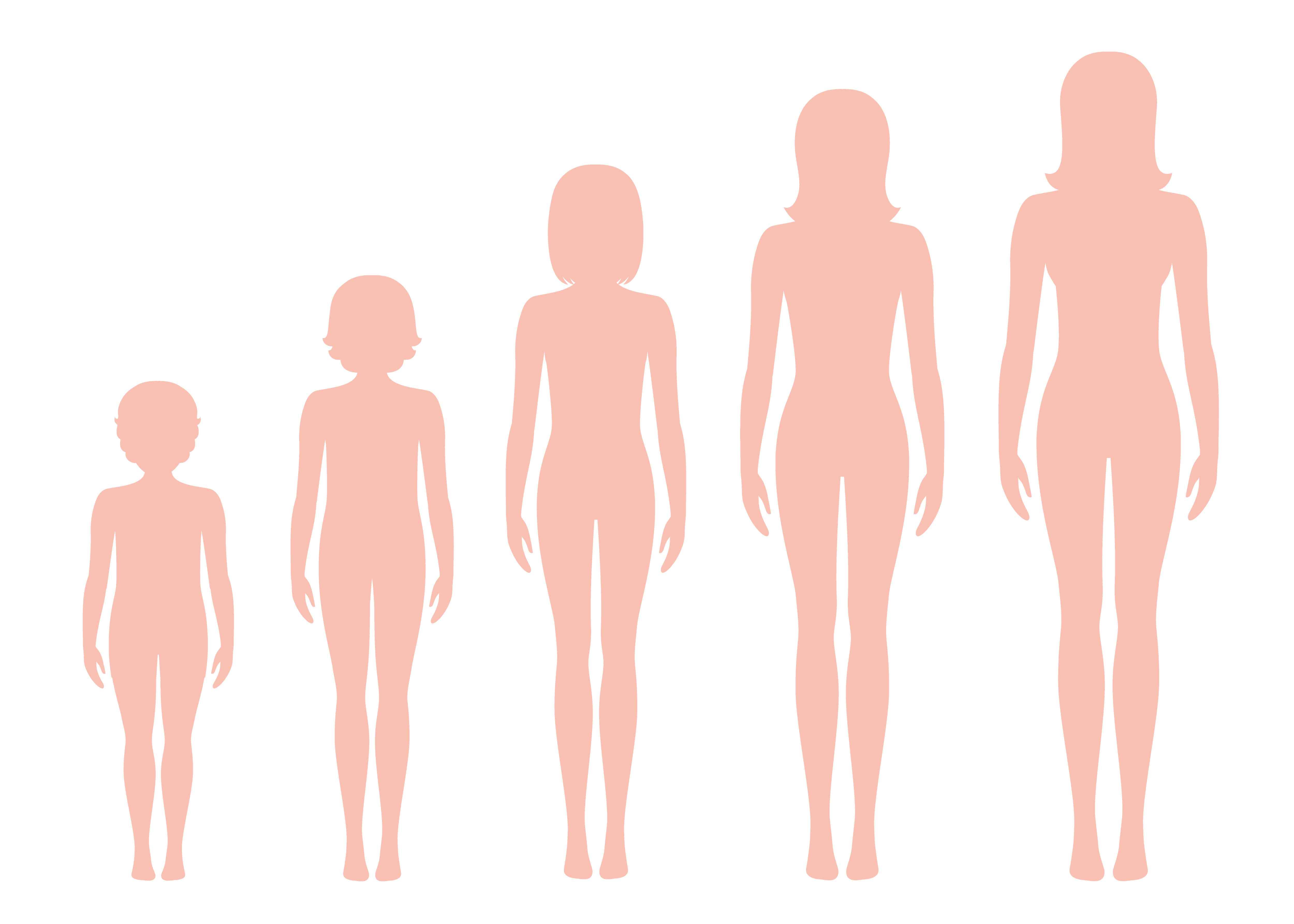 Children grow in height at a steady rate until they hit a growth spurt during their pre-teen or teenage years. Girls have their growth spurts at a comparatively younger age than boys. This is generally between the age of 12 and 15, when they hit puberty.

Boys tend to shoot in height approximately two years later than girls. Most children reach their adult size between the ages of 16 and 18.

According to a study by the Centers for Disease Control and Prevention (CDC) published in August 2016, the average height of men above the age of 20 in the United States is 5 feet 7 inches (175.7 cm). Across the world, however, this average varies with the height in India at 5 feet 5 inches (165 cm) and in Germany at 5 feet 10 inches (178 cm). The research also notes that Iranian men have had the biggest change in their heights over the past century, growing about 7 inches or 17 cm.

The variations in the height are due to numerous factors like genetic predisposition, biological factors and socio-economic factors like access to quality food and nutrients. There are no international standards for reporting and measuring the heights of individuals.

There are numerous factors, including those of genetics and biology, that result in varying average heights among different populations. From the 1960s to date, the average height for women has increased by an inch (2.54cm).

According to Guinness World Records, the world’s tallest woman was Yao Defen from China. She measured a whopping 7 feet 7 inches (233.3 cm) in height when she was last documented. Yao lived with her mother in a small village in China’s central Anhui Province and passed away in 2012 at the age of 40.

The shortest woman in the world, according to Guinness World Records, is Jyoti Kisange Amge from India. She was born on December 16, 1993, in the town of Nagpur in central India. Her short height was caused by a growth abnormality known as primordial dwarfism. When she turned 18 in 2011, Guinness noted that the little woman was only 2 feet and 0.7 inches (62.8 cm). It was found that she was slightly shorter than the previous record-holder— Bridgette Jordan from the United States— who was 2 feet three inches  (69 cm) in height.

What is the average height by state?

In the United States, an annual survey conducted on more than 450,000 people determines the average height by state. This has shown different results for men and women. The tallest women tend to be clustered in states such as the District of Columbia, Iowa, Minnesota, and Montana and Nebraska, while the tallest men live in Alabama, Iowa, Kentucky, Montana, and Nebraska.

Hawaii can lay claim to the shortest average height among both men and women, which can be attributed to race. Medical examination data shows that white and black individuals tend to be significantly taller than people of Asian or Hispanic descent. And Hawaii is home to a large Hispanic and Asian population.