What Is The Law On Conspiracy In Arizona And What Are The Punishments for It?

A plan qualifies for a conspiracy if the persons involved decide to engage in any unlawful activity. Generally, a conspiracy involves more than one defendant, but a person can be prosecuted even if he is the sole person found guilty. In Arizona, the punishment for a conspiracy is equal to the penalty given for the committing of the intended offense. However, the sentence for imprisonment is lenient in the case of a conspiracy as compared to the actual execution of the crime.

Elements of a Conspiracy

Agreement: When two or more persons hatch a plot to promote, aid, or commit a crime and the agreement made is detected by the officials, it qualifies for a conspiracy. The agreement could be made over a phone call, meeting at a place, or by written correspondence.

Overt Act: People cannot be convicted merely for plotting a crime. At least a small action must have been taken towards the execution of the intended crime; for example, procurement of tools, renting of a vehicle etc, that may be necessary to carry out the operation.

If the interaction between parties qualifies for a conspiracy based on the above-listed criteria, the state
can take necessary action on the people involved.

According to Arizona State legislation given under Title 13, Criminal code 1003, a conspiracy exacts a punishment equal to the most serious offense intended by the parties. For example, if three people decide to rob a bank, and their intention to do so is traced by the police, then they can be found guilty of conspiracy. The punishment for it is the same as that for the crime intended, which in this case, a bank robbery. Accordingly, it is labeled as a Class II felony. 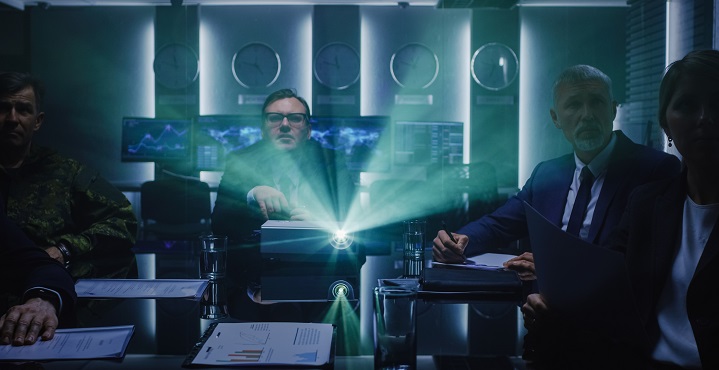 The most common type of conspiracy in Arizona is drug peddling. Based on the gravity of the intended enterprise, the conspirators are penalized. A conspiracy to sell narcotic drugs is a Class II felony. If the conspiracy is for murder, it is a class I felony and the conspirators are given life imprisonment. Although a person may conspire to commit more than one offense, he is convicted only for one, if all the offenses intended are directed towards the same crime.

Felonies in Arizona are crimes that are punished by one or more years of imprisonment. The Arizona State legislation provides a total of 6 felonies in decreasing order of their severity. Conspirators are awarded imprisonment under the felony class. Additionally, the court may impose a fine depending on the crime intended. Minor crimes are labeled as misdemeanors and are punishable by imprisonment for 6 months in a local jail.

Sometimes, a person involved in a conspiracy may not be aware of the full magnitude of the crime intended. In some cases, the person with whom he/she conspired with may not be charged. The person found guilty may have only played a small role in a mega-operation involving many unknown conspirators. Even if a person is peripherally involved, as in the above instances, he is prosecuted for his involvement. This is a method by which the police can get further information about the intended crime.