What is the Law on Bribery in Arkansas and What are the Punishments for it?

Not only individuals but companies that do a business turnover of billions of dollars have a common thing to say. All of them are disappointed with the prevalent scenario in which they are forced to pay bribes at various levels for getting things done. According to them, bribery and corruption have spread like an epidemic. From their statements, it is quite evident that civilized and ethical people are in constant struggle with uncivilized and corrupt folks.

Ethical people should realize that they should not indulge in verbal matches with corrupt people. They should understand that what they are fighting is a war, a war on corruption, war on uncivility, and a war on trickery that corrupt people adopt for making the common folks believe that it is not wrong to pay bribes for getting things done.

Governments have realized that fighting corruption should be their top priority. That is the reason the US government has put in place Federal laws on bribery. Similarly, every state of the US has its own laws on bribery as well. Let us now look at the bribery laws in Arkansas.

Bribery laws in Arkansas and punishments courts award to the defendants.

Arkansas laws have categorized bribery crimes into felonies of various classes as well as misdemeanors. 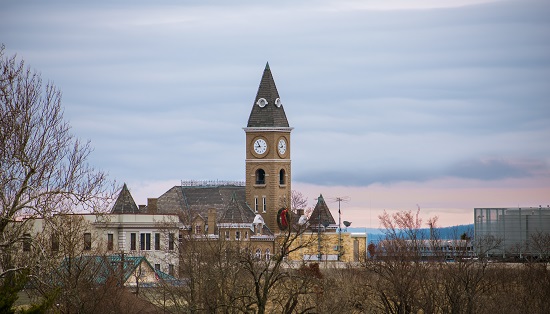 The following come under Class B felonies.

2. Abuse of office and if the abuse has yielded a minimum benefit of $25,000 or more to the defendant.

Punishments for Class B felonies are a fine not exceeding an amount of $15,000 and imprisonment for a period not less than 5 years and not more than 20 years.

Punishments for Class C felonies are a fine not exceeding $10,000 and imprisonment for a period between 3 years and 10 years.

Arkansas laws have put the following under Class D felonies.

Punishments the courts award to the defendants of Class D felonies are a fine up to an amount of $10,000 and imprisonment for a period up to 6 years.

The following come under Class A misdemeanors.

1. Abuse of public trust and if the value of the gains made by the defendant are difficult to determine but there are apprehensions that the value may be less than $500.

2. Soliciting compensation that is unlawful.

3. Trying to influence a public servant through coercion, threat, use of violent methods, or through economic reprisal.

5. Abuse of office and if the value of the benefit to the defendant is difficult to determine and if the courts think that the value may be $500 or a lesser amount.

6. Soliciting unlawfully or accepting compensation for appearances and speeches.

Punishments for Class A misdemeanors are a fine of an amount up to $2,500 and imprisonment for a period up to 1 year.

The following come under Class B misdemeanors.

1. Knowingly and willfully violating the provisions contained in the Code of Ethics.

3. Accepting such employment or involving in such a professional or public activity even while serving in the government as a public servant that may induce or require the defendant to disclose the confidential information he or she may have access to, due to his or her official position.

4. Disclosing information the defendant may have gained due to his or her official position and deriving personal benefit or gain out of it.

5. Willfully or knowingly soliciting a gift or accepting it from a principal, a lobbyist, or a person who acts on behalf of a principal or lobbyist.

Punishments for Class B misdemeanors are a fine up to an amount of $1,000 and imprisonment for a period up to 90 days.