What is the Law on Bribery in California and What are the Punishments for it?

It may be a common sight in offices, and more particularly, government departments. All the visitors to the offices show reverence and respect to certain officials and they do not seem to respect a few others. This may be surprising but the fact is that those whom everyone respects are ethical and they do not expect any monetary or other types of favors from anyone.

On the other hand, people do not respect those who solicit or demand favors and bribes from them or from others. Those who receive bribes or who get favors from others should understand this and mend their ways. In fact, governments are taking all possible steps to discourage such things. That is the reason they bring out suitable laws for preventing bribery. Even in the state of California, the government has put in place bribery laws. Let us have a look at them.

Bribery is an effort made by an individual, a company, or a group to influence a public servant or official in a corrupt and improper manner so that he or she votes, gives an opinion, or does a favor to the individual, the company, or the group. This means that a defendant commits a bribery crime if he tries an improper method for influencing a public servant during the course of discharging his or her duties.

Bribery laws in California define the crime as follows:

Bribe signifies anything that is given and that is capable of providing an advantage or value, regardless of whether it is a current act, or a prospective act, to another person so that he or she, in his or her official or public capacity, votes, give an opinion, or acts for benefiting the person who gives the bribe.

This means the defendant commits this for influencing the other person suitably so that he or she acts or promises to act for benefiting the defendant. As with bribery laws of some other states, those of California target the person who gives the bribe and the one who receives it. In other words, California laws target officials who seek or take bribes.

Bribery laws in the state of California are quite vast and voluminous. They spread through a number of other laws. The state bribery laws deal with the following:

2. Bribery that involves legislative officers of the state.

The common elements that constitute a bribery crime are:

(a) something that has value

(b) with an intention that is corrupt

(c) for influencing an official matter. 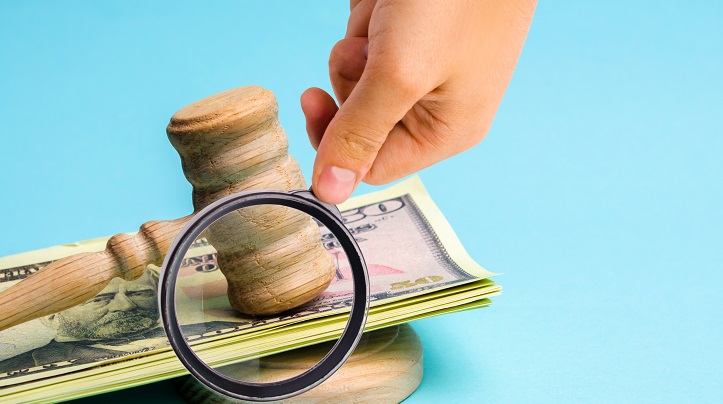 The crime of bribery is similar to a number of other crimes in one aspect. It is that the prosecutor has the onus of responsibility to prove the crime. He or she has to prove the crime beyond reasonable doubts as well.

3. Value of the bribe as per California bribery laws.

According to the state laws on bribery, it is not the value or the worth of the gift or the money that counts but the fact that the defendant has facilitated corruption is what matters.

According to state laws, bribery is a crime with specific intent. This means a court cannot pronounce that a defendant is guilty of bribery crime unless they prove that he or she has had corrupt intent.

Penalties courts can award to a bribery convict

Penalties courts may award to a bribery convict include:

1. imprisonment in a county jail or in the State Prison

Bribery comes under felony except in situations like bribing an amount of less than $400 to a ministerial officer. Therefore, the punishment may be imprisonment in the state prison for a period from two years to four years. There may be restitution fines also. The following may be the restitution fines:

2. If the bribe has been actually received, the fine may be a minimum of the actual bribe amount or $2,000. It is the greater between the two amounts a convict has to pay.

3. For larger amounts, the fine may be an amount that does not exceed double the bribe amount or $10,000. Even with this case, it is the greater amount a convict has to pay as a restitution fine.

Apart from the above punishments, public officials who commit the crime will have to forfeit their office. They must remember that they cannot get the office back.