What is the Law on Breach of Peace Law in Maine and What are the Punishments for it?

According to the constitutional law of any country, predominantly English-speaking countries, breach of the peace, or disturbing the peace is a type of disorderly conduct. When a person disturbs the peace, he or she is said to have caused a criminal offense in the eyes of the law. Such acts which cause a breach of the peace include unruly public behavior including fighting among others or other acts which tend to cause harm to the surroundings or people or making loud noises that tend to disturb the livelihood of others. A person whose words or actions may jeopardize the right to peace of another person may be charged with breach of peace.

What can Disturb the Peace?

In order for a breach of the peace to occur, there are certain laws governing it. These laws generally vary from one state to another. But they usually prevent people from:

What are the Laws for Disturbing the Peace in Maine?

According to Section 501-A, which defines the laws against disorderly conduct in Maine, the following are prohibited in a public place and are considered to intentionally disturb the peace and livelihood of others by causing annoyance to them.

This law also prohibits one from intentionally accessing, insulting, taunting, or challenging any person with offensive or annoying words in a public or private place. According to this law, even gestures or other physical conduct that would disturb the peace of others by inciting to violence are banned. 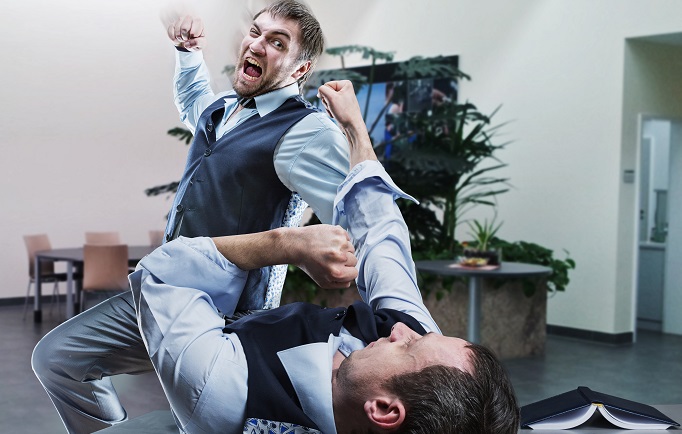 Making unreasonable noises in public or private places is also an offense under this law.

While these misdemeanor acts can be serious offenses and can attract hefty penalties, some common actions don't abet to breach in the peace. These include:

Thus, breach of the peace in Maine can sometimes be a serious felony, especially when things take a nasty turn or things tend to get out of hand and can attract penalties including a large sum of money is fines or even jail time for a certain period. The law for these types of crimes varies from one state to another. For instance, in some states in the US, being drunk in public is prohibited under this law. Similarly, simply loitering in the surrounding areas, especially restricted or prohibited areas is also a serious offense that comes under the breach of the peace.