What Is The Law On Breach Of The Peace In Maryland And What Are The Punishments For It?

All states in America try to ensure that their residents are protected from the unreasonable activities of others. They do so by developing and implementing laws related to disturbing the peace or disorderly conduct to prohibit behaviors like preventing someone else from moving in public areas, fighting or making an abnormally loud noise. All these laws are often in sync with the laws pertaining to public intoxication.

Although the state of Maryland has laid down the disorderly conduct law as mentioned below, it has also prohibited getting drunk in a public location and engendering property or life of others or causing a disturbance after being intoxicated.

It is illegal in Maryland to have a disorderly house. It denotes an exhibition of disruptive behavior or making loud noises. Also, the state prohibits similar disorderly conduct at sporting events. However, the interference is only applicable for commercial athletic events that charge for admissions and ensures the safety of the spectators, as well as, players by prohibiting throwing items, which could lead to causing physical injury to people or damage to the stadium seats and the field.

Disorderly conduct law in Maryland forbids many actions such as willfully obstructing the entry of a person into a public site like a parking lot, building, school, and theater, street or from getting into a school bus, train, airplane, or a public bus. They are forbidden to act in a willful manner, which can cause disturbance to public peace.

What is Prohibited in Maryland?

The state of Maryland prohibits the following kinds of disorderly conduct that are mentioned below:

1. Creating obstruction in the free passage of an individual or individuals into a public site including elevator, amusement park, school, theater, hotel, parking, lot, building, etc. or on a school bus, train, airplane, or a public bus as mentioned above. It is also important to note in this context that the act of stopping others to enter or exit any medical facility by obstructing their passage or detaining them is also considered unlawful under a different statute in the state of Maryland.

2. Acting willfully in a way, which can cause disturbance to the public peace.

3. Entering into the premises of another person for causing disturbance of the peace to people there either by behaving in a disorderly fashion or by making an exceptionally loud noise. 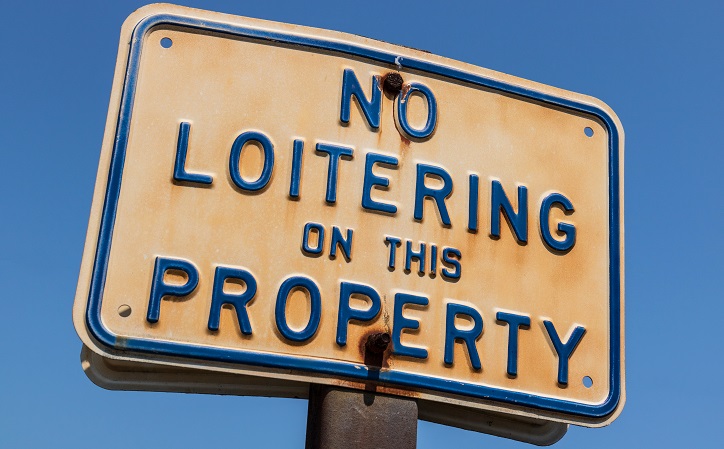 4. Creating an exceptionally loud noise for causing disturbance to the peace of some other person(s) in a public mode of transportation or place or in the latter’s land/home.

5. Purposely disobeying a reasonable order issued by a cop so that the peace disturbance could be prevented at that place.

Many regard disorderly conduct as a vague charge in Maryland. It is often used by the police as a “catch-all” charge for public disturbances.