What is the Law on 'Abuse of Authority' in Massachusetts and What are the Punishments for it?

Abuse of authority occurs when an individual becomes too comfortable with the official position that they occupy, and start behaving in a manner which is not at all benefiting the position that they hold. Abuse of authority essentially means that the individual has started in a position outside their capacity as a government official. This includes taking and giving bribes in order to get work done, playing favorites in an office environment and continuously accommodating one person over another, harassing their juniors or members of their staff, and coercing people in order to prevent them from speaking out against the culprit, even using the means of threats if necessary.

Punishment for Abuse of Authority in Massachusetts

This sort of crime includes giving an officer or employee of the government any kind of gifts, a sort of monetary compensation, or promising them some property in return for some favors or some sort of advantage in the post or position of the person giving the gift.

The punishment for giving an officer a gift or some compensation for some corrupt purposes is punishable by a maximum of 10 years in prison, up to $100,000 in fines, or both, depending on the extent of the act, the number of people involved and the position of the people in question.

Corrupt Gifts not Amounting to Bribery

Promising to owe a favor to an employee or an official of the law in return of some official work, or any other sort of compensation which does not fall directly under the definition of a 'bribe' is punishable by a maximum prison time of 5 years, a fine of up to $10,000, or both, depending on the extent of the work that was required, the promises made, the number of people involved in the process, and the position of the people involved. 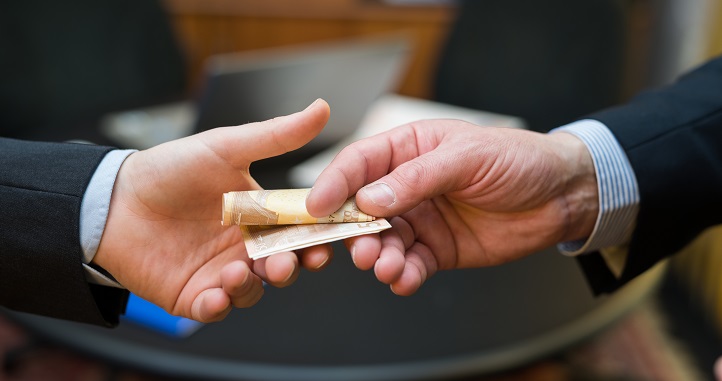 If an employee of the state or a government official acts in a manner which is in direct contrast to the duty which is required of them, it falls under the category of abusing one's authority. Violations of official duty include leaking confidential information to the public, trying to investigate in and meddle with the affairs of another department, talking about secret government matters in a public place, and taking confidential government files out of the office.

The punishments for an official or employee who violates the duties that are expected of them include being sentenced to prison for a maximum of 5 years, a fine of up to $10,000, or both, depending on the secrets that were leaked, the people who were involved, and who the information was given to.

Any official of the government who abuses their authority will be found guilty under the Public Ethics Law. In addition to legal sentencing, the Commission of Public Ethics may also order the guilty person to pay a fine, amounting to the profit from the bribe they received or $500, whichever is higher. The maximum amount that a violator should pay must not exceed $25,000, but if they are required to pay more, the Commission will have to file a civil action against them.