What is the Law of Bribery in Missouri and What are the Punishments for it?

It is not uncommon or unheard of for individuals and companies to offer a bribe for a return benefit. Bribery is a criminal offense in Missouri, and if proven guilty in a court of Law, you can attract a serious penalty.

What Constitutes Bribery in Missouri?

Under Missouri Laws 576.010, bribing a public servant is an offense liable for legal punishment. According to the Law, a person will be convicted of the offense of bribery if it is proved in the court of law that he/ she:

o Deliberately offered, granted or agreed to grant, a public servant, a benefit, either directly or indirectly, in return for any or all of the following:

Who and What Come Under “Person”?

In addition to individuals, the term “person” used in Missouri’s Bribery Law, can include:

The public servant charged with the offense of accepting a bribe cannot use any or all of the following as a legal defense:

Commercial bribery applies to situations where business professionals offer a bribe to colleagues in return for more authority, a higher compensation, or greater preference for job promotions. In case the person charged with bribery is proven guilty, he/ she can face serious consequences as the act of commercial bribery is a criminal offense.

More About Commercial Bribery in Missouri

A person can be charged with the offense of committing commercial bribery, if he/ she receives, or agrees to receive, any benefit, in return for an act of deliberate violation of interests of a business that he/ she is a part of, in the capacity of a/ an:

A person charged with the offense of bribery of a public servant, if proven guilty, will be liable for punishment for committing Class E felony.

The person convicted on bribery charges faces imprisonment of up to 4 years and a fine of up to $10,000. 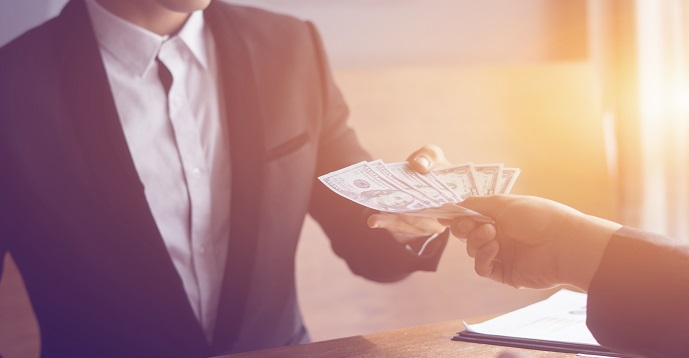 One charged with commercial bribery, if proven guilty of the charge, is punishable according to the penalty specified for Class A Misdemeanors. The punishment includes:

Bribery laws and their strict enforcement to ensure a decrease in corruption in both the public and commercial sectors in Missouri. As a citizen, it becomes your primary responsibility to refuse to give in to the urge of bribing a public servant to get a job done.

As an employee, you can save your company and yourself from charges of criminal offense and the resulting penalty by saying no to the act of bribing for personal gains. By doing so, you’ll also be contributing to the company’s progress and protecting its reputation.