Montana Gun Laws: What are the Gun Laws in the State of Montana?

The gun control laws in Montana regulate the possession, transfer/sale and use of guns, ammunition, and firearms in the U.S. state of Montana.

The state of Montana has some of the most liberal and permissive gun laws in the United States. It is a "shall issue" state, meaning that if an applicant has met the specific requirements outlined by the state for the concealed carry of guns/firearms, the permit, by law, must be issued. Since these requirements only include being a Montana resident for more than 6 months, being over 18 years old, and demonstrating familiarity with a firearm, it is fairly simple to own a gun in Montana. A new permit costs $60, while a renewal is $35. Applications are processed on a local level by the county sheriff’s office.

The law previously denied the issue of permits to non-citizens, but this law was amended with a bill allowing the issue of gun permits to all permanent lawful Montana residents, meaning the permit holder can be a US citizen or simply hold permanent residency in the country. This bill was signed by the state governor and passed on April 7, 2017.

Laws, rules, and regulations about long guns and handguns in Montana:

The Montana county sheriff shall issue a concealed weapons permit to any applicant that meets the required conditions within 60 days of the application if he deems everything to be in order. However, the concealed carry of weapons is not allowed in financial institutions, government buildings, or any place where alcohol is served.

Carrying a concealed weapon in the state of Montana under the influence of alcohol is illegal and prohibited. No weapons/guns/firearms, concealed or otherwise, are allowed inside school premises and buildings. Montana recognizes ‘concealed carry’ permits issued by most other U.S. states but not all. The concealed carry of a gun/firearm without a permit is usually allowed outside the city, town, or outside logging camp limits. 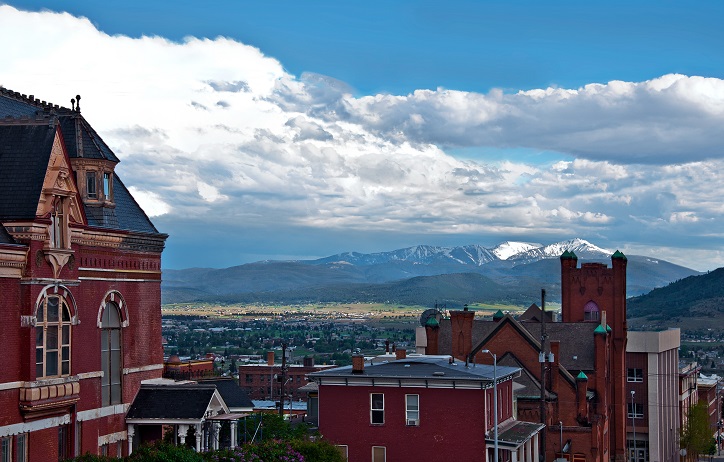 Under Montana gun laws, a gun permit is necessary only when the weapon is "wholly or partially covered by clothing or apparel." Therefore, it is legal to keep and carry a gun/firearm inside a vehicle in the state of Montana without a gun permit (as long as the weapon is not concealed on the person).

Note: If you do not have a concealed weapon permit or a CWP, it could be considered a violation of the law for you to carry or conceal a gun in a bag, backpack or purse, since the law defines a concealed weapon as one that is "wholly or partially covered by the clothing or wearing apparel of the person carrying or bearing the weapon”. As of 2017, the law of concealed weapons applies only to firearms and excludes items such as billies, slingshots, knives, etc. from the permit requirement.

Open carry of long guns and handguns in the state of Montana is generally allowed without a permit.

Montana has state pre-emption of most firearms laws. Local government units may or may not prohibit the registration, taxes, licenses, or may regulate the sale, purchase or transfer, possession, ownership, use, transportation, or the unconcealed carrying of any firearm/gun/weapon. However, local governments may restrict the firing of guns or the carrying of firearms in public buildings or parks or at public assemblies. Government localities may also regulate the possession of firearms by minors, felons, illegal aliens, or mentally incompetent people. 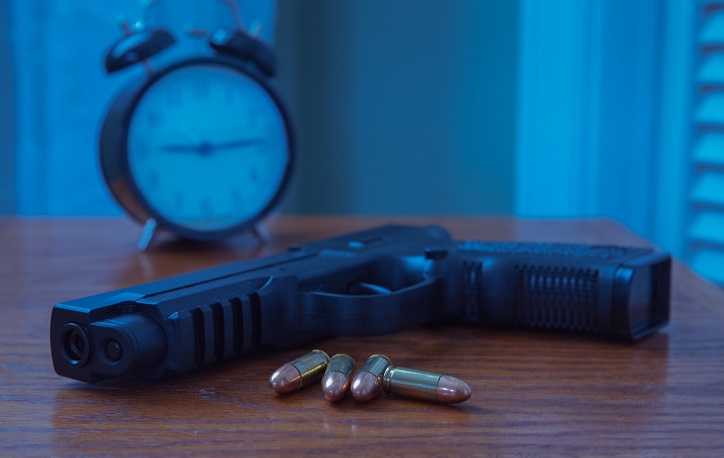 Montana has numerous restrictions on lawsuits filed against firearms dealers, manufacturers, and trade associations. Such lawsuits may be filed by the state, but local governments are not allowed to file such lawsuits.

With a Concealed Carry Permit you cannot carry a weapon in any room where alcoholic beverages are sold, dispensed and consumed, or any building that is leased by a local school district and used for instruction or student activities. Banks, credit unions, savings and loan institutions are also forbidden places under the gun control laws of Montana, as are public trains.

The Montana House Bill 246 and the Montana Firearms Freedom Act was signed and passed into the law by Governor Brian Schweitzer on April 15, 2009, and came into effect on October 1, 2009. This law states that certain firearms and accessories of firearms manufactured, sold, and kept within the state of Montana are exempt from federal firearms laws.

NFA weapons restrictions do not apply to long guns and handguns in the state of Montana. NFA weapons (referring to a federal list of firearms that the government requires owners to register) are permitted so long as such possession/carry complies with all federal regulations.

Peaceable journey laws apply to both long guns and handguns in the U.S. state of Montana. These laws allow a gun owner to travel through Montana even if they do not have a license to carry in that state, without fear of being arrested. The firearm must be unloaded, in a locked box, or out of the driver's reach when they are in the vehicle.