What is the Law on Extortion in New Mexico and What are the Punishments for It?

Anyone that attempts to use threat, blackmail or coercive techniques to wrongfully obtain either tangible or intangible property from another person is guilty of extortion. Extortion is considered a serious crime in every State in America. It usually involves using threats of physical, social, emotional or mental damage to obtain an asset that legally belongs to another person.

A person who is guilty of extortion can face serious charges in New Mexico, where it is considered a felony. If convicted of extortion, then the person can face incarceration, a substantial amount to be paid in fines or both.

What is Extortion and What Constitutes Extortion in the State of New Mexico?

Extortion is the act of illegally obtaining another person's property through the use of coercion or manipulation. A common example of this is someone who uses the threat of revealing personal information regarding a person, the nature of which can bring serious repercussions to their lives, in lieu of obtaining certain goods, assets or services from that person.

New Mexico considers extortion to be a serious crime and the punishments received reflect that. When a person is facing an extorter, the potential consequences they are being threatened by are not usually immediate. It is also considered extortion, for example, to threaten physical abuse should the victim not comply with the extorter's demands. The consequences are meant to be felt in the future. Extortion cases seriously harm the victim, not only by wrongly depriving them of property that is legally theirs but by also making them feel helpless and powerless against their offender.

An extorter may not always ask for money or a physical asset or property. Exchange of goods or services also falls under the category of extortion, when such as exchange was obtained by using illegal means. What this means is that a person who demands any kind of labor, even if it is of a sexual nature, from another person, who would not otherwise consent to them, is guilty of extortion. 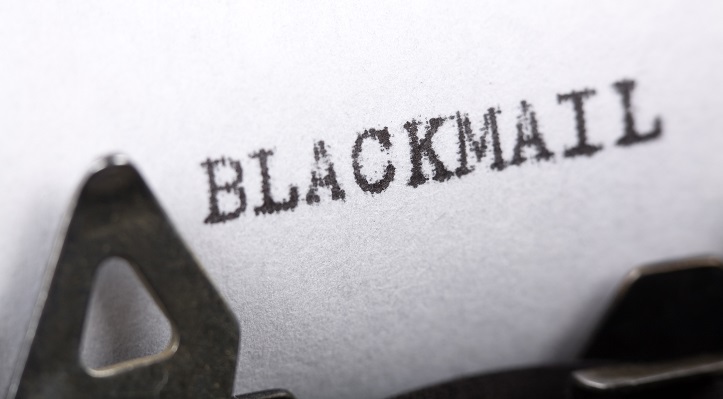 What are the Punishments for Extortion in New Mexico?

New Mexico treats extortion as a felony. The punishment meted out can be substantially more, or less, depending on the ramifications of their actions as well as the amount they obtained through the use of coercive techniques.

Usually, a person charged with extortion faces charges related to a third-degree felony in New Mexico. Such a charge can normally result in a time that has to be spent in prison, but that does not exceed three years or an amount to be paid in fines that is no more than $5000, or both. Should there be any death associated with the crime, that is whether a person died as a result of the actions of the convict, then the punishments are greater.

When death was involved in the crime, then the jail time can go up to six years. The actual amount to be paid in fines is also dependent on the value of the property they obtained through the use of extortion.

Anyone that has a prior conviction will usually face more serious charges with every subsequent conviction. That means that a person with previous charges will automatically receive a harsher sentence as they are a repeat offender, even if their previous crimes were not pertaining to extortion or the use of coercion to obtain property illegally. Extortion or attempting to extort someone brings serious consequences in New Mexico, and can lead to the extorter themselves facing future problems relating employment and leading a normal life later on, due to the criminal record it brings with it.