What is the Law on Breach of Peace Law in New York and What are the Punishments for it?

Putting the music on high volume, punching somebody or shouting at others in a public area are examples of disturbing the peace. These transgressions do not merely annoy but breach peace as well as the tranquillity of society.

New York's laws on breaching the peace come under the broader category of disorderly conduct. Any kind of fighting in public is regarded as disorderly conduct. The state may press more serious charges such as battery and assault in these cases if they apply. Violating the peace is not just restricted to actual physical actions. Certain words, as well as language, may also be regarded as violations. Individuals have the right to free speech under the First Amendment. However, there exist limitations to that right.

Under New York’s law, an individual commits the crime of disorderly conduct by the following actions: 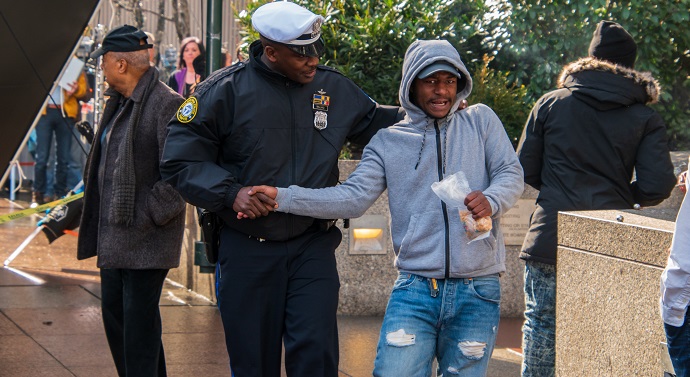 Defenses to the accusation of disorderly conduct are:

Disorderly conduct is a violation of the law but does not lead to criminal records. The usual punishment is a fine and/or up-to 15 days imprisonment.

Fake alarm constitutes a Class A misdemeanor. Major cases of false alarm and planting a fake explosive device in the premises of educational institutions, shopping malls, facilities of mass transportation, sports facilities, or in any other public area are Classified as Class D felonies. The quantum of punishment is 1-7 years in jail and up to $5000 fine. Falsely reporting arson, explosive device, explosion, and other dangerous scenarios is a Class E felony. Note that planting a fake explosive device or hazardous material in non-public places also are Class E felonies.

Rioting, as well as encouraging rioting, constitute Class A misdemeanors. Illegal assembly is a Class B misdemeanor. If a riot carried out by 11 or more individuals causes injury or property damage then it constitutes a Class E felony. The quantum of punishment is 1-4 years' jail and up to $5000 as fine.

Interrupting a religious service or funeral constitutes a Class A misdemeanor. The quantum of punishment is up to 12 months imprisonment and a fine up to $1000. Loitering with the intention of purchasing or consuming drugs, participating in or soliciting customers for prostitution constitutes a Class A or B misdemeanor. The quantum of punishment for Class B misdemeanors is up to 3 months imprisonment and fines up to $500.