What is the Law on Breach of Peace Law in Pennsylvania and What are the Punishments for it?

Making loud noises, displaying obscene gestures and urinating in public places are disorderly conducts that upset, irritate, or annoy the general public. In Pennsylvania, disorderly conduct law does not criminalize any behavior that is obnoxious. However, the behavior that breaches the peace of the community such as rioting and disrupting assemblies and meeting is treated as criminalized behavior.

A person is guilty of disorderly conduct for the following reasons.

Other Offenses that are Considered as Breach of the Peace in Pennsylvania:

Failure to Disperse
A group of three or more people engaged in activities that cause serious inconvenience or significant harm to the public is treated as disorderly conduct. It is a breach of the peace when they are unwilling to disperse after being ordered to do so by a police officer or any lawful official.

Rioting
An individual or group of people creating a ruckus or behaving in an unruly manner by engaging in violent acts is a breach of the peace. A person is guilty of being a part of a riot if he or she intends to commit a crime, plans to use a weapon or obstructs an official at the line of duty.

Public Intoxication
In Pennsylvania, a person is guilty if he or she appears in public under the influence of a controlled substance or alcohol. The reason is he or she may pose a danger to others or themselves or to public/private properties.

Loitering
He or she is guilty if he/she obstructs any vehicular or pedestrian traffic and is unwilling to obey the police officer or any lawful official.

Making Unreasonably Loud Noises
Making excessive loud noises by operating loudspeakers and other sound devices is considered as a public nuisance. This misconduct is a punishable offense. 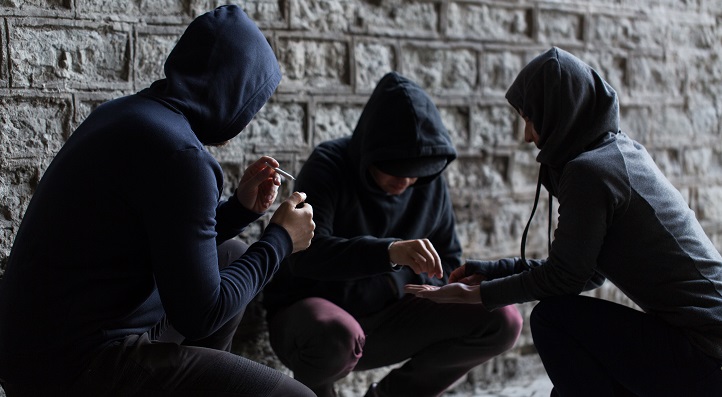 The Unlawful Public Assembly
Congregating in a public place to create inconvenience or annoyance to the public is an offense. A person is guilty if he engages in a brawl or creates ruckus in a public place.

Aiding, Abetting, or Inciting
A person is guilty if he assists, abets, or encourages another person to perform an act of crime or bodily injury.

In Pennsylvania, disorderly conduct is treated as either a summary offense or a misdemeanor charge. Though it is not a criminal offense, it will show up in the criminal record checks of the guilty.

In some cases, disorderly conduct may have serious consequences and it is up to the discretion of a police officer to decide the severity of the offense. If there are enough reasons to believe that a person's action was intended to cause serious harm or inconvenience, then the law of the state allows for more severe punishment.

In summary offense such as disrupting a lawful meeting, or obstructing a sidewalk, or road, a person may be imprisoned up to ninety days and/or imposed a penalty of $500.

In case of a second-degree misdemeanor such as failure to disperse, the punishment is a fine up to $5000.00 and/or incarceration of two years.

In a third-degree misdemeanor, an individual would attract a fine up to $2500.00, and imprisonment up to one year.

Participation in a riot is a felony of the third degree. Here an individual may be fined up to $25,000.00 and jailed up to 10 years.

Public intoxication will invite a fine up to $500.

If a minor is involved in misconduct the degree of punishment would be slightly less than that of an adult.