What is the Law on Breach of Peace Law in Vermont and What are the Punishments for it?

When a person engages in violence or displays threatening behavior with an intention to cause public nuisance or annoyance, it is treated as “breach of the peace” by the State of Vermont. Disorderly conduct charges are imposed on those people who are rambunctious, use obscene or abusive language in a public place, or engage in fighting.

What Constitutes Disorderly Conduct, Breach of Peace or Disturbances in Vermont

Unruly behavior at night at a wrong place - When someone creates a ruckus in a residential area late at night or speaks loudly, he can be booked for disorderly conduct. However, if the same person speaks loudly and uses abusive language in an industrial area in the middle of the day he would not be punished.

Interrupting any lawful assembly or government meetings - A person or mob who interrupts a public rally, religious ceremony, or city council meeting will be slapped with disorderly conduct for breaching the peace of the community.

Recklessly endangering another person - When the reckless behavior of a person puts another person in a near-death situation or causes serious bodily injury, it constitutes disturbances of the peace. 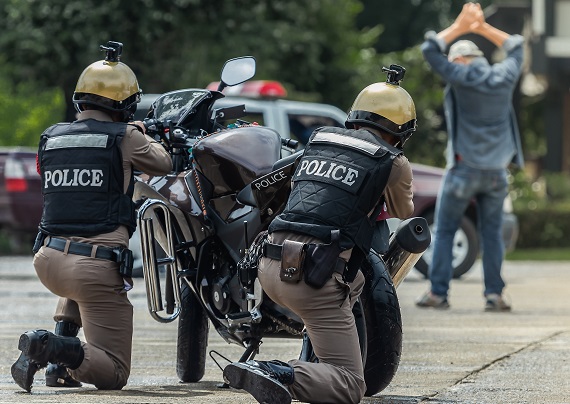 Offensive noise in the nighttime - Between sunset and sunrise, if a person breaches the public blowing horns, firing a gun, making offensive noises or shouting loudly he would be fined $50.00

Simple assault - If it is a simple assault, a person would be fined $1000.00 or imprisoned for a year or in some cases both.

Aggravated assault - It is a more serious offense than the simple assault. The person who commits the offense shall be fined either $10,000.00 or jailed for 15 years or both.

Recklessly endangering another person – For this offense, a person shall be imprisoned for a year or fined for $1000 or in some cases both.

Disorderly conduct - An individual convicted of disorderly conduct such as creating offensive noise, disturbing a lawful assembly, or engaging in fighting shall be imposed a fine of $500.00, imprisoned for a period of two months or in some cases both.

Disturbing peace by use of telephone - The defendant would be fined $250.00 or imprisoned for three months. If he has committed the offense previously, he shall be fined $500.00 or jailed for six months or both.

The other disturbances of peace include assault of a correctional officer, alcoholism, and intoxication, assault of protected professional and interference with access to emergency services. The defendant, if found guilty would either have to pay a fine or be jailed for a stipulated amount of time.