What is the Law on 'Abuse of authority' in Wisconsin and What are the Punishments for it?

In every society, there is a juxtaposition of both good things and bad things. Good people live by the side of bad people. This means that there are people who are afraid of committing mistakes. There are also people who are brazen in their attitude and these folks do not hesitate to commit mistakes or even crimes. It is for protecting those who possess a normal attitude and who are afraid of committing mistakes, governments lay down laws by implementing which the courts convict the guilty and punish them. This will deter others from committing crimes. This will help in mending the attitude of these criminals as well.

Wisconsin laws related to class I felony crimes of misconduct that are committed by abusing authority.

Yes. Wisconsin laws prohibit private interest in public contracts as well. The following are the details.

If an employee or officer, in his or her private capacity, enters into a contract, bids for it, or negotiates the contract and if he or she has a private, direct or indirect pecuniary interest in it, and if the employee or the officer is simultaneously and legally authorized to participate in making of the contract, to perform one or the other official function pertaining to the contract, or to exercise his or her discretion, he or she is guilty of having committed a Class I felony crime. 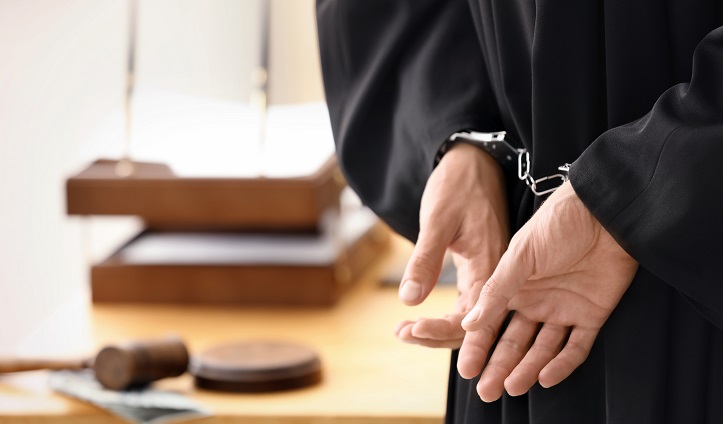 How do the Wisconsin Laws View the Abuse of Power in the Purchase of Claims?

If a public employee or officer, in his or her capacity, directly, indirectly, and intentionally purchases claims at a value less than their full value or discounts claims of another person against a political subdivision of the state, the state itself, or a public fund, he or she is guilty of having committed a Class I felony crime.

Similarly, if a judicial officer ensures that an action pertaining to a claim or a proceeding upon a claim is brought in a court and if he or she presides such action or such a proceeding upon the claim that is placed with him or her as an attorney or agent for collection, he or she is committing a Class B misdemeanor.

Those who have been convicted of having committed crimes of abuse of authority that come under Class I felony will get punishments of imprisonment in the state prison for a period up to three-and-a-half years, a fine of an amount of $10,000, or both.

Those whom the Wisconsin courts have found guilty of having committed a Class B misdemeanor will attract the punishments of jail term for a period not exceeding 90 days or a fine of an amount up to $1,000, or both.