What Is The Law On Breach Of The Peace In Wisconsin And What Are The Punishments for it?

A person can commit the offense of disorderly conduct or breach of the peace in Wisconsin in various ways. It can be any act ranging from the use of obscenities to yelling and making an extraordinarily loud noise. Disorderly conduct is also referred to as “breach of the peace” or “disturb the peace.” Although different kinds of behaviors are regarded as disorderly conduct, these acts have something common between them. They can all annoy, antagonize, or upset others. The state of Wisconsin has also defined laws against protests and disruptive assemblies.

According to the laws of the state, a person is said to have committed the offense of disorderly content when he/she is engaged in indecent, abusive, indulges in unreasonably loud, or violent conduct, which can provoke or disturb others. For instance, cursing a cop loudly while arguing might be regarded as disorderly conduct in the state.

The lawmakers in the state of Wisconsin have categorically exempted an act of moving around with a firearm while defining disorderly conduct in the state. The exception is when an individual carries a firearm with malicious or criminal intent. Hence, an individual who moves around within the state with an assault weapon cannot be put under arrest and slapped with charges of disorderly conduct unless he/she is behaving in a threatening manner.

Under the laws of the state, an unlawful gathering or assembly is one where at least three people have gathered, which is disruptive in a way to expect damage of a property or bodily injury in case the gathering it is not dispersed. Also, it is a criminal offense to refuse or fail to come out of an illegal assembly if the defendant is aware that an officer from a law enforcement agency has ordered dispersal to the attendees or to take part in an illegal gathering on the public grounds of a university when the defendant is aware or is expected to be aware of the fact that an officer of a law enforcement agency in the state has directed the dispersal of the attendees. A relevant example of an unlawful gathering could be a rally in Wisconsin where protesters scream obscenities, threatens people who are passing by, and carry offensive signs.

Public intoxication in the State of Wisconsin is regarded as an issue pertaining to public health. As such, the state laws do not consider it a criminal offense. At the same time, police might still arrest an individual drunk in a public place and put him/her into protective custody. 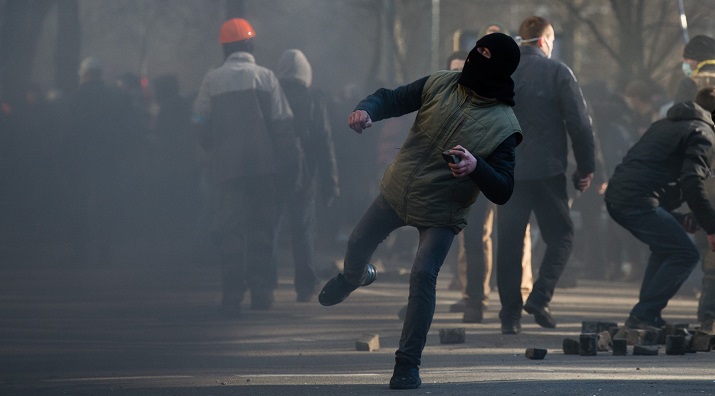 It has been claimed by the defendants that the laws defined against disorderly conduct in Wisconsin are so vague and wide that it curtails their constitutional rights of free speech. However, challenges like these have not been so successful in the trials. While the constitution of Wisconsin does guarantee the right to assembly, they are not protected according to the general rule.

Disorderly conduct in the state is commonly charged criminal offense and falls within the category of a Class B misdemeanor. The offense is penalized by a maximum fine amount of 1,000 USD and a maximum jail term of 90 days.

Any criminal conviction including a misdemeanor including an unlawful assembly or disorderly conduct may have severe consequences. The penalties may include a criminal record, a fine, and a prison term. Hence, in case you have been slapped with such charges in Wisconsin, make sure that you consult a criminal defense attorney as soon as possible.