Personality Characteristics of Cheaters that You Should Look Out for

The act of cheating is a relatively common phenomenon that many people experience at some point in their lives. Ultimately, there is no real justification behind entering into a relationship or formal marriage contract with a person with the intent to cheat on them and lead to a dissolution of that relationship. Most people who enter marriage contracts are confident that they will not cheat during the relationship. It also isn't the job of the spouse or partner to prevent their counterpart from cheating, but rather the priority of the cheater to not break their lover's trust.

While it is impossible to determine if your partner is a cheater based solely on character traits and signs, over the years, people have gathered various telltale signs that a person may be a cheater and therefore, a bad candidate to enter into any long term relationship with. 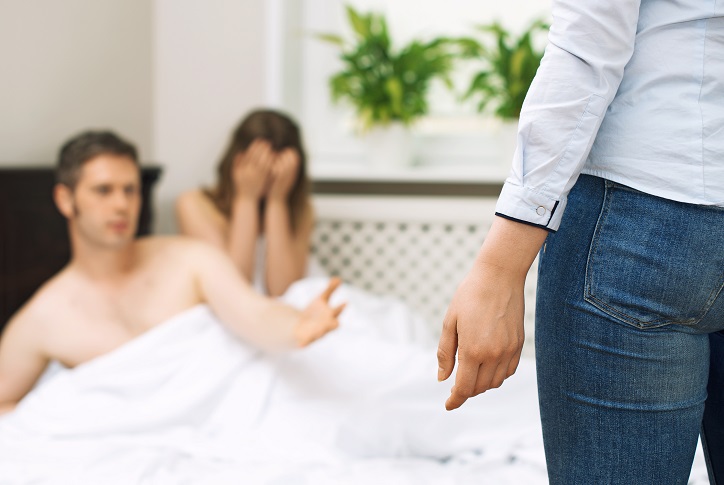 What Makes a Cheater Cheat?

Many spouses that have been caught cheating claim that they are no longer in love with their partner, but often partners claim they are still in love, yet still cheat. The reasons behind why a cheater cheats can be as numerous as the number of people who indulge in the act, but there are common characteristics that can help in determining whether a person will cheat or not. One of these reasons may have to do with genetics.

Richard E. Friedman, a professor of clinical psychiatry at Weill Cornell Medical College conducted tests on two kinds of rodents, one that was usually promiscuous, and another that was usually monogamous, in an attempt to determine why these species behaved differently.

He studied the Montane voles, known for being promiscuous as well as the Prairie voles, known for being monogamous. He discovered that the level of vasopressin in the brains of these rodents affected whether they were monogamous or not. Based on these findings, he suggested that the receptor genes related to bonding in partners, specifically oxytocin and vasopressin played a role in the development of monogamous relationships versus relationships where one or both partners cheat.

While this theory may play a role behind why a person cheats, this does not help people determine whether a potential romantic partner will cheat on them or not. Even with a genetical tendency to cheat, one can overcome that, the same as someone who has a genetic tendency towards alcoholism is not guaranteed to be an alcoholic. To determine if their partner is a cheater, one needs to watch out for certain personality traits and characteristics that can act as easy giveaways.

What are the most common characteristics of cheaters?

While not every cheater will exhibit every trait in this list, if a person exhibits more of these traits than not, there may be cause for concern in that relationship:

Narcissism: This characteristic constantly ranks high in every list that seeks to find common traits among cheaters. What a person needs to be wary of is that if a person is self-obsessed, then they are very likely to go looking for more people to feed that obsession and thereby cheat. Narcissism is not the same as self-love, but rather an extreme form of self love to the point where the needs and wants of the self shadow the needs and wants of the partner.

Insecurity: A person who does not feel secure within themselves, or in their relationship, can keep looking for people to fill that void and constantly offer security. Jealously can be a symptom of insecurity, and can even lead to irrational assumptions and develop into more extreme actions such as cheating.

Skewed Views on Reality: Such behavior involves creating narratives that justify or even try to normalize cheating, in an attempt to prove that their deceitful behavior is okay. An example is a person who believes that everyone cheats, so cheating is okay. Everyone doesn't cheat and cheating is not okay.

Lack of respect: If the partner is disrespectful, rude, a gaslighter, or they look down on their counterpart, then they already show a lack of respect for the relationship. Such behavior often develops into cheating.

Adrenalin: Some people claim that the rush of being caught or getting away with cheating inspires them to indulge in the act.

Deception: If one partner tends to be dishonest even with minor things, this shows a willingness to lie and can slowly become a habit. Once lying becomes a norm, it can give confidence to a cheater that they will not be caught and can be the determining factor to lead someone to cheat. If someone is overly protective of the contents of their phone and computer, this can be a sign that they are hiding something that they do not want their spouse to know about.

Impulse based individuals: People that act on impulse rather than choose to think things out are more likely to act on an opportunity to cheat and not contemplate the consequences of their actions.

Broken Family History: If one partner comes from a family with a history of cheating, divorce or other unhealthy relationships, having a dysfunctional dynamic or lying can be considered normal behavior on their part. Someone with this background statistically will be more likely to view cheating as acceptable behavior than someone from a family with a healthy and nurturing background.

Cheating is an act that can leave another person feeling dejected, demoralized and in some cases, even depressed. There is a need to properly gauge what a potential partner is like before entering into a relationship with them. If a partner is disrespectful, only seems to care about themselves, freely flirts with others and shows a lack of respect for what their counterpart wants, they are more than likely to be a cheater.