What is the Law of Seditious Libel in Maine and What are the Punishments for It?

Anyone that tries to defame the government by deliberately using lies to malign it can be tried for their actions in Maine. Such behavior is known as seditious libel, though it is tried under defamation in Maine as well as most States in the country. Seditious libel was originally punishable as a crime against the government and all those found guilty of this crime received harsh punishments. But the development of the American legal system since the time of colonization has changed how this act is seen, tried and punished in the country.

What is Considered as Seditious Libel in the State of Maine?

When the colonists came to settle in North America, they brought with them the laws and regulations that they were used to back in England. In those times, seditious libel was considered a serious crime in England, and it was punished harshly in order to dissuade all negative talk against the government. It did not necessarily matter if the subject matter spoken of against the government were truth or lies. In fact, speaking a negative truth could have been considered as a greater offense than disseminating a lie.

However, seditious libel as a crime was not very popular in America. Although it was initially punishable, the citizens of the country were not in favor of trying or punishing those who spoke against the government. There was also consideration given to the need for honesty in reporting, as publishers and journalists cannot do their work if seditious libel is a crime. In 1798, the government passed the Sedition Act, but even this did not lead to any harsh takedowns of people who had opinions against or criticized the government. Finally, when Jefferson came to power in 1801 and made it evident that he was against seditious libel, official acts to enforce this were at an end. 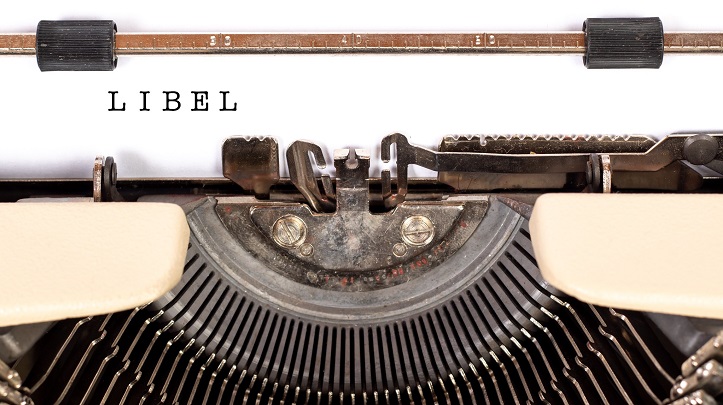 However, it is only considered as excusable to the extent where it is guaranteed under the First Amendment Rights regarding freedom of speech. Every citizen enjoys the civil liberty of being able to form opinions and then speak on those opinions without facing censorship or punishment for speaking out. Yet, it is still considered a punishable offense to deliberately malign the government or recklessly spread false information that could defame the government, make it lose its reputation, and affect the running of the country.

Seditious libel is tried under defamation laws in Maine. It is considered as seditious libel when one or more people deliberately spread lies about the government, where such a lie could cause harm to the reputation of the government, where such a lie is about the government and its elected officials and where actual malice can be proven. In addition to this, Maine also employs 'defamation per se', where anyone who spread lies regarding criminal behavior, moral turpitude or about a disease can be easily shown to have participated in a defamatory act. Where these three scenarios are involved, the plaintiff will not have to prove that damages were caused as such misinformation is considered highly damaging by itself.

Punishments for Seditious Libel in Maine

Defamation, including seditious libel, all pertain to civil liberties and are tried under civil law in the State. This means that those convicted of this crime cannot be sent to jail. The punishment for this crime is the payment of damages and compensation for engaging in such seditious libel. These damages include actual damages, punitive damages, as well as other damages that can be decided upon by the Court.

Should anyone have indulged in criminal behavior during their dissemination of seditious libel, then they can also be tried and charged separately for those crimes. Incarceration is a punishment for criminal behavior, and anyone found guilty of violating both criminal as well as civil laws will face both incarceration as well as financial compensation for damages caused.