Cheating Statistics in the State of Maryland

Marriage and relationships are not as simple as they used to be. The state of Maryland has a rich history but to understand the history of better understanding the statistics are most important. Relationships are built on trust and respect. Making a marriage or relationship work is not an easy task. Both these bonds need nurturing and Caring. The rate of marriage and its significance in society is changing all over the world. The same is also happening in the United States of America and also in the state of Maryland.

The new generation of American married couples is less likely to get divorced than the previous generation. In 1992 the divorce rate all over America was 4.8 divorces per thousand people, and in 2018 the rate was found to be 3.2 per thousand people. All over the United States, the divorce rate on an average has been on a decline, since the 1990s. Although it should be kept in mind that the increasing divorce rate has also been affected by the millennial's views and attitude on marriage. Contrary to popular belief the millennial and the Gen X people take marriage more seriously. They choose to get married when they have financial stability only after they have completed their education.

Unlike most states, the marriage rate in the state of Maryland is lesser than the national divorce rate of 10.9%. The divorce rate is 9.9% according to 2013-2107 reports of the Community Survey. The city of Glenarden has the highest divorce rate in Maryland that is 15.6%. 2.5 per 1000 people are divorced in Maryland. 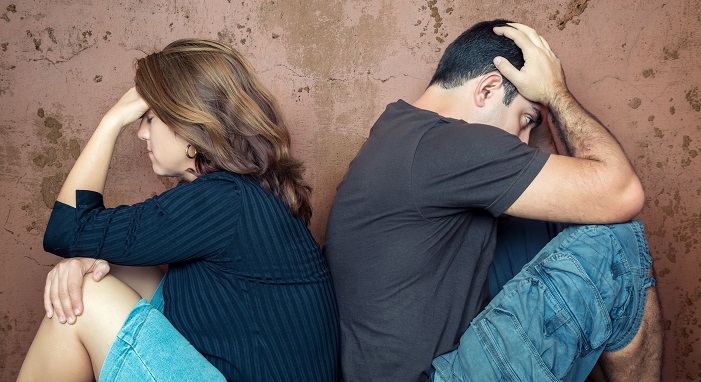 Maryland and Pennsylvania had the infamous anti-miscegenation law which stated that the white women who married black men would act as her husband’s master. Also, the children resulting from this union would serve as Parish laborers for 32 years. Maryland has come a long way ever since. Still, unfortunately, the Maryland inter-racial marriage rate has not surpassed the national rate. According to the last official census of 2010 in America, 15% of all the new marriages are between people of different ethnicity or race. This data was almost double to the number of inter-racial marriages in the USA in the year 1980. Among heterosexual, inter-racial marriages the marriage between blacks and whites are the fourth most common.

Online Activity of the People of Maryland

A few general statistics of online activity around the world:

The young generation as expected is the most engrossed with social media and an active online social life. What most people do on the internet is mostly the same across the world. The most popular activities on the internet include the task of sending or reading an email. This is because most industries are now online. To keep the offices running people check the internet most often. The second most popular thing to do is use the search engine to find information on any topic. After those navigation or driving directions are the most looked for a thing on the internet by the people of Maryland.