Cheating Statistics in the State of Oklahoma

Oklahoma is situated in the south-central region of the United States. It is sometimes referred to as The Sooner State as many foreigners or non-native people settled in the state of Oklahoma before The Indian Appropriation Act was passed in 1889. This is the reason for the dramatic increase of European-American settlement in the Indian territory.   The result was that from a very early stage a lot of people from different background, race, culture, religion started living together.

The Indian Territory and the Oklahoma territory later together formed the state of Oklahoma which become the 46h state to join the American union in 1907. The intermixing of people from different racial and ethnic backgrounds lead to a lot of inter-racial and inter-ethnic marriages in the state of Oklahoma. This is the reason why Oklahoma holds the second position when it comes to interracial marriage in the USA among all the other fifty states in the USA.

Oklahoma has a booming economy. The major industries in the state aviation, telecommunication, energy, and biotechnology. This is a testimony to the level of literacy and education in the state of Oklahoma. The people of Oklahoma are career-oriented and ambitious driven, especially the young generation. Then Gen X and millennial do not want to rush into marriage and then get divorced. But sadly that has not prevented the divorce rate from rising in the state. Relationships and marriages have taken a back seat when it comes to prioritizing what is important.

49.9% that means almost half of the people in Oklahoma are married. The marriage rate of the state is 6.8 per 1000 residents of Oklahoma. This places Oklahoma in the 22nd highest position among all the states. 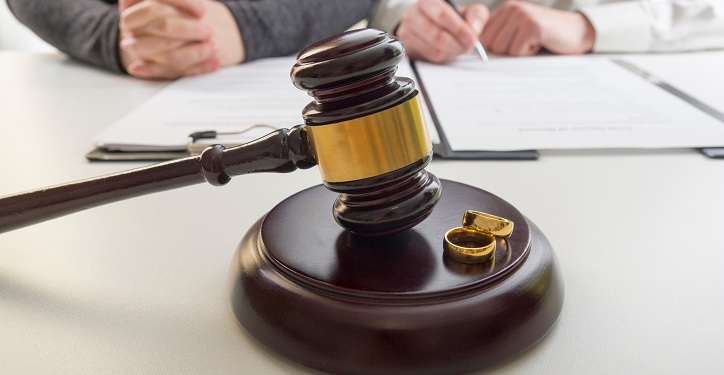 As there is a lot of interracial mixing among the people of Oklahoma there is a lot of cultural diversity that is present in the state. The social and cultural activity of the state reflects just that. Statistics show that divorce among inter-racial couples is much higher. And as there are plenty of inter-ethnic couples living in Oklahoma the divorce statistics in the state are also high. Cheating is one of the primary causes of breaking up marriages.