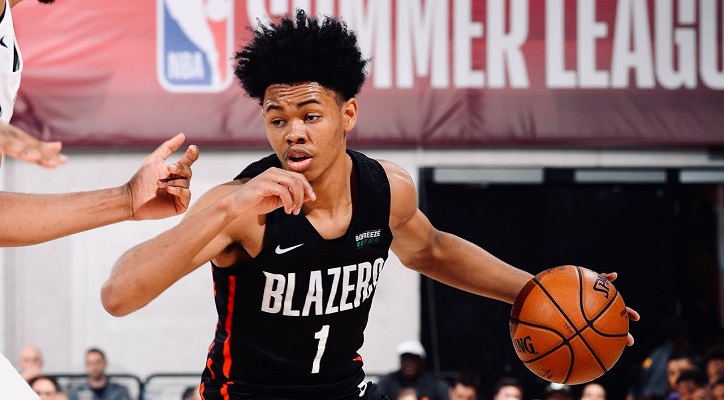 Anfernee Tyrik Simons, an American, plays the position of shooting guard for the Portland Trail Blazers of the National Basketball Association (NBA).

He played for the prep basketball team at IMG Academy, Bradenton, Florida. He was selected in the 2018 NBA draft, making him the first American to be drafted right after graduating from high school ever since the league implemented the age eligibility criteria in 2005.

Simons was born on June 8, 1999, in Altamonte Springs, Florida to Tameka and Charles. He was given the name Anfernee by his parents, after the former player of Orlando Magic, Anfernee Hardaway.

Simons was also coached by Hardaway during a training camp for the Team USA Basketball. His mother also gave him the nickname Ant, which was much easier, because many people couldn't pronounce his actual name. 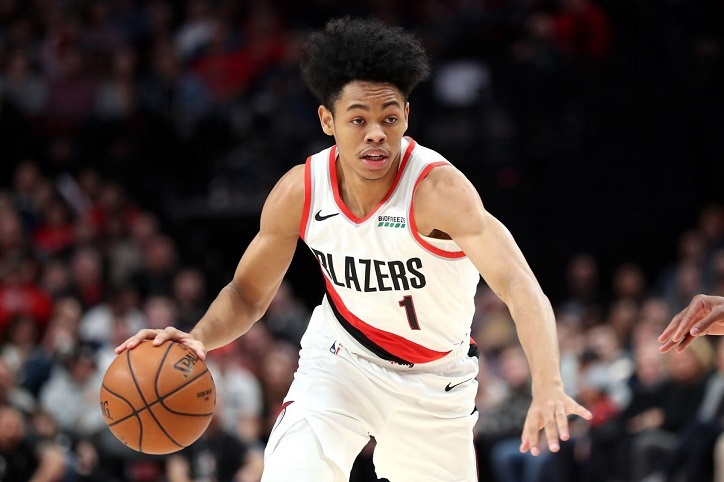 Simons initially went to Edgewater High School in Orlando, Florida, where he averaged 17.8 points, 2.4 rebounds, 4.6 assists, and 1 steal per game in thirty games in his sophomore season. He then moved to Montverde Academy in Montverde in his junior year, but later went back to Edgewater after his time as a bench player, intending to hold his name back from consideration for college.

After graduating from Edgewater in 2017, with an average of 23.8 points, 4.2 assists, 7.2 rebounds, 0.5 blocks, and 1.8 steals per game in twenty games played through his final year, he attended the IMG Academy in Bradenton.

He went there for a year, due to his reclassification in the Class of 2018, despite the fact that he had shown his enthusiasm for going through that year at the West Oaks Academy in Orlando. He additionally played for the United States men's national under-19 team during his summer season in 2017.

In January 2018, he said that he was most probably going to skip college and declare for the 2018 NBA Draft, but without procuring an agent. He later affirmed his decision in March 2018 and then removed himself from the Jordan Brand Classic and 2018 Nike Hoop Summit.

He was ranked as the 19th top prospect in the draft by ESPN on March 20, 2018, and was later named as one of the sixty-nine players welcomed to the NBA Draft Combine 2018. 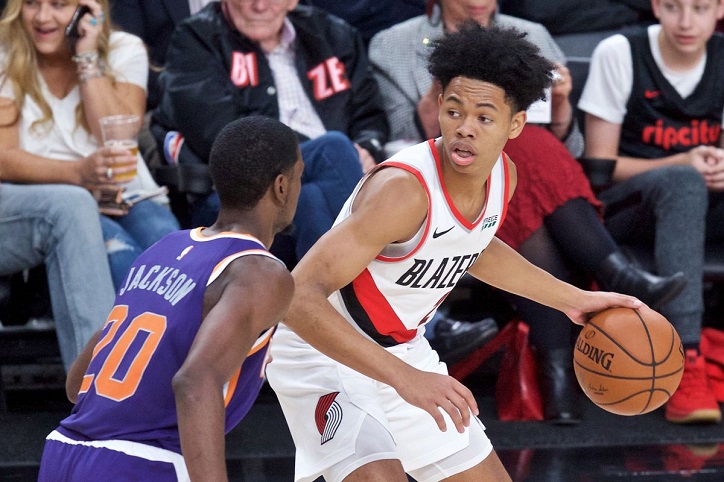 Simons got selected 24th overall in the first round of the 2018 NBA draft by the Portland Trail Blazers on June 21, 2018, making him the third player from high school to be drafted in the NBA since 2015, besides Satnam Singh Bhamara and Thon Maker. He signed a contract with the Trail Blazers on July 2, 2018.

The rookie guard was assigned to the G-League affiliate of the LA Clippers, Agua Caliente Clippers of Ontario on January 21, 2019. He was later recalled from the G-League Agua Caliente Clippers on January 31, 2019. He had his 1st ever career start for the Trail Blazers on April 10, 2019, against the Sacramento Kings, while CJ McCollum and Damian Lillard were rested for the last game of the season.

Simons recorded a career-high with 37 points, 9 assists, and 6 rebounds, marking him as the first rookie from Trail Blazers to score more than 30 points since Lillard.