Branden Albert was born on the 4th of November, 1984, in Rochester, New York. While in Rochester, he grew up with his mother, Susan Albert.

She decided that the environment was not suitable for him, and it would be better if he grew up with Ashley Sim, his brother. So she sent him to Washington, D.C.

Albert did his schooling at Glen Burnie High School, where he played both football and basketball. Recruits did take him seriously, and there were two reasons for this. The first reason was that he had played football for only one season.

The second reason was that he had poor grades. His grades were so bad that the only University of Virginia considered recruiting him.

First, they helped him improve his grades by enrolling him in Hargrave Military Academy. They also offered him a scholarship. 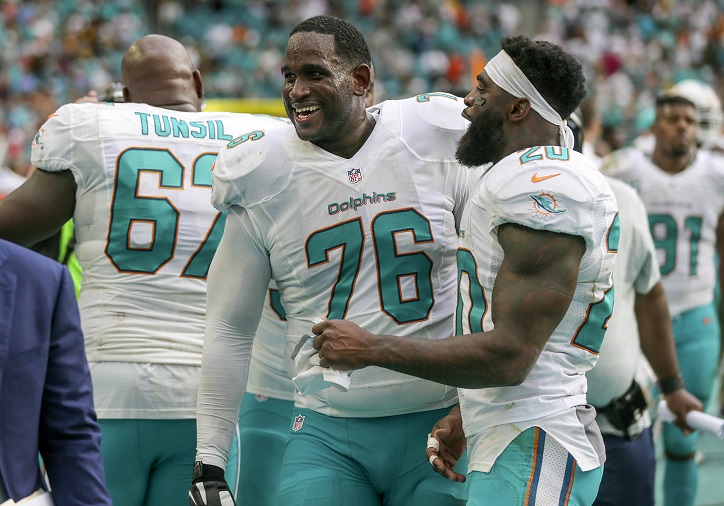 Albert spent the 2004 season in the academy, but he was still struggling to get the required grades. While studying here, he continued to play football.

At the same time, he managed to get the required grade average and test scores. He would list the academy as one of the reasons he succeeded later in life.

For the next three years, he played football with Virginia. He was a starter for all the games he played. The position he played was the offensive guard, but later, he started playing the left tackle position.

During his junior year, he got the honor of being named for the All-Atlantic Coast Conference first-team.

Albert has the honor of being the first guard to be drafted in the 2008 NFL draft. His draft position was the highest for a guard. The only guard with a similar high position in the draft was Chris Naeole.

He was drafted in the 10th position during the 1997 NFL draft. Albert was drafted by the Kansas City Chiefs. He signed a five-year contract with the Chiefs on the 24th of July 2008.

The Chiefs decided to use Albert in tackling position even though he was used as a guard by Virginia. During the 2008 season, he has only 4.5 sacks against him, and the only penalty committed by him was a false start.

He also suffered from an elbow injury that forced him to miss two weeks (sixth and seventh). He was a starter for the other 14 games.

However, Albert was able to end the season strongly. He did have any sacks against him during the last three games of the season.

Todd Haley, the head coach had asked him to reduce his weight by nearly 40 pounds during the summer. He felt that this change in weight was the reason for his poor performance. That is why he described it as an “adjustment period.” 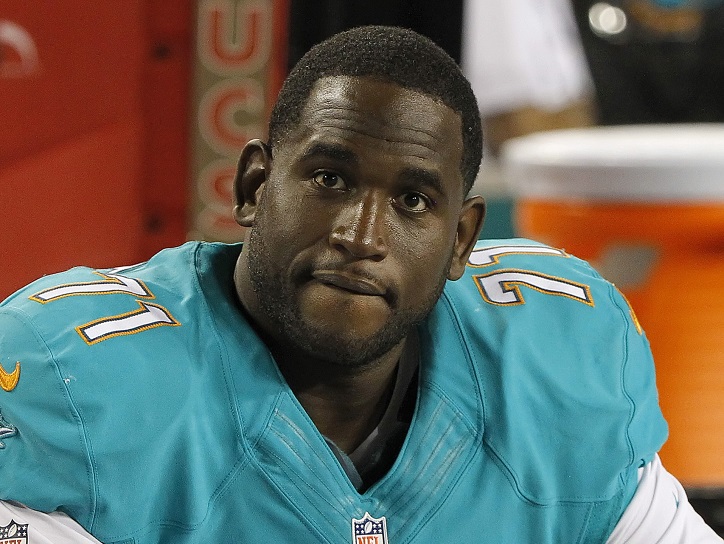 In the2010 season, Albert had improved his performance significantly. As a result, he became the Chiefs’ left tackle. He was a starter for 15 games that season.

During the 2011 season, he was a starter for 16 games and played left tackle for most of the season. The Chiefs were able to obtain Jared Gaither. He was the offensive tackle for the Baltimore Ravens. This resulted in Albert covering the left guard.

On the 5th of March 2013, Albert was able to get the franchise tag from the Chiefs. The 2013 season was the best season he played. However, he only played 12 games that season.

He played an important role in the run scheme of Kansas City Chiefs. In that season he received his first pro-bowl nomination.

Albert switched to the Miami Dolphins in 2014. He signed a five-year contract worth 47 million with them on the 11th of March 2014. He got his second pro-bowl nomination during the 2015 season.

Before the beginning of the 2017 season, the Dolphins gave Albert to the Jacksonville Jaguars in return for Julius Thomas. But Albert did not play for them. Instead, he chose this moment to announce his retirement.