Brandon Flowers, born on 18 February 1986 in Delray Beach, is a former professional American football player who played in the position of cornerback.

He played cornerback for the San Diego Chargers in the National Football League (NFL) from 2014 to 2016 after playing for the Kansas City Chiefs from 2008 to 2013, by whom he was drafted in the 2nd round of 2008 NFL Draft.

Brandon did his high-schooling from Atlantic Community High School and used to play football here. It was here that Flowers earned his 1st-team all-area & all-conference laurels. David Clowney and Omar Jacobs were his teammates here.

Despite the fact that he was considered a 3-star recruit, Brandon’s name didn’t appear in the list of the country’s top cornerback prospects issued by Rivals.com. 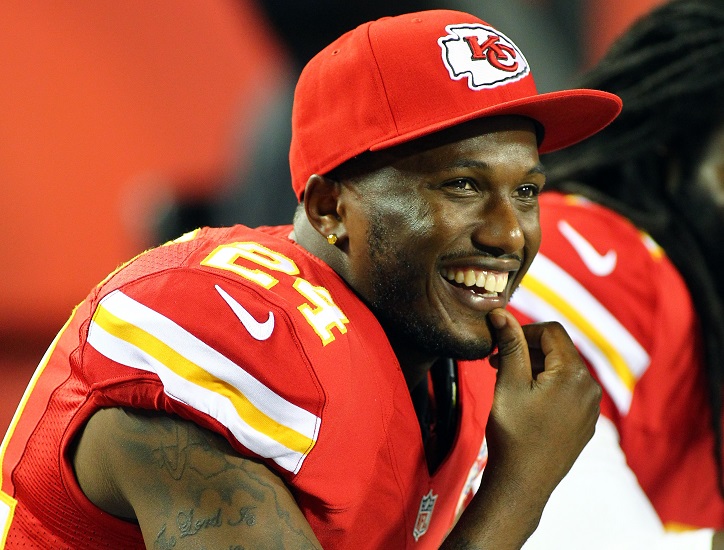 Brandon completed his major in Sociology from Virginia Tech. In 2004, Brandon made a magnificent interception for a thirty-eight-yard return against Western Michigan.

Because of a fractured fibula, he had to give the remaining season a miss. In 2005, he was back and posted twenty tackles with 4 pass deflections, as well as an interception.

During 2006, Brandon played at the cornerback position and received All-American second-team as well as All-Atlantic Coast Conference 1st-team honors. Brandon totaled as many as 51 tackles (with 29 being solo) with 3.50 sacks & 7.50 stops for losses.

In 2007, Brandon received the All-American & All-ACC honors once again. He ranked 3rd with eighty-six tackles (of which 56 were solo). He chose to abandon the final year to make an entry into the 2008 NFL Draft.

Kansas City Chiefs drafted Brandon in the 2nd round of the 2008 NFL Draft. He signed the contract with the team for 4 years.

In 2008, Brandon recorded two interceptions, his career’s first, against New York’Jets’ Brett Favre in a match that unfortunately, the Chiefs lost by 28–24.

Brandon finished the 2008 season with sixty-nine tackles (oh which 62 were solo), thirteen pass breakups, one forced fumble, two interceptions as well as a touchdown.

In the 2009 season, Brandon suffered from an injured shoulder. Despite, he played all through the season accumulating sixty-five tackles (of which 58 were solo), two forced fumbles, twenty-three pass breakups, & five interceptions.

The 2010 season saw him leading the team to fourteenth ranked defense and also led the team to its 1st division title since the year 2003. 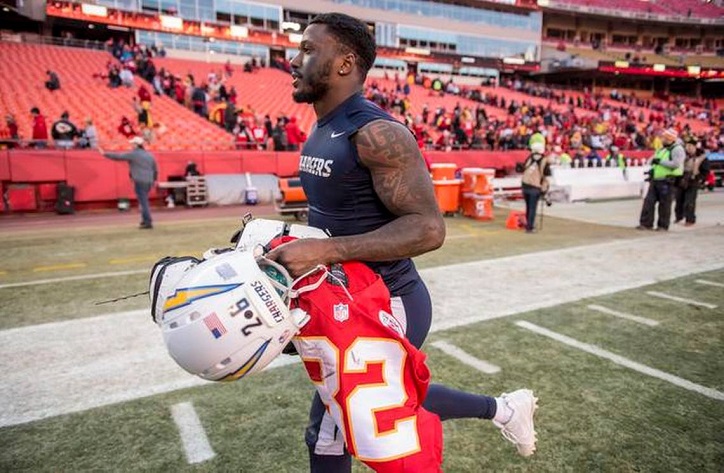 During the season, he accumulated sixty-five tackles, fourteen pass deflections, and two interceptions.

In September of 2011, Brandon signed an extension contract for a 5-year term with Kansas City Chiefs for a whopping amount of USD50 million with USD22 million guaranteed.

In June of 2014, Brandon quit Cheifs and signed a year-long contract with San Diego Chargers. On 28th September 2014, Brandon hit his 1st interception against Jacksonville Jaguars.

The first season with Chargers saw Brandon accumulating 52 tackles (of which 48 were solo), three interceptions, and ten passes defended in fourteen games he played.

Brandon signed another 4-year contract with Chargers for USD36 million. He switched his number to 24 from 26 after Ryan Mathews departed.

Brandon suffered a concussion which saw him being placed on injured reserve. He had just played 6 games prior to concussion in 2016. The team finally released him in March 2017.