An American Football offensive tackle player, Bryan Bulaga was drafted by the Green Bay Packers in the 2010 National Football League (NFL) &, at the age of 21, started his Super Bowl journey as the youngest player.

Bryan Bulaga grew up in Crystal Lake, Illinois, along with his polish Parents & brother Bill Bulaga.

He has a small tattoo on both his arms, the words being sila in Polish meaning strength & pycha meaning pride.

He started playing American Football as offensive tackle & tight end position and sometimes at the defensive end too, during his schooling days at the Marian Central Catholic High School in Woodstock, Illinois.

Later as a senior at the Marion Central Cane High School Football Team, he often has played at the linebacker position.

But in the final to lose the Championship to the Springfield Sacred Heart-Griffin High School to take the second place in the State High School Football Playoffs. 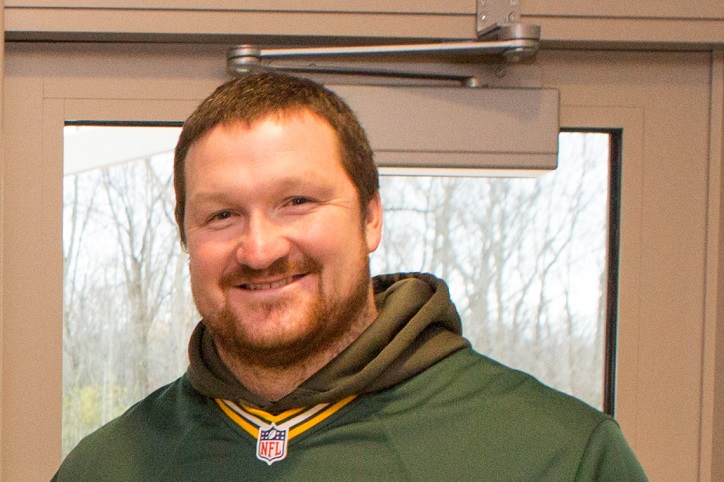 Numerous Athletic Scholarships were offered to Bulaga by prospective colleges to play football including the University of Wisconsin, University of Nebraska, and Oklahoma State University.

Ranking sixth in the college prospects in Offensive tackle position & since being interested in playing the offensive line only, Bulaga chose the University of Iowa, where he was promised the offensive position by the coaches.

Bulaga’s entry into the college American Football was quite explosive. Starting in the position of Left Guard in 2007 as a true freshman, he went on to play in the left tackle position by 2008 for the Iowa Hawkeyes.

In 2007, he also made it to the team list of the Freshman All-Big Ten of The Sporting News and got listed as the All-Big ten player by the coaches for selection of the second year football team by College Football News in 2008.

By 2009 Bulaga’s offensive tackle position was at its powerful best to be ranked at number three by Rivals.com and to be nominated for the Outland Trophy, that year.

That season Bulaga did not play the initial three games due to a thyroid ailment but returned later to play all the other remaining games for the Iowa Hawkeyes which included their emphatic 24-14 win in the 2010 Orange Bowl over the Georgia Tech Yellow Jackets Football team of Atlanta, Georgia. 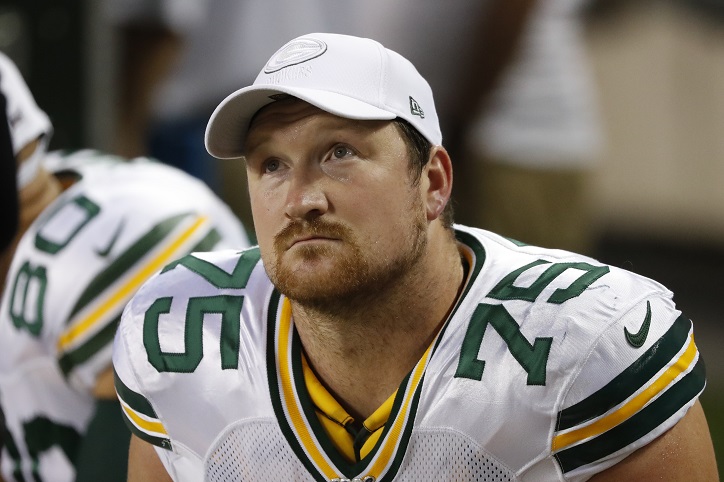 By 2010, Bulaga had cleared decided on his professional career & accordingly made a public statement on giving up his final season of college to pursue the 2010 NFL draft.

After being selected by the Green Bay Packers in the first round itself in the 2010 NFL draft, Bulaga started as a back-up offensive lineman that season.

He got his first game against the Washington Redskins in the fifth week of that season & later went on to play all other games, finally to make it to the NFL All-Rookie team list by the end of that season.

Bulaga’s 2012 & 2013 NFL season was prone to injuries, wherein the former was placed in the injured reserve list due to hip injury whereas it missed the entire season in the latter due to a torn ligament during workouts.

Bulaga had one of the finest NFL seasons in 2014, where he played in 15 of the 16 games, propelling the team with his impressive performance in the offensive line position.

In March 2015, he signed a five-year contract with the Green Bay Packers but was sidelined due to ankle sprain in November & to be declared inactive later for another 13 weeks.

He suffered another torn ligament injury in 2017 & remained out of the games for the rest of the season.

On completion of his contract period with the Green Bay Packers in 2020, Bulaga moved to the Los Angeles Chargers, signing a three-year contract, worth $ 30 million.

How Much Does a Lawyer Get from a Car Accident Settlement?