Standing at 6’4” tall and weighing over 287 lbs, Cameron Jordan is a professional NFL player Since his debut has represented only one single team throughout his career starting from 2011 – New Orleans Saints.

He plays a Defensive End position for them. Interestingly, Cameron’s father is Steve Jordan who was a professional NFL player plying his trade for the Minnesota Vikings. His mother’s name is Anita Jordan.

Cameron was born on 10th July 1989 in Minneapolis in Minnesota. As far as his schooling is concerned, he went on to attend the Chandler High School located in the state of Arizona.

At school, he excelled at two sports – Track & Field and Football. In his school he was well known for his prowess with the Discus throw here he recorded a top throw (53.54 meters). He also achieved the 10th position in the shot put when he threw 14.01 meters.

For his college, Cameron got accepted at the University of California at Berkley. During his college career, he participated in 40+ games from the year 2007-2010.

By the time he was done with his college career, he had shown glimpses of his utmost brilliance when he had 175 tackels16.5 sacks, 1 interception, 5 pass breakups. 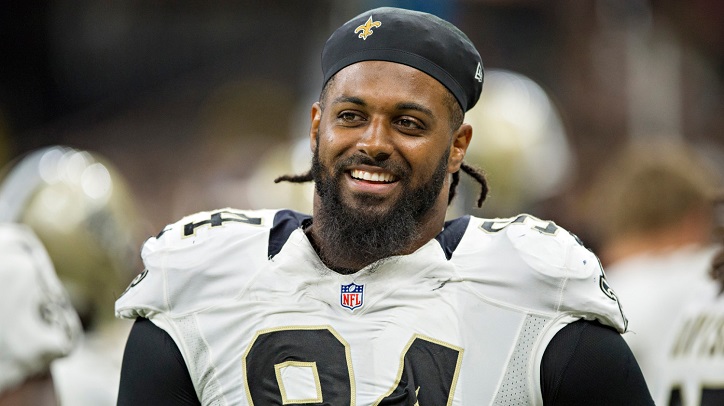 Following a decent career in school and university Cameron now trained his guns on the NFL. In 2011, he participated in the 2011 Senior Bowl event.

Even though his team lost, yet he made quite an impression and looked set to be picked up in the upcoming draft itself. In the same year in March, he was ranked in 2nd position for Best Defensive End Prospect by sports illustrated and draftscout.com.

In 2011, Cameron got selected by the New Orleans Saints for a 4-year contract which was worth 7.73 million dollars and a signing bonus of 4.12 million dollars. He made his debut against the Green Bay Packers but unfortunately, the Saints lost the match (42-34).
At the end of the season, he had 31 combined tackles, 1 sack, and 4 pass deflections under his belt. In his debut season, his team earned a position in playoffs by finishing first in the NFC South. In the next season, he scored better and participated in 12 games.

His 2012 stats are – 3 pass deflections, 8 sacks, two fumble recoveries, and 67 combined tackles out of which 41 tackles were solo.

In the 2013 season, he participated in 16 games and had 4 pass deflections, 2 forced fumbles, 2 fumble recoveries along with 47 combined tackles out of which 29 tackles were solo.

In the next season in 2014, he was retained in the starting line by the head coach of the saints – Sean Payton.

In that season he played in 16 games and started in all of them and his scores were 1 interception, 7.5 sacks, 5 passes, and 51 combined tackles out of which 32 were solo. 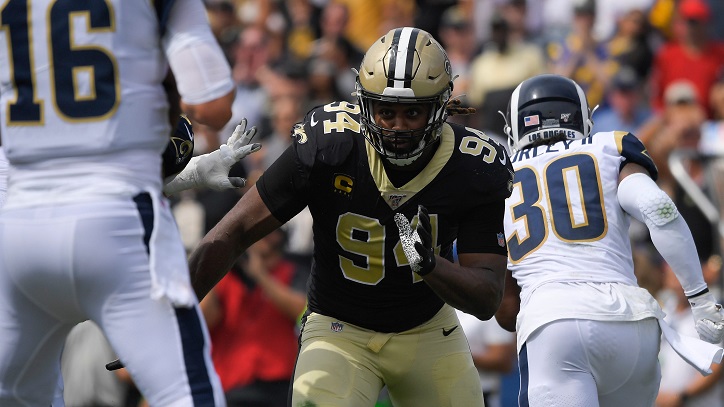 The next season in 2016 brought some great news for Cameron as he got re-signed by the Saints for a whopping amount of 55 million dollars and a signing bonus of 15 million dollars.

The contract that was offered to him included performance incentives 22 million dollars at the times of signing and a clause to opt-out of the contract in 2019. In that season he had scored 10 sacks, 5 pass deflections, 2 fumble recoveries, and 45 combined tackles out of which 32 were solo.


In the next season in 2016, he played in all 16 games and had scored 58 combined tackles out of which 40 were solo, 6 pass deflections,7.5 sacks, and a single forced fumble.

In 2017, he was named as the starting defensive end along with Alex Okafor. He played in all 16 games and had scores of 13 sacks, 11 pass deflections, two forced fumbles, 1 touchdown, and an interception along with 62 combined tackles out of which 48 were solo.

In 2019, his contract got extended for a sum of 52.5 million dollars which kept him in the contract with the saints till 2023.

Snapchat: Get to Know the Popular Social App