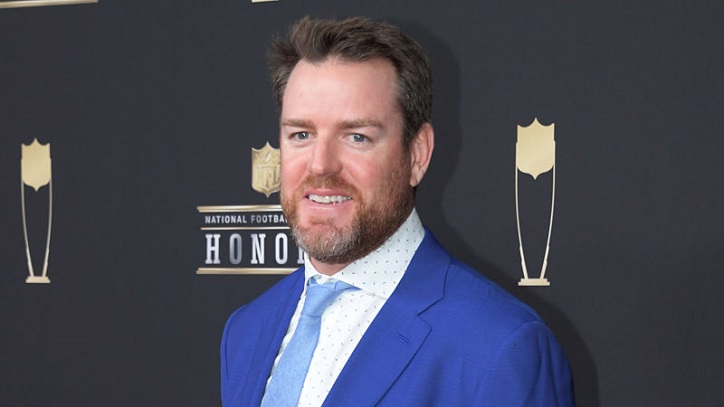 Palmer had impressive height and arm strength for his age when he was in seventh grade. Thus his father, Bill Palmer, sent him for private classes with Bob Johnson, a quarterback guru, in Orange County.

Palmer was so good as a quarterback on the freshmen squad that varsity team members would stop their practices just to see him play.

Palmer started getting offers from the USC, Notre Dame, Colorado, Miami (Florida), and San Diego State, owing to an excellent start in his junior year.

He continued his excellent junior class performance even in senior classes, which helped him cement himself as one of Santa Margarita Catholic High School's most esteemed players ever.

He led Orange County in his senior season at an impressive quarterback of 203.9.

Despite suffering from a stress fracture in his right foot, he was selected to the first-team all-league and All-CIF. Palmer finished his high school career with two consecutive CIF championships and 27 school records. 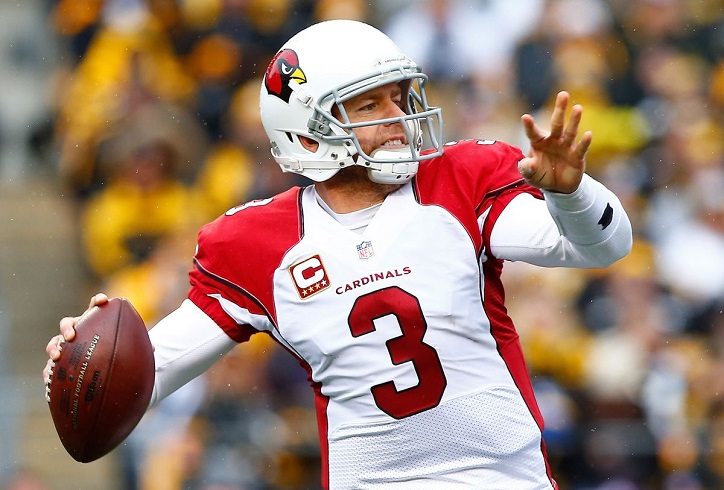 Born on December 27, 1979, in Fresno, California, Carson Palmer is a former football player. He played 15 seasons of the National Football League (NFL) for Cincinnati Bengals, Oakland Raiders and Arizona Cardinals.

He started playing football during his college days at the USC and won the Heisman trophy in 2002.

Carson Palmer is a former quarterback who was named the first overall pick by the Cincinnati Bengals in 2003. He played for the Arizona Cardinals in 2017 for the last time. Palmer also played for the Oakland Raiders during a 15-year career.

In 2005 he led the Bengals to their first winning season since 1990. 2015 was Palmer's most productive year as well as being named by All-Pro Second Team, which led Cardinals to the NFC championship game.

Carson Palmer got a major setback in his career due to continuous injuries, which led him to announce retirement after the 2017 season.

During his 15-year long career, Palmer earned $174 million from his play. The last contract Palmer signed with the Cardinals in 2014 was a $49 million three-year extension.

As a result, Palmer pocketed his biggest $19 million paychecks that year, which included a $9 million base salary and a $10 million signing bonus.

The 40-year-old received a total amount of $17.5 million in the final year of his career, which included a $15.5 million base salary and a $2 million roster bonus. 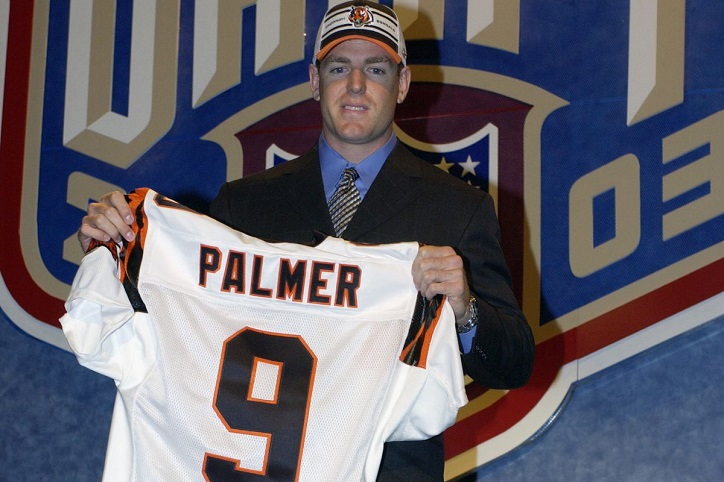 Apart from that, Carson Palmer did several TV commercials as well. One of the earliest ads that he appeared in was for John Morrell & Co., promoting their hot dogs.

Besides this, Palmer has appeared in as many as three commercials for Japanese automobile manufacturer Nissan.

In November 2016, Carson Palmer wore custom cleats to boost awareness for the Phoenix Children's Hospital Foundation through the My Cause My Cleats initiative.

He has also hosted many games on the Win-Win fantasy website, where players pay a small fee to join their favorite athletes in various sports games. The participation fee then goes to the host athlete's lovemaking charity.

He won several awards and achievements during his 15-year long football career. Some of the notable ones are: