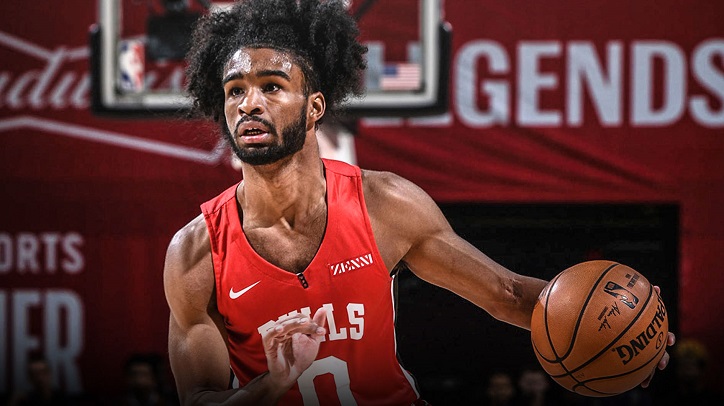 6 ft 5 in tall Alec Jacoby White is not known to many by that name. In an interview, White had stated that only his elder sister, Tia, is allowed to call him that. He instead goes by the more popular variant "Coby", a name which has stuck since one his aunts started calling him that when he was very young.

But more than his name, or his long and bouncy Afros, or even his permanent smile, White sticks as that nimble player who wears pink shoes at ever basketball game he plays.

White has been with National Basketball Association (NBA)'s Chicago Bulls for a very short time, since July of 2019 to be precise, but is one of the most promising point guards with incredible scoring skills at present.

White was born on 16th February 2000 in Goldsboro, North Carolina. When he was drafted in the first round of the 2019 NBA Draft, is the overall 7th pick, he was only the second guy from his state to be picked in the first round itself, only after legend Michael Jordan. And there is a good reason why White was considered hot property by the NBA. 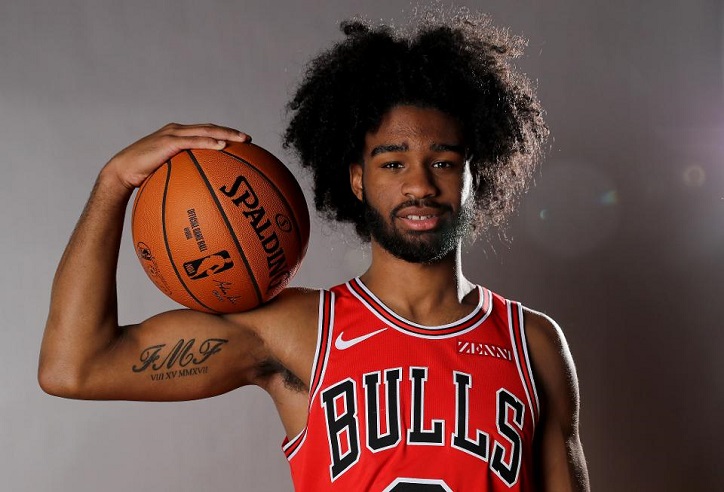 White's father, the late Donald White, was a seasoned basketball player himself in the early '70s. He played at the North Carolina Central and had a lot of useful tips to pass on to his youngest child. White's mother, Bonita, has remained strong support to her son, along with his elder brother, Will, his sister, his friends, and teammates.

White's father had retired by the time his youngest had reached high school. He used to drop and pick him up from his school, and those drives included a lot of talks and fun ideas for pranks.

While White attended the Greenfield School, he was a combo guard and had a total score of 3,573 over his four-year high school basketball career with them. He remains the top scorer of his school of all time after beating the previous record-holder, Jameson Curry.

Donald White had set two goals for his son by the time his high school career came to an end: to be named in the McDonald's All-American team and to win the state championship. Although White achieved the first, he sadly could not achieve the second goal. Even more unfortunately for him, his father had not lived to see his son scale new heights because he died of liver cancer in August of 2017.

Since then, he has always worn pink shoes to his basketball games in remembrance of his father and other family members who were victims of cancer.

White joined the University of North Carolina after signing a letter of intent for the same. While with N.C. Tar Heels, he mainly played as a point guard and continued to display exemplary basketball skills. He beat Jordan's record of North Carolina's freshman scoring list with a total tally of 469. He had an impressive run with the Tar Heels, including three 30-points matches.

He also had 82 three-pointers to his name as a North Carolina freshman, which is another record he holds. After one short year, White declared for 2019 NBA Draft. 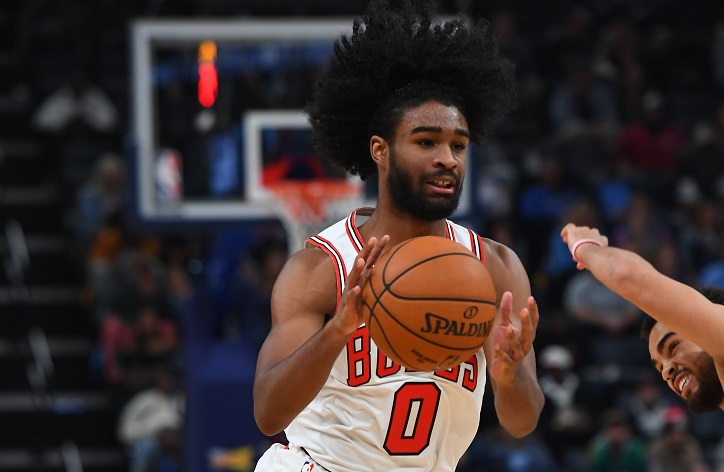 White continues his trend of creating records with the Bulls. In November of 2019, he created a new one by dunking seven 3-pointers, all in the fourth quarter of a match against the Knicks. Kyle's $5.3 million contract with the Bulls has helped him buy a house for his mother and invest more in keeping up his health.

In a recent interview, White revealed that with 82 matches in a season, it's nothing like what he's seen before. Although known to be a gym rat, he listens to when his coach asks him to rest and has fun while trying to play his best for his team.

White is known for his natural talents such as his incredible 3-point shooting, speed, height, and ability to split double teams easily.