Cole Beasley is one of the most popular names in the NFL. He is an enigma that has managed to balance both his personal and professional life.

He met his wife two years before the birth of their eldest son Ace. The couple spent two years together before they decided to tie the knot. They got married on July 24th in 2014.

The ceremony was held at a church in Texas, in front of friends and family.

Cole Beasley was born on 26th April 1989 to his proud parents, Danette Beasley and Mike Beasley, in Houston, Texas. Mike Beasley has a big hand in Cole's being a football star.

Mike Beasley is now a retired high school football coach. Cole's family has always supported him. It also includes being present for each of his games. At least one family member is always present during the games to offer their support. 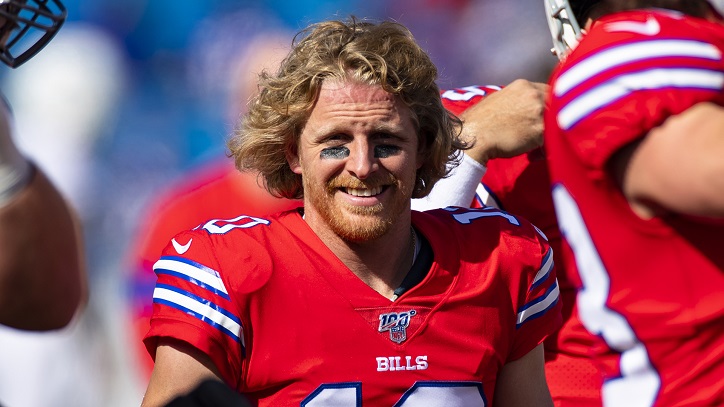 Cole grew up in Texas with his brother Shyane Beasley. He has no other siblings. Other than spending time with his adorable family, Cole Beasley spends his free time reading magazines, playing video games, watching tv-series and movies, or training hard at the gym.

Before he became the wide receiver for Buffalo Bills and Dallas Cowboys, Cole Beasley played football as the quarterback.

He attended the Little Elm High School in Texas, where he led the high school team to victory. Rivals.com put Cole Beasley up as a two-star recruit when he played for Little Elm.

He played several games for the university till his senior year. His college career amounted to 255 receptions for 2.959 yards and 14 touchdowns.

Cole Beasley is one of the many players who entered the 2012 NFL Draft. He didn't make the draft but was later signed by the Dallas Cowboys.

He perfected his skills over the years he played for the Cowboys. After his first contract with the Cowboys came to an end in 2015, they signed him again for four more years.

Cole Beasley got the opportunity to play in more games during the 2015 season, as the team's wide receiver was out due to an injury.

After his successful run with the Dallas Cowboys, Beasley decided to sign with the Buffalo Bills. He again signed a four years contract with the Bills in 2019. 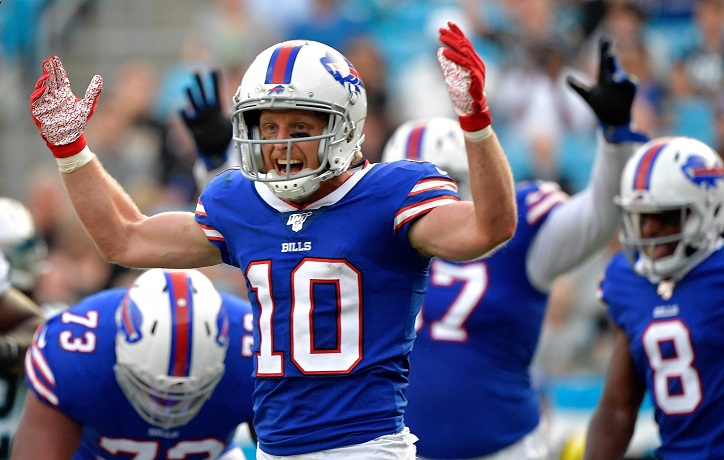 Many are still shocked about Beasley's decision to leave the Dallas Cowboys for the Buffalo Bills, but the decision came down to the best offer.

Buffalo Bills offered Beasley a four-year contract for $29 million. Dallas Cowboy couldn't match the offer, and the rest is history. However, the decision wasn't based on money alone.

In one of the new conferences, Beasley said that Buffalo Bills provided him better opportunities to improve and showcase his skills.

His current regular-season career-high stats are posting 75 receptions for 833 yards in 2016 for the Cowboys, and 6 touchdowns in 2019 for the Bills.

In the postseason games, Cole Beasley registered 7 receptions for 101 yards in 2014 when he played for Dallas Cowboys. The score wasn't repeated in the following years, in the games.

Here a fact about Cole Beasley that only the die-hard fans know. He is also a fabulous singer. In the year 2017, he released his first single '0 Stings.

2018 marked the debut of his album 'he Autobiography. The album was produced by his business partner Victor Clark. Clark and Beasley own an independent record label ColdNations Records.