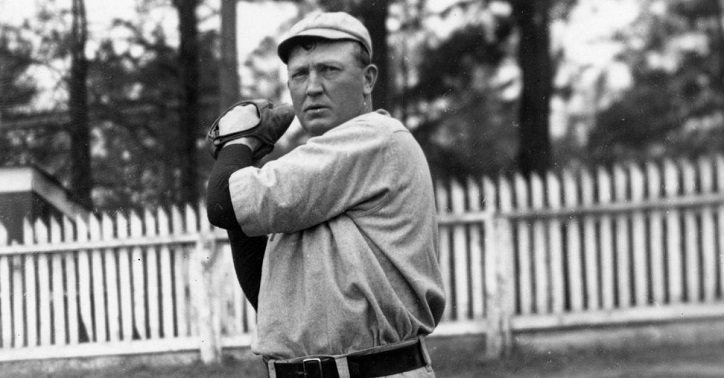 Talk about the greatest pitchers, heck, even players in the history of baseball, and Cy Young's name will surely crop up. Fights have broken over whether he is the greatest pitcher of all time or not, but experts have proclaimed that although he's very close to it, he's not number one. Young's claim to fame is not just his technique but also the impressive number of wins under his belt. There are many who consider Young's achievement's unbeatable.

Young was born as Denton True Young on 29th March 1867 in Gilmore, Ohio. He was the eldest child of the four children of McKinzie Young Jr. and Nancy Mottmiller. Young was raised on a farm that was gifted to his father by his grandfather. He had to give up formal education after the sixth grade because he had to help his family out at the farm, thus earning him other nicknames like "Farmboy Young" and "Farmer Young".

Although primarily engaged in farming, Young made time to play some amateur and semi-professional baseball during his youth as a right-handed pitcher as well as second base. While playing with a team based out of Carrollton in 1888, Young's scores were recorded on the board for the time, and he played first base. Based on his performance in that match, he was offered a position with a professional, Tri-State League team out of Canton, Ohio. 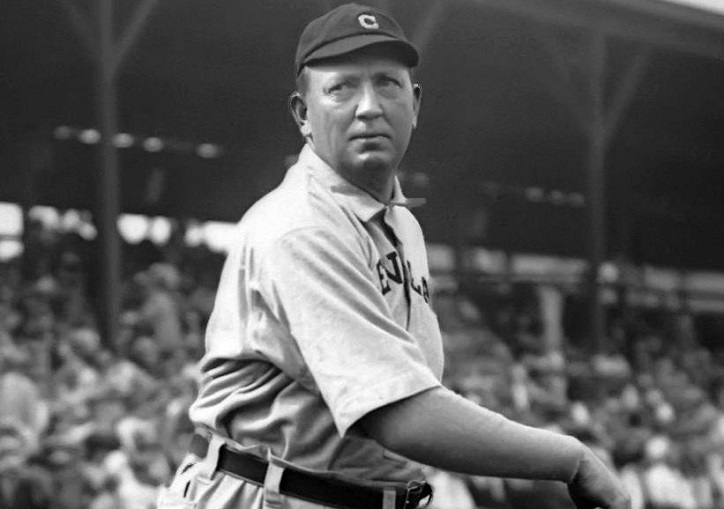 The young with a rustic background shocked his peers and critics alike. His fastball skills, which were known to tear through old days scoreboards, also earned him his famous nickname. Fences that ringed the venues at which Young played ended up badly damaged like they were hit by a cyclone. Young became more famous as Cy Young than Dent Young, and he chose to go with that name for the rest of his career.

Young spiked the interest of professional scouts for the National League of Professional Baseball Clubs, which was the most important baseball organization in the country at that time. So in 1890, Young was selected to be a part of Cleveland Spiders.

During his time with the Spiders, most of the pitches thrown by Young were caught by Chief Zimmer, and this pitcher-catcher duo, or battery, is considered to be the best in baseball history even today. It as said that Zimmer had to place a thick piece of beefsteak inside his baseball gloves to cushion if plans from the super hard-hitting pitches from Young.

Young's talent impressed Chicago Colts' manager so much that he offered to pay Spider's manager $1,000 for Young, but his offer was declined. Two years into professional baseball, Young's pitching speed became one of the reasons behind moving a pitcher's position back by five feet. During the 1895 Temple Cup series, Young added the "slow ball" technique to give his pitching arm some relief from intense throwing, and this is a practice used even today, called "changeup".

Young was vital in the Spiders winning several matches and a few series too. When Spiders owner bought the St. Louis Browns, some of the Spiders players were moved to it in hopes of improving its performance dramatically. One of the rotated players was Young but this trick didn't help. Both Spiders and the Browns fared poorly for a couple of years. But the silver lining was Young meeting his favorite catcher of all times, with whom he partnered in matches for a decade - Lou Criger.

Young's next move was to American League's Boston Americans, along with Criger. He continued to dish out stunning performances and was credited 42% of his new team's win single-handed. When the first World Series was held in 1903, Boston Americans were pitted against the Pittsburgh Pirates, and Young had the owner of being the first pitcher ever of the World Series. 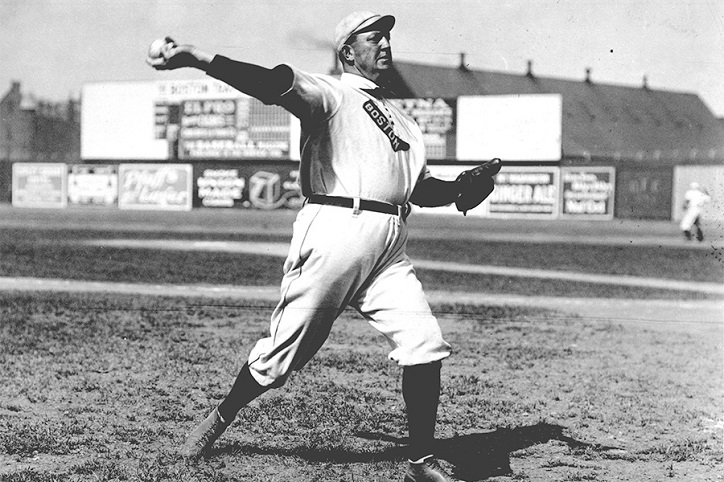 Although his team lost the game, Young went on to help it win several others after that, including a match against the Philadelphia Athletics during which he was able to give a fitting response to their star pitcher, Rube Waddell, by pitching the first perfect game ever in the history of American League.

Young then went on to create more records, despite being one of the oldest pitchers still active. He spent the final years of his career with the Cleveland Naps and Boston Rustlers before retiring with one last glorious win in 1911 against the Pittsburgh Pirates.

Young retired from active baseball to his farm and managing Federal League's Cleveland Green Sox. After the passing of his wife, Roba, in 1933, Young tried his hand at a few odd jobs and finally settled with his friends Ruth and John Benedum. he lived with them until his demise on 4th November 1955.

It would difficult to encapsulate all the achievements by Young in a single article because he was responsible for multiple baseball records, some of which remained undisputed for over a century, while some still remain. Notable of these are the large number of games won in the history of baseball (511) and most number of wins by a player at the ages of 34 (33), 35 (32), 36 (28), 37 (26), 40 (21), and 41 (21). Due to his contributions, both league's top pitcher is awarded the Cy Young Award every year even today.