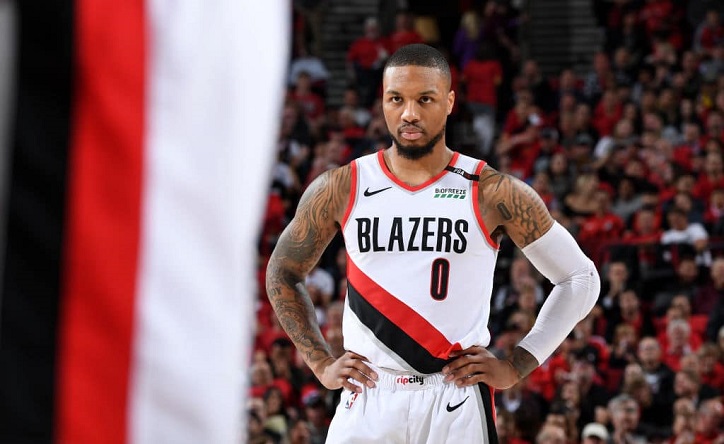 Damian Lillard, a professional basketball player in the National Basketball Association (NBA), plays for the Portland Trail Blazers as a point guard. An American by birth, Lillard weighs 195 lb, with a height of 6 ft 2 in.

In 2012, Adidas decided to offer him a sponsorship deal. He renegotiated the contract in 2014 and got a new one which extends beyond 10 years. The athlete also got a deal with Coca Cola Company’s subsidiary, Powerade.

He endorsed several brands, such as Moda Health, JBL, Foot Locker, Panini, and Spalding. The athlete also has a contract with Hulu, to promote the streaming service’s live sports category. After meeting Kay’La Hanson, his girlfriend at Weber State, the two started dating. They had a child together on March 29, 2018, Damian Jr. 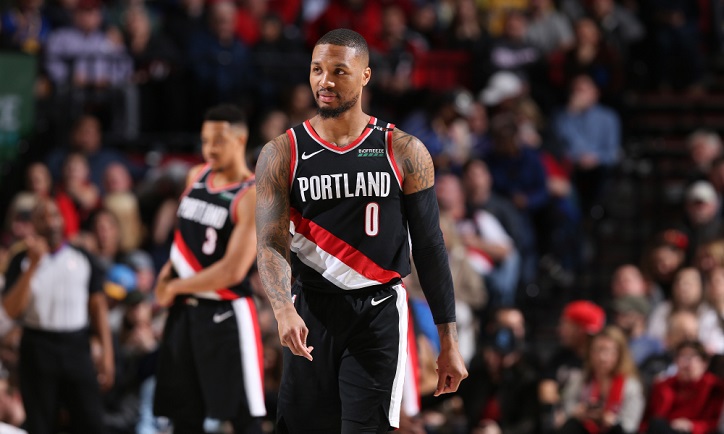 Life as a musician

Although a lot of people know Damian Lillard as a basketball player, he is also a rapper and hip hop artist. He goes by the stage name Dame D.O.L.L.A, which is short for Different On Levels the Lord Allows.

Eugene “Baby” Vasquez and Brookfield Duece, his cousins and rappers, played a significant role in influencing the athlete to be a musician. He is the owner of FrontPage Music, a record label. Lillard also released three albums – The Letter O, Confirmed, and Big D.O.L.L.A in 2016, 2017, and 2019 respectively.

Lillard joined St. Joseph Notre Dame High School, located in Alameda, California, during his sophomore year. Due to insufficient playing time, he joined Oakland High School, to a player under Orlando Watkins. Although he had a good record during his high school career, he didn’t have a high rating among scouts.

Lillard joined Weber State, after receiving a scholarship from them to play for their basketball team. He became a part of the Big Sky Conference Freshman of the Year, thanks to his performance in the squad.

At the end of the season during his sophomore year, he got the Big Sky Player of the Year award, thanks to his average of 19.9 points. While playing against San Jose State on December 3, 2011, he scored 41 points, a career-high in college. 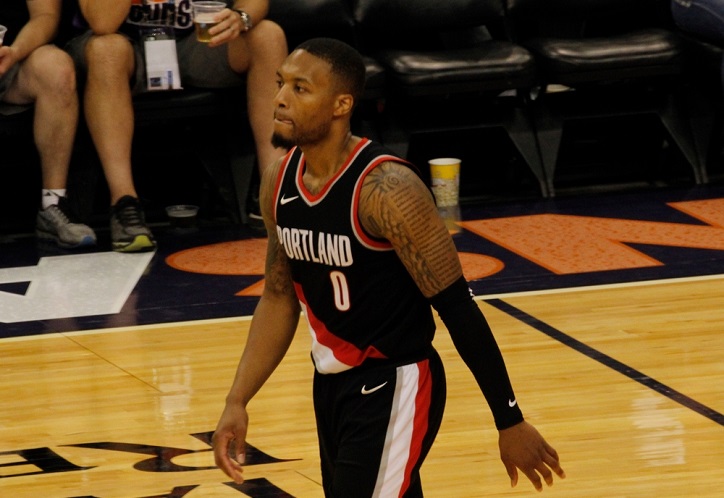 In 2012, Lillard decided to skip his senior season, so that he could be in the NBA draft. Portland Trail Blazers selected the athlete as their sixth pick. In his debut match against Los Angeles Lakers, he scored 23 points with 11 assists.

He won the Skills Challenge in the NBA-All Star Weekend. The athlete was also the Rookie of the Month during the entire Western Conference Season. With an average of 0.90 steals, 3.1 rebounds, 6.5 assists, and 19 points, he went on to pick up the NBA Rookie of the Year Award.

As he scored 185 three-pointers in the 2012 – 2013 season, he broke the all-time record for rookies. Lillard got named in the All-Star team during the 2013 – 2014 season, a first in his career. He also helped the Trail Blazers to the playoffs, by beating Houston Rockets with a three-point buzzer-beater.

In the 2014 – 2015 season, Lillard played all the matches (82 games) in the series. He was also a part of the All-Star game after Blake Griffin suffered from an injury.

Portland Trail Blazers extended his contract to five years, with a deal worth $120 million. He scored 600 three-pointers in 247 games, the fastest for any player in the history of the NBA. In the first five seasons of his professional career, he was the only player, other than LeBron James and Michael Jordan to collect 2,000 assists and score 8,000 points.