DeMarco Murray is one of the most popular football players to have played in the NFL. A former running back, Murray played seven seasons in NFL.

He was selected three times in Pro Bowl and once All-Pro. Murray has been ranked #4 by NFL for his overall performance as a running back.

DeMarco Murray was born February 12, 1988, to Lorraine Travis and Kevin Murray. He has seven siblings including three brothers and four sisters.

He attended Bishop Gorman High School in Las Vegas, Nevada where he was involved in sports including basketball, football, and track running.

During his time playing for high school, their football team became Conference Champions thrice, the basketball team won the state title in 2005, and Murray got membership in the 4x100-meter relay squad.

In 2006, he accepted an offer with the University of Oklahoma. From 2006-10, Murray played college football for the OU Sooners while pursuing a Bachelor’s degree in communications with a double minor in African American studies and business.

In Murray’s debut 2007 Sooners game against North Texas Mean Green, Murray made a record by scoring five touchdowns and 87 yards.

He set another record in Oklahoma football history by running for 92 yards to victory against Utah State. He finished the season by logging 764 yards and 15 touchdowns.

The next season proved successful for the Sooners with Murray leading their football team to victory in almost every game. He recorded four receiving touchdowns, 395 receiving yards, 14 rushing touchdowns, 31 receptions, and 1,002 rushing yards.

He was recognized as the fifth player to have scored 60 touchdowns as a college student in Big 12 conference history. He was also credited for being an all-time leader in all-purpose yards, kickoff return average, and receiving yards.

Following graduation, Murray signed a $2.97 million contract with a $622,000 bonus as part of a deal with the Dallas Cowboys.

In his first season, Murray became the 14th rookie player with the highest number of receptions and the second among running back players having 26 receptions.

His 897 rushing yards earned him the 22nd position among all running back players and ninth in the NFC. 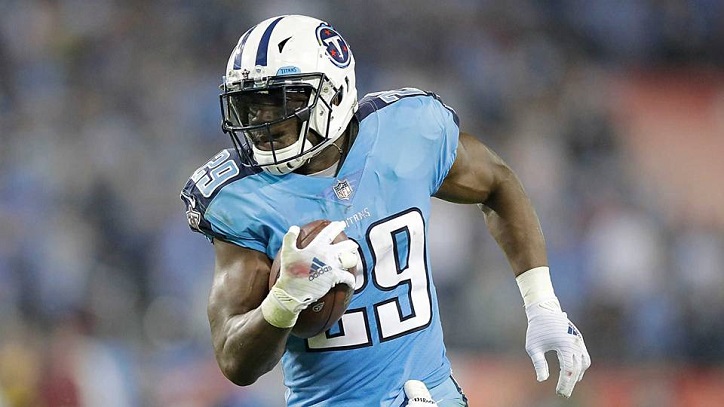 Murray injured his foot the next season which led him to miss six consecutive games. Despite the setback, he delivered a successful performance by scoring four rushing touchdowns, 251 receiving yards, 35 receptions, 663 yards, and 161 carries.

A strong opening in the following season was marked by an MCL injury which led Murray to miss two games. Upon recovery, he finished the 2013 season with nine rushing touchdowns and 1,121 rushing yards.

In his final season with the Dallas Cowboys, Murray was recognized as the player with the most rushing yards. He was named to his second Pro Bowl and was a First-Team All-Pro.

He earned the fourth place on the NFL Top 100 Players of 2015 category. Murray played the 2015 season with the Philadelphia Eagles and the next two seasons with the Tennessee Titans.

He struggled to adjust in his position with the Eagles and scored a mere 702 rushing yards and made just more than 20 carries in two games. Murray had a successful following season with the Titans where he made 293 carries and over 1,287 rushing yards.

He met with a knee injury in the 2017 season and finished it with one receiving touchdown, six rushing touchdowns, 266 receiving yards, and 659 rushing yards.

Murray announced his retirement from the NFL in July 2018. Following this, he served as the running backs coach for the Arizona Wildcats football team for one year.

Since January 2020, he has been working as the running backs coach for the University of Oklahoma.