Born on July 31, 1982, Demarcus Ware is a retired American footballer and played as an outside linebacker and defensive end. He was born and raised in Auburn, Alabama, and did his schooling from Ogletree Elementary School.

During his school days, Ware was a very active sportsman and played football, basketball, and baseball.

He played as a linebacker and wide receiver in school and holds the record for winning every game as a senior. He was also honored with the Top Leadership award when he was in school.

Ware attended Troy University where he played for the Troy Trojans football team. He was very agile and a dominant player when he was a senior in college.

Ware finished his college with an impressive 27.5 sacks and 201 tackles which made him a star player and prospect for the next NFL draft.

Thanks to his excellent college career, DeMarcus was expected to the first choice of franchises in the 2005 NFL draft as a linebacker.

He was picked up by the Dallas Cowboys and played for his first NFL league in 2005. In week 16 of the season, Ware scored 3 sacks and 3 forced fumbles which made him the star of the match. 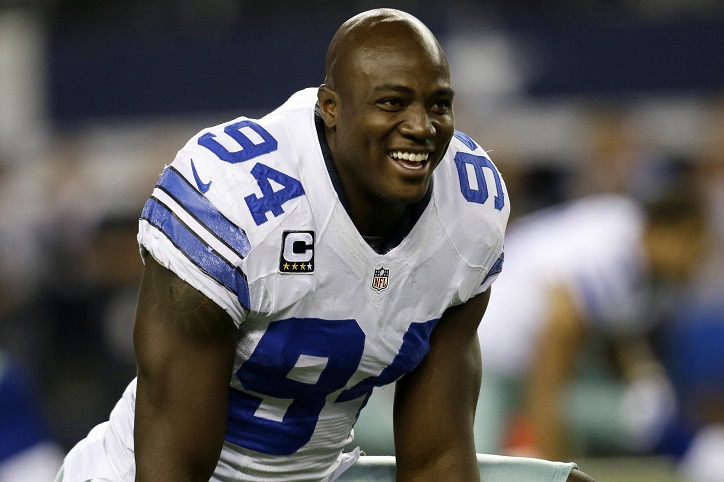 Also, he got NFC Defensive Player of the Week and the Diet Pepsi Rookie of the Week award for his excellent performance. He finished the season with a total of 58 tackles and 3 forced fumbles.

The 2006 NFL season was also rewarding for Ware as he managed to score 73 tackles, 1 fumble recovery, and 1 interception.

For his fair gameplay and excellent performance, he was named a starter on the NFC Pro Bowl team. Not only that, but The Associated Press also named him as the Second-team All-Pro.

Ware signed a six-year, $78 million contract extension with the Cowboys in 2009, making him one of the 10 highest-paid defenders in NFL history.

During the NFL 2011 season, Ware created a new record by becoming the first player in NFL history to post multiple 20+ sack seasons. He also became only the 29th player in the history of the NFL to reach more than 100 sacks.

He played for 2 more seasons with the Cowboys after that he was released from the franchise. Ware was then picked up by Denver Broncos by signing a three-year, $30 million contract.

He finished his first season with Broncos with 1 tackle, 10 sacks, one interception, one pass defense, and two forced fumbles. This made him the Pro Bowl champion that year.

He played for 2 more seasons with Broncos and on March 13, 2017, he announced his retirement from the NFL. In his complete career, he played a total of 178 games and scored an impressive 654 combined tackles and 138.5 sacks. 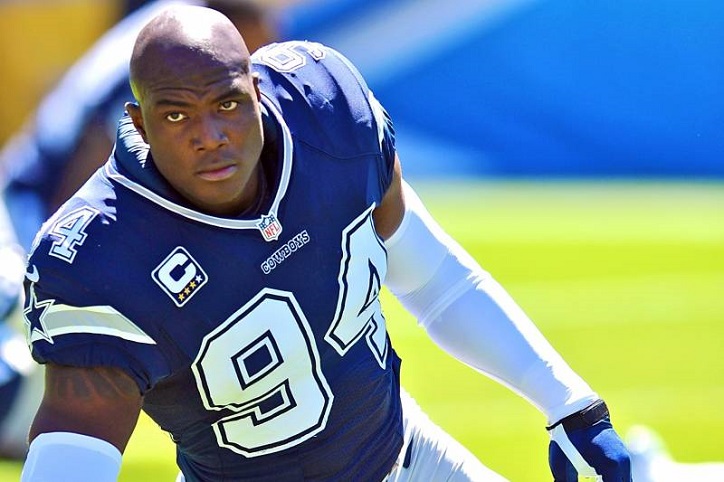 Some of His Achievements and Accolades are:

DeMarcus Ware is married to his school girlfriend and a former Air Force member, Taniqua Smith. They together had a son in 2010 and also adopted a baby girl, Marley.

He is also active off-field as he competed in the season 27 of “Dancing with the Stars”. He finished in joint seventh place with his partner Emma Slater.

One fun fact about Ware is that he always wanted to retire with the Cowboys, so before announcing his retirement, he got released from the Broncos and signed a 1-day contract with the Cowboys.