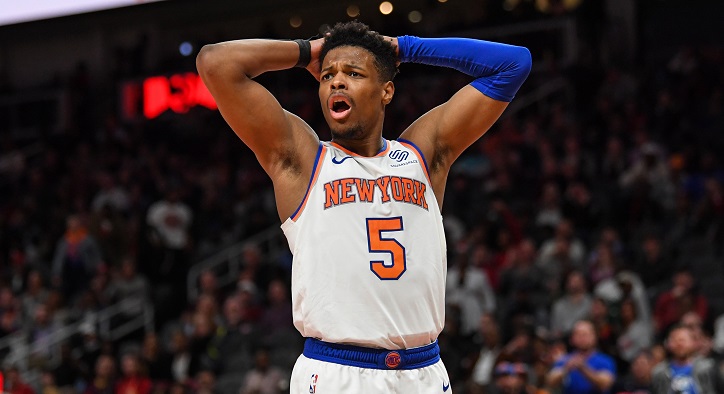 Dennis Smith Jr is a basketball player who was born on 25 November 1997. He currently plays for the NBA’s New York Knicks. Many basketball recruiting firms have ranked Smith as one of the top point guards in the 2016 class.

Smith went to Trinity Christian School that’s located in Fayetteville, North Carolina for all the 4 years of his basketball career in high school. In his second year of high school, Smith scored twenty-one points and earned the MVP title in a victory against Greenfield in the 2014 NCISAA 1-A State Championship.

He took part in NBPA Top 100 Camp in June 2014 that happened in Virginia. Smith also participated in the 2014 Adidas Nations. 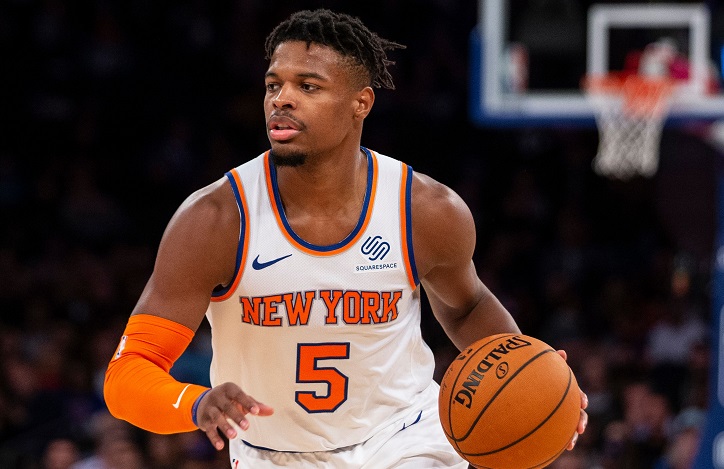 He earned the title “Gatorade Basketball Player of the Year” in North Carolina. Before his injury in 2015, he successfully led his team to roar victory in the 2015 Adidas Uprising Gauntlet 17u championship held in Indianapolis. The player suffered a tear in his ACL before his senior year, which resulted in him missing one whole year in high school. Smith was recognized as one of the finest basketball players in the 2016 high school class.

Dennis Smith got himself enrolled at the North Carolina State University in January 2016. He started out his basketball career in college by playing against Barton College and Lynn University. In Paradise Jam Tournament that took place in November 2016, Smith scored a career-high 24 points in a 73-63 victory against Saint Joseph's University.

In December 2016, Dennis Smith scored 22 points and led NC State to a victory against Appalachian State. Following this, in the same month, he has rewarded ACC Freshman of the Week title.

In January 2017, Smith scored a triple-double in a victory against Virginia Tech Hokies, which made him one of the only two players who have ever achieved this. In the same month, he recorded another career-high 32 points, leading the team to a victory against Duke Blue Devils.

Further, this leads the North Carolina State to its first victory at the Cameron Indoor Stadium since 1995. In March 2017, Smith earned the “ACC Rookie of the Year” title. In 2016 and 2017, he averaged a total of 18.1 points, 1.9 steals and 6.2 assists per game. Towards the end of his freshman year, Smith declared that he would be discontinuing college and entered the NBA draft of 2017. 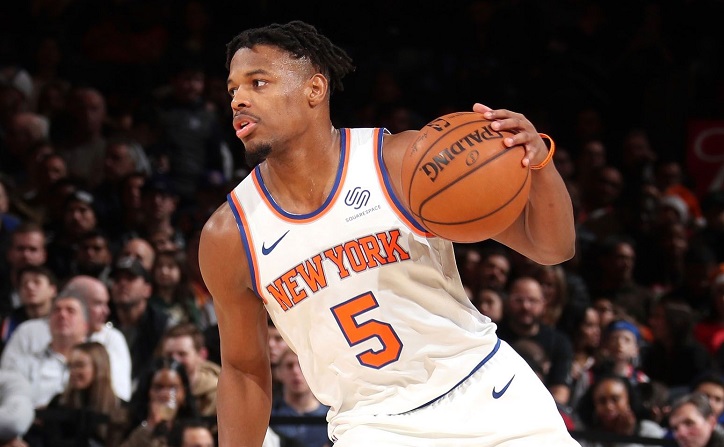 In the ninth overall selection in the 2017 NBA draft, Smith was picked by Dallas Mavericks. He signed his contract (rookie) with the Dallas Mavericks in July 2017. Though he was out of action for the 2017 NBA Summer League, Dennis made it for the event in Las Vegas. Of the total 6 games he played for the Mavericks, he scored 17.3 points, 4.2 assists, and 4.8 rebounds per game in less than 26 minutes of action.

For this, he was rewarded with the All-Summer League first-team honors. In the season opener of Mavericks, Smith debuted in a 117–111 loss against the Atlanta Hawks. In December 2017, Smith recorded his first triple-double by scoring 21 points, 10 assists and 10 rebounds in a remarkable 128–120 victory against the New Orleans Pelicans. At the age of 21, Dennis Smith came to be the fifth-youngest basketball player in the history of the NBA to record a triple-double.

In January 2019, Smith was traded to the NY Knicks with a few other players in exchange for players like Courtney Lee and Trey Burke.