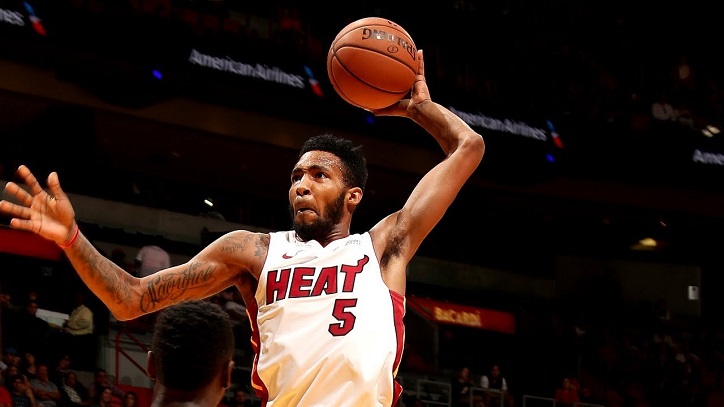 Derrick Jones Jr. is a professional basketball player of the National Basketball Association (NBA). Currently, he is playing for the Miami Heat from the position of small forward/ shooting guard. Standing at an imposing height of 1.98m and weighing 210lb Jones Jr. was born and brought up in Chester, Pennsylvania.

Jones Jr. attended Archbishop John Carroll High School situated in Radnor, Pennsylvania. There, he was part of the school basketball team who was coached by Paul Romanczuk. State tournament semis saw Jones Jr. registering 30 points along with 18 rebounds and 5 blocks.

Overall that season he scored on an average 19.2 points coupled with 10.1 rebounds and 2.3 blocks each game. Throughout his high school, he scored an aggregate of 1,645 points with 1,029 rebounds and a total of 268 blocks. Such spectacular statistics meant that he became the top scorer in his school’s long history. 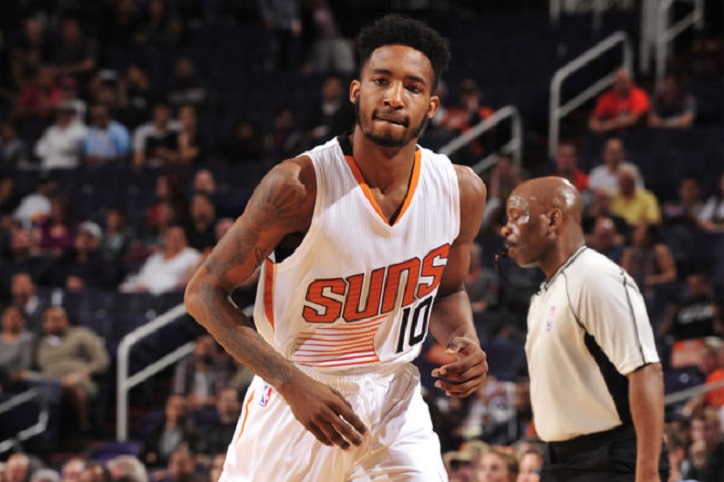 After high school, Jones Jr. joined the University of Nevada, Las Vegas. Here, he played for the university basketball team- the UNLV Runnin’ Rebels. His freshman season with the Runnin’ Rebels coincided with the National Collegiate Athletic Association’s (NCAA) 2015- 16 season.

However, just before the season’s commencement, the NCAA’s Eligibility Center expressed grave reservations about a certain testing site located in Baltimore, Maryland. This was the same testing site where Jones Jr. and several other students had appeared for their eligibility tests. So, it was decided that the ACT would re-examine all these students’ test scores.

While this investigation was underway Jones Jr. kept playing for the Runnin’ Rebels and due to his strong performance quickly became the team’s second top- scorer of the 2015- 16 season. He registered on an average of 11.5 points along with 4.5 rebounds in the 30 games he played that season. He also scored 4 triple-doubles along with a career-high 26 points and 10 rebounds in a game with the Chaminade Silverswords.

Unfortunately, in February 2016 ACT decided to cancel Jones Jr.’s score. The NCAA rules clearly specify that in such a situation a student cannot be allowed to compete in any further games. So, Jones Jr. had to miss out on the last three games of the UNLV’s season.

In April 2016 Jones Jr. declared himself for the NBA draft of 2016, however, he was not drafted. He was later picked up by the Sacramento Kings to compete in the NBA Summer League, but sadly Jones Jr. had to sit out that tournament because of a groin injury. 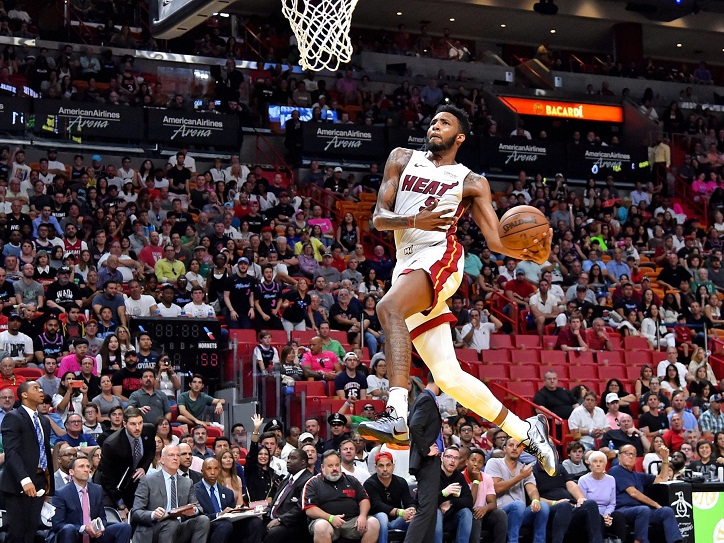 In September 2016 Jones Jr. was signed on with the Phoenix Suns. In November he made his NBA debut in a game with the Philadelphia 76ers. Most of his 2016- 17 season was spent in the NBA G League. Nevertheless, he was asked to participate in the NBA Slam Dunk Contest which he did, making it to the final round but eventually losing to Glenn Robinson III.

Instead, he wrapped up the game by scoring 2 points along with a season-high 7 rebounds and 1 assist. In a March 28th game against the Atlanta Hawks, he registered his first double-figure score when he recorded 13 points in an eventual 95- 91 loss to the Hawks.

In an April 9th game with the Dallas Mavericks, he achieved a career-high score of 15 points to lead his team to a 124- 111 win. All in all, Jones Jr. played 38 games were on an average he scored 4.7 points along with 2.2 rebounds.

In December 2017 Jones was picked up by the Northern Arizona Suns.

Shortly after in December 2017 he was signed on by the Miami Heat. His first match playing for the Miami Heat was in January 2018 against the Toronto Raptors where he registered 8 points as well as 5 rebounds, 1 assist, and 2 blocks. Jones Jr. continues to play with the Miami Heat.