Drew Christopher Brees is an American football player, playing in the position of quarterback for the Saints of the state of New Orleans.

He was born in January 1979, in Dallas, and plays under the helm of the NFL of the USA. His father is an eminent trial lawyer, Eugene “Chip” Brees II, and mother, Mina Ruth, an attorney who died in 2009.

Apparently, it’s said, that Brees is named after wide receiver player of the Dallas Cowboys, Drew Pearson. Brees claims that this is just an “urban legend”.

He has a younger brother called Reid, and when his parents got divorced, Brees was 7. His parents shared custody of the boys.

Brees claims this was something of a challenge, but the brothers were very close and supported each other through this tumultuous period in their lives.

Brees’ parents both hailed from athletic stock. His father was a basketball player for a Texas team, and his mother was a state-level player in her high school days.

His grandfather, Ray Atkins, on his mother’s side, was a veteran coach at a Texas high school. 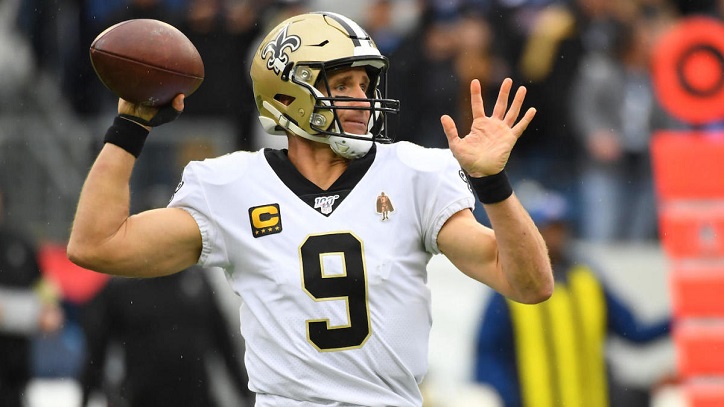 Reid, Brees' younger brother, was an outfielder for the college team of Baylor - he now lives in Colorado and works in a sales career.

Brees married his childhood sweetheart, Brittany Dudchenko, and the couple lives in New Orleans with their four children. Brees has invested in the restaurant business and is involved in charity and advocacy work.

Until he got into high school, Brees had never played at tackle football. In high school, he won letters in baseball, basketball, and football.

He thought about college baseball more than football during his high school years. After a knee injury (a ligament tear) in the eleventh grade, Brees had college recruiters and scouts vying for him.

Brees had achieved 314 out of 490 passes for 5,461 yards and 50 touchdowns, in his high school football seasons. He was notably mentioned in many newspapers and articles for his achievements at this time.

Though recruiters ran after him earlier on, when it came to actually select a college, Brees got only two offers in spite of such an exceptional high school career.

Receiving only two offers for a college football scholarship - one from Purdue, and the other from Kentucky - Brees chose Purdue for its high standing in the academic field.

He made the college proud, though his first season (freshman year) at Purdue was somewhat nondescript.

In his sophomore year, though, coach Tiller gave him the chance to captain the team.

He could have opted to try out for the draft of the NFL, but instead, decided to return to Purdue and finish his graduation. 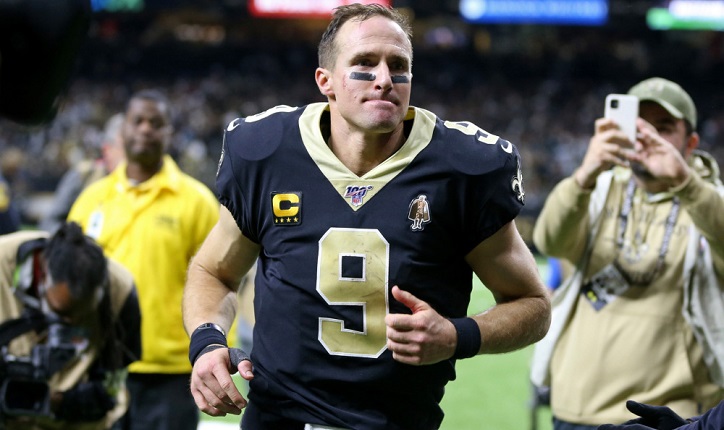 He led Purdue to victory many a time, with historical statistics of a 64-yard touchdown pass with limited time remaining. Due to the sheer play and leadership of Brees, Purdue got invited to the Rose Bowl in 2001 - this had not occurred since 1967.

In his graduate study career, Brees won awards for being an outstanding football player as well as awards in academics - for dedication and excellence.

He was inducted into Purdue university‘s hall of fame and graduated in industrial management in 2001.

Brees was relatively short for a quarterback - just 6 ft. He was selected by the Chargers of San Diego. In the season of 2002, he started all the games for the team.

He made it to the pro bowl by 2004. He led the Chargers to many victories, but after being afflicted with a right shoulder dislocation as well as a labrum tear, Brees signed up with the Saints of New Orleans in the year 2006.

Right after he joined the team, success was around the corner - Brees led the team to the Super Bowl of XLIV - the first ever in the team’s existence.

The Most Outrageous Company Acquisitions From The Last 5 Years

What is Distributive Property?