Duane Brown was born on 30th August in 1985 and played the offensive tackle position in American football in the National Football League(NFL).

During his college days, he used to play for Virginia Tech and was drafted in the first round by the Houston Texans in 2008.

Duane was born and spent most of his childhood in Richmond in Virginia. He went to Hermitage High School and was a part of the football, basketball, and track team.

When he graduated highschool Duane decided to attend Virginia Tech located in Blacksburg where he played in the Hokies under Frank Beamer’s supervision and guidance.

He weighed a 113kg when and was said to be only a three-star prospect. Duane was redshirted for the first year of college and in his freshman year played in all 13 games of the season. 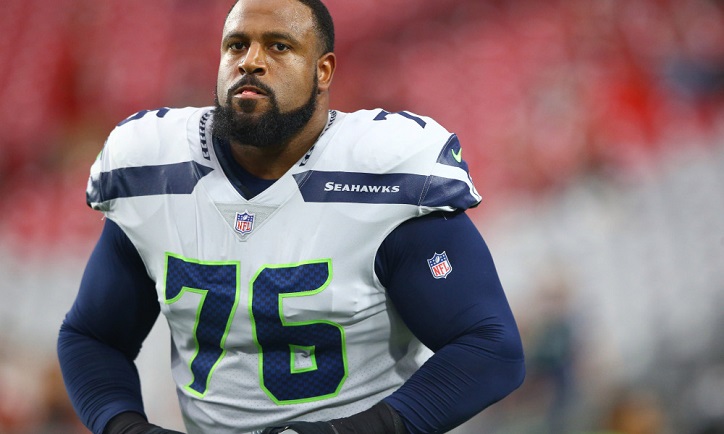 It was in 2005 he was moved from tight end to the position of the offensive tackle. He started in every game after the witch and has 673 offensive snaps to his name.

In 2007 he switched his position to left offensive tackle and that year was crowned Offensive Lineman of the Year by the Richmond Touchdown Club.

He started in all the 16 games of the season and defended his fellow team member Matt Schlaub’s blind spot in 2009.

In his 2010 season, Duane started in twelve games and allowed 6.5 sacks but zero holding penalties. In the very next year, he did not allow a single sack.

Seeing him perform so well he was offered an extension by the Texans for a six-year contract that amounted to $54.3 million which guaranteed him nearly half the amount of that.

He was already at the end of his rookie season and then the extension came which helped in securing a place in the 2013 Pro Bowl.

In 2016 Duane was injured and tore his quadriceps muscle-tendon in the very first quarter of the game against the Jacksonville Jaguars.

He underwent extensive surgery and was able to come back for the rest of the season. In the offseason, he injured his knee and had to miss the first 4 games but returned in the 5th week of the season. 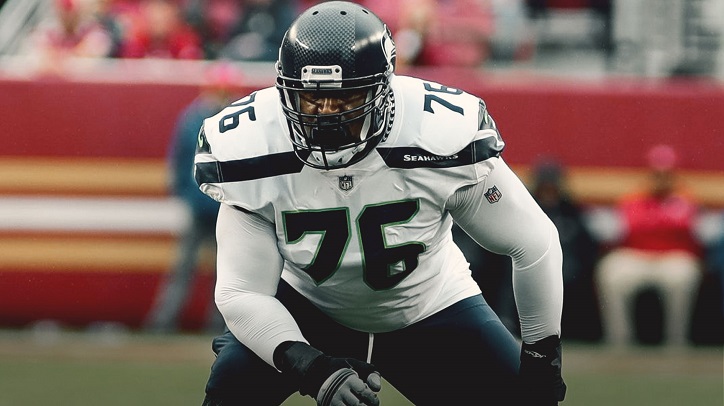 He managed to play the remaining 12 games and started in all of them. He did not attend a minicamp that was pushed to be mandatory as part of a new contract and also did not show up for training that year.

He was put on the reserve team but later returned after he had missed the first six games.

In 2017 he was traded by the Texans to Seattle Seahawks for a cornerback (Jeremy Lane). Lane failed to pass his physical tests and later a new deal was struck. In January of 2018, Duane was named to play in the 2018 Pro Bowl whilst replacing Lane Johnson.

In 2018 he signed a 3-year contract extension with the Seahawk for #36.5 million. He helped in revitalizing the offensive line of the Seahawks and was set again to play the ProBowll in 2020.

This was the 5th time he was named to play the Pro Bowl. Outside of sports he has a daughter and two sons and is married to Devon Anjelica who hosts a morning show on Sirius XM on Shade 45.