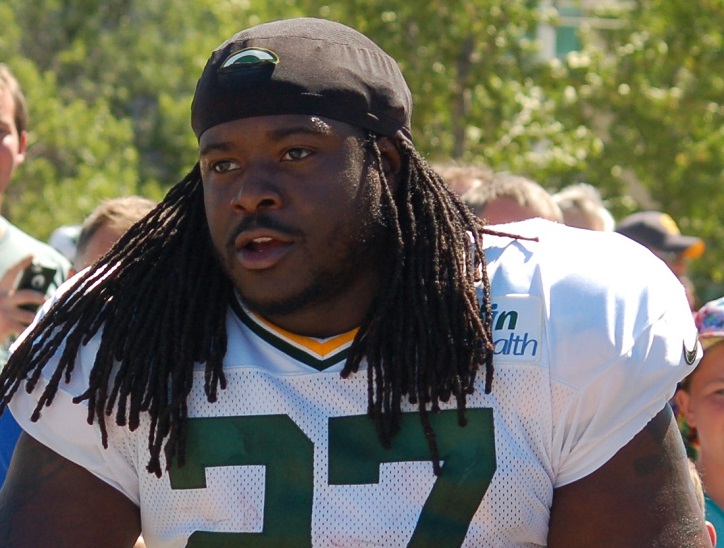 Eddie Lacy is an American football player who plays as a running back and is a free agent. He was born Edward Darwin Lacy Jr on 2nd June 1990. He played football at his college in Alabama.

He was a member of the team that won BCS National Championships in 2009, 2011 and 2012. Eddie Lacy attended Dutchtown High School in Geismar, Louisiana where he played high school football for the Griffin.

As a sophomore, he had 13 touchdowns and had 34 touchdowns as a junior. However, his senior year was plagued by injury and he was unable to perform as a result.

In 2008, he was selected by the Louisiana Sports Writers Association as a first team-player on the Class 5A All-State football team. He was rated as the 13th best running back and his achievements led him to be selected by the University of Alabama in February 2009.

After graduating from high school, Eddie Lacy became a highly sought recruit by several colleges and universities who were looking to capitalize on his extraordinary talent on the football field. 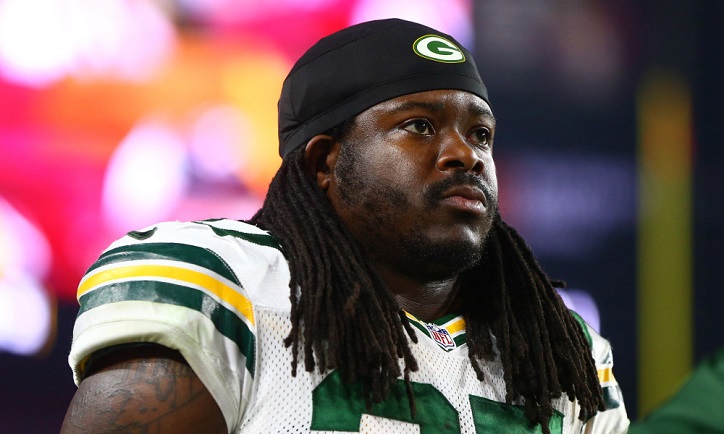 Ultimately, he found his calling in the athletic scholarship offered by the University of Alabama. He played for coach Nick Saban and his Crimson Tide football team for three years.

He also won the BCS National Championship with the team during his time with the Crimson Tide Team. After his fellow team-mate left for the NFL, in 2012, he began his career as the starting running back. He was backed by a new player who was a freshman in college.

He had a good run in his final year with his achievements giving him the once-in-a-lifetime opportunity to declare for the 2013 NFL Draft.

He was one of the most sought after players because he had already earned a reputation thanks to his agility, his strength and his extraordinary ability to run through a tackle.

His career with the Green Bay Packers began with Lacy being chosen in the second round of the 2013 season. He was the fourth running back chosen by the team in the year.

He was also, incidentally, the fourth of the nine players that had their origins in Alabama. Eddie Lacy’s debut game was against the San Francisco 49ers with 41 rushing yards along with a rushing touchdown.

Although he suffered a concession in his game against the Washington Redskins, he returned for the game against Detroit Lions a month later. 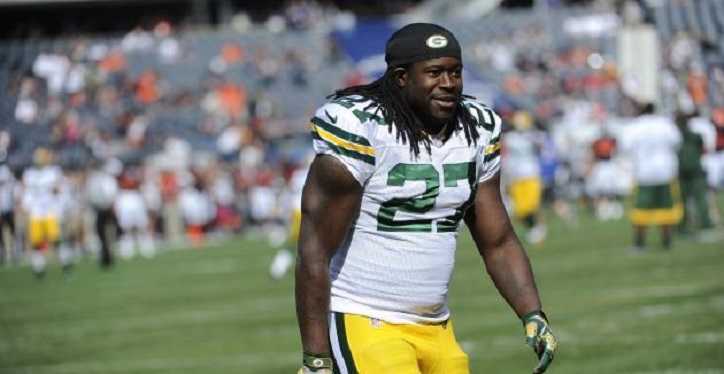 He had a career-best game against the Chicago Bears running for 150 yards with an average of 6.8, He also had a good game against the Dallas Cowboys with a touchdown on 21 carries. He finished the season with a good 1,178 yards and 11 touchdowns.

He was also the 2013 Offensive Rookie of the Year, the first player in the Green Bay Packers to be chosen for the award since 1971.

Eddie Lacy had an impressive season in his debut season as a professional player. With such a high, he began the 2014 season opener against the defending champions Seattle Seahawks where he had 12 carries for 34 yards.

However, he also sustained a concussion during the game. He ended the season strongly, becoming the second Packer to rush for over 1,000 yards in his first two NFL seasons.

He began the 2015 season with a victory over the Chicago Bears but he sustained an injury during his second game and he was out of action for a few days. But he sustained another injury later on in the season.

After a successful three year run with the Green Bay Packers, he signed on for the Seattle Seahawks for the 2017 season.