The Ravens were honest and upfront with me. They took a chance on me as a 30-year-old safety. They believed in me and wanted me, and I could never forget the admiration and love I have for those guys.

Despite playing nine out of his thirteen seasons as a professional footballer for the San Diego Chargers and only three with the Baltimore Ravens, Eric Weddle stated that he was retiring "like a raven".

Having started his career with the Chargers and ended it with the Los Angeles Rams, Weddle expressed that he gave all he had to these teams but the most enjoyable part of his career was with the Ravens.

Safety with an overall rank of 15 and an overall score of 94, he retired from the game on February 6, 2020, with the hope that he'll be able to work for the Ravens in the future in some capacity owing to his love and admiration for the people, the place, and the franchise. 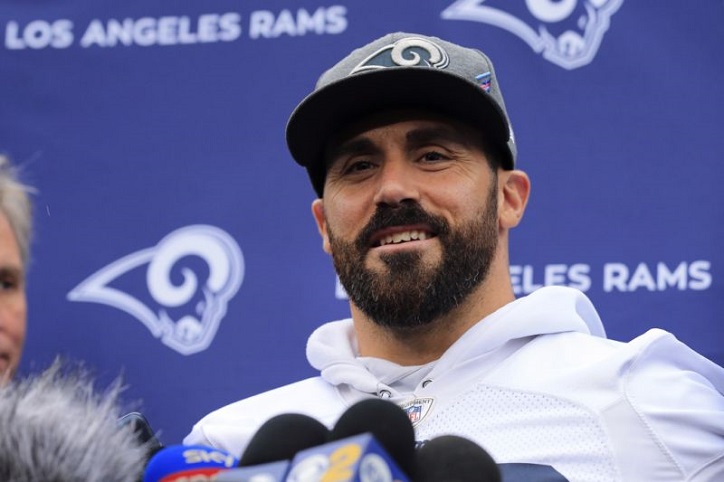 Born and raised in California, Eric Weddle played football, basketball, and baseball in high school before he joined the University of Utah and started playing for the college football team, Utah Utes.

He played for the Utes from 2003 to 2006, during which he was crowned the Mountain West Conference Defensive Player of the Year twice (2005 and 2006) and also became a consensus All-American in 2006.

However, despite being a well-worthy candidate based on his performance and commitment to the game, he was not voted as the winner of the Heisman Trophy.

In the 2007 NFL Draft, Weddle was drafted by the San Diego Chargers in the second round with a contract of four seasons. As a rookie, he played the strong safety position but eventually played as a starting safety in the coming years.

After the 2010 NFL season, given that his contract with the Chargers had expired, Weddle became an unrestricted free agent and that, too, not an ordinary one - Pro Football Focus actually ranked him as the second-best free-agent safety, therefore attracting interest from multiple teams including the Tampa Bay Bucs and the Carolina Panthers.

The Chargers sensed that they might lose an asset if they didn't act in time, which is when they signed him again in July 2011 for a five-year contract and retained their most reliable starting safety.

In these five seasons, Weddle proved his money's worth by playing over 98% of the defensive snaps and 49% of the special teams snaps for the Chargers.

He was selected for Pro Bowl thrice while he was with them, in 2011, 2013 and 2014, but following tensions between him and the franchise, he was let go of. 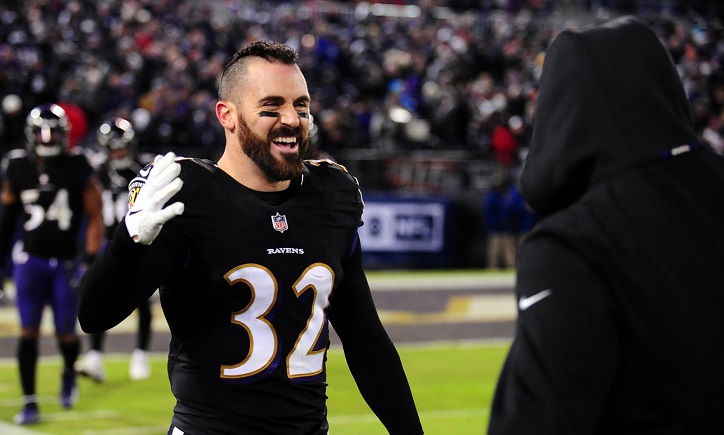 Before he could get enough time to be salty about his release, he was swept up by the Baltimore Ravens in 2016. Under their wing, he received three back-to-back Pro Bowl selections, before being released in 2019.

However, he still looks back at his time with the Ravens lovingly and remembers the years spent in Baltimore as the best years of his career.

In March 2019, he signed with the Los Angeles Rams for a two-year period, and after a spectacular performance in what would be his final NFL season, he announced his retirement in 2020.

Despite the strength and agility that he's always displayed on the field, Eric Weddle is all about his family.

From growing a beard in 2013 to resemble the one his father had, to getting a Mohawk haircut to fulfill a promise made to his son, to actually bearing a $10,000 fine for staying back on the field to watch his daughter's cheerleading performance at halftime instead of being in the locker room - he's done it all.

A man of his word and spirit, Weddle's career at NFL is definitely a celebrated one.

What is Identity Theft?