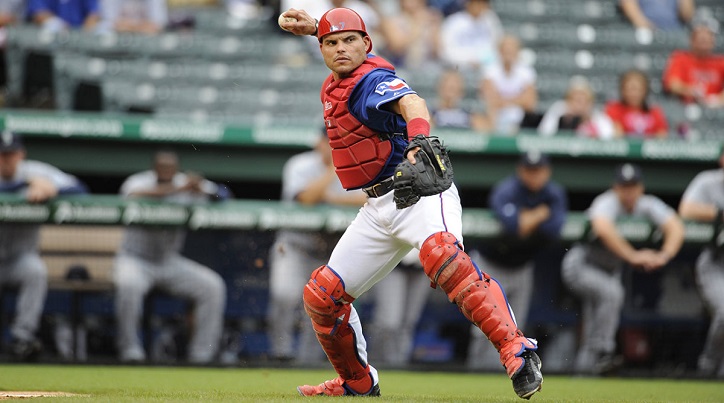 One of the most valuable players in the history of Major League baseball is Ivan Rodriguez. He is a famous catcher and is fondly referred to as the Pudge. He played for different leagues including Texas Rangers, Florida Marlins and Washington Nationals. This Puerto Rico catcher debuted into MLB in the year 1991 and played his last game in the year 2011. He is 48 years old and has several records appended to his name.

Ivan was born to Juan and Eva Rodriguez in Puerto Rico. His father was a construction worker and his mother was a school teacher. Born on 27 November 1971, Ivan belonged to a middle class working family. He earned his first income by delivering flyers in shopping malls. Ivan learned to play baseball from his father. He even considered his dad to be his arch-nemesis.

At eight years of age, Ivan played as a pitcher and also the third baseman. He also became a catcher upon his father’s advice. Ivan used to idolize Johnny Bench as his role model in baseball. Ivan was a good student at school and his teachers have mentioned that he was a very well-mannered and disciplined child who exhibited leadership skills at school. 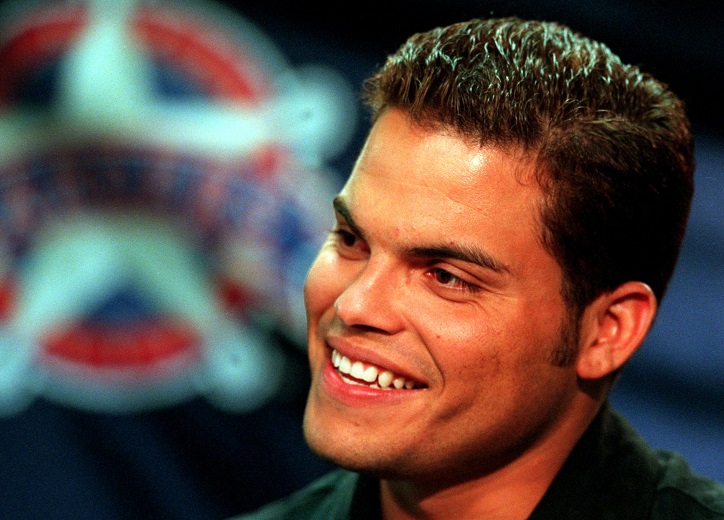 At 17 years, Ivan entered the minor league as a catcher. He played for Gastonia Rangers belonging to the South Atlantic League. He showed his skills in the very first match by hitting three for three. In 1990 he played the Florida League and he was selected as the best catcher. This year he was also selected for the All-star team as he was ranked 15th in batting average. Ivan was nicknamed the Pudge during his minors as he looked short. It was very clear that he was a prospective choice for Texas League during the minor leagues and he was called for Texas Rangers in 1991.

June 1991 marked Ivan Rodriguez’s entry into major league baseball. He was then the youngest to join MLB. With a young age and a passion to surpass records, he exhibited excellent catching skills and he threw 48 percent base stealers. He was also the youngest player of the Texas Rangers to hit a home run in August 1991. Such feats helped him to join the All-Star team by Baseball America. He was also placed at number 4 in the Rookie of the Year.

In 1996 Ivan set a world record for most doubles and he got 44 catches during the season breaking Mickey Cochrane‘s record of 42. He played for an All-star game in Japan and also appeared in Sports Illustrated cover. In the year 1999, Ivan was selected as American League Most valuable player as he set a world record with maximum home runs in a single season.

In the year 2000, Rodriguez suffered an injury and fractured his thumb. He missed the entire season and resumed in 2001. He played with Texas Rangers till 2002 and in 2003 he signed Florida Marlins. He won a national league championship series along with the most valuable player in 2003. In 2004 he signed for Detroit Tigers for a whopping $40 million 4 year USD contract. 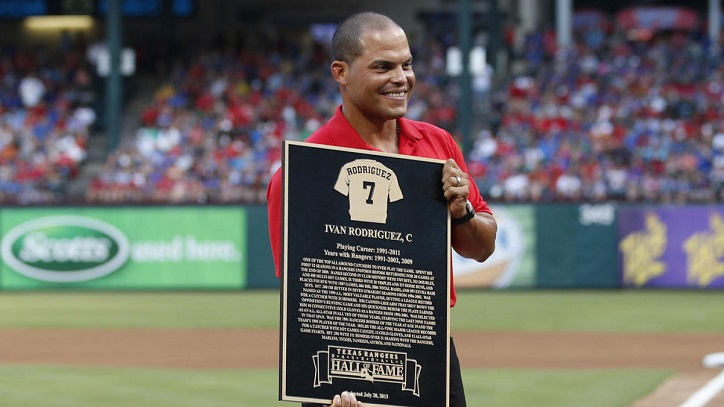 In 2008 Ivan was traded for New York Yankees and in 2009 he played the world Baseball classic by returning to Puerto Rico baseball league. Rodriguez joined Houston Astros in 2009 with a contract for 1 year and a signing amount of $1.5 million and later in 2010, he signed a 2 year $6 million USD contract with Washington Nationals. He retired in 2012 and he was elected to the hall of fame with 76% vote. His Jersey number 7 too was retired by the Texas Rangers marking the end of an era.

He was married to Maribel Rivera and they have three beautiful children. Ivan and his wife are socially conscious people and they have created the Pudge Rodriguez foundation to help the poor and needy. In 2007 Rodriguez married another lady named Patricia and is enjoying his marital life.

Ivan played professional baseball for more than 2 decades and his net worth was estimated at around $60 million USD.

Before the 2005 season, Jose Canseco, recorded in his book that he injected Rodriguez with steroids while he was with Texas Rangers. This created a huge roar and he was tested for drug usage. Though the case was closed, this upset Ivan’s fans to a great extent.

Fortnite Scams - Learn how to Avoid the Danger