Football is a sport that has a huge fanbase in the United States of America. Some of the stars are immensely popular for their skill and game techniques.

One of the famous players in the Left Tackle (LT) position and has an overall score of 87 is Jared Veldheer. This Michigan born star is aged 32 and is 6 feet 8 inches tall.

He weighs 146 kg. Jared was selected in the 2010 NFL draft. The Oakland Raiders were the first to identify Jared’s passion for football.

Jared Veldheer plays with the Jersey number 68. This Michigan born sports star belongs to a happy family. He studied in the Forest Hills Northern High school and had played a lot of football during his school days.

He was awarded the most valuable lineman trophy. He also played college basketball as well as a hobby.

In 2008, he was commissioned as the co-captain of Hillsdale chargers team. In 2009 he was named in the First -team- all American by the American football coaches association.

It is of immense pride to Veldheer that he is also an alumnus of the Delta Sigma Phi team. 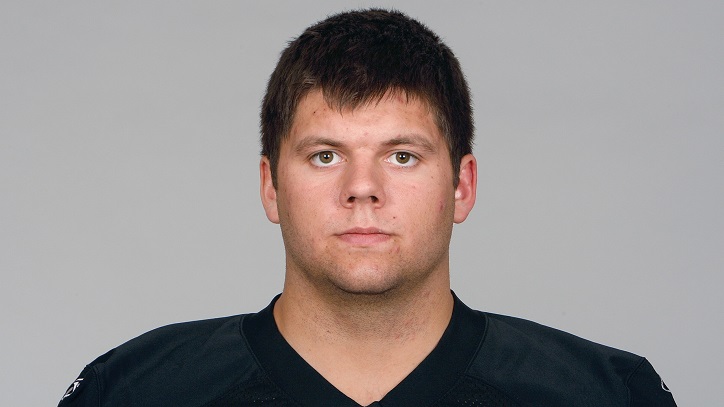 Veldheer was always interested in a football career. His dream came true when he was selected in the third round during the NFL draft in the year 2010. He was ranked the 69th overall.

He first played for Oakland at the center position and seeing his lateral movements and quickness with the ball he was pushed to play offensive tackle.

It was during this phase he enjoyed his game with Mario Henderson and learned techniques to play Left tackle. In the 2011 season of the NFL, he started playing with veteran Stefen Wisniewski and their team roared to success.

Jared’s career improved in 2014 when he signed a contract with Arizona Cardinals. This was a 5-year contract. Unfortunately, he suffered an injury in 2016 that caused a major setback as he was placed on injured reserve.

Since he hurt his triceps he could not play matches in the 2016 season. But he bounced back in the 2017 season as a right tackle and displayed his determination in his game.

2018 was the year when Jared was traded with Denver Broncos and there he played 12 games as a right tackle. He sustained a knee injury and missed 4 games at a row.

In 2019 he signed a contract with New England Patriots. He suddenly submitted a resignation from the NFL after 1 week of signing the contract, but he changed his mind and hence was placed in reserve. 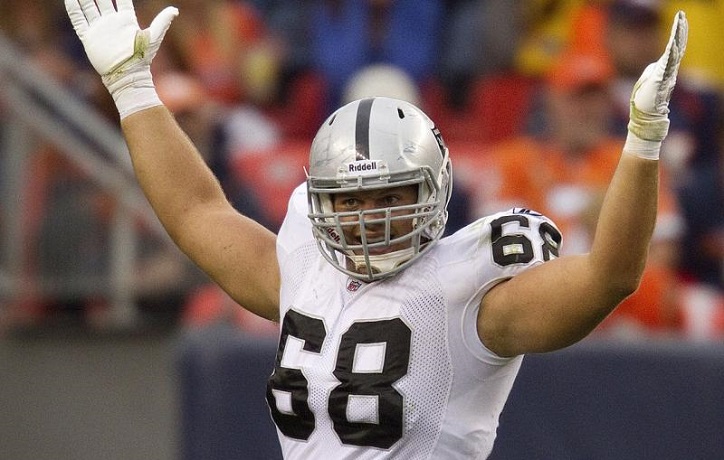 He was waived in 2019 by the Green Bay Packers and was activated to play in the NFL in December 2019. He is a free agent now but has not returned to play as he suffered concussions during a game.

Jared is married to a beautiful woman and the couple is active on social media. He has two kids and both are mischievous.

Jared Veldheer is a self-made footballer and whatever assets he has earned over time has been with his hard work. He has raised around $1 Million USD in his career and the primary source of his income is American football.

Jared Veldheer is a durable player who has helped his team in all the matches. His injuries have always been a hurdle in his career but he took these in the positive stride.

Ranked 122, Jared Veldheer has won several accolades such as AFCA first-team- all America honors in 2008 and 2009.