Who is Jarvis Charles Landry?

Jarvis Landry is a famed American footballer whose rise to stardom is largely due to his stint with the National Football League team called Cleveland Browns.

Born in 1992 on the day 28th of November, Landry primarily played as a wide receiver, where his successful exploits have become the stuff of legend.

A member of the LSU Tigers during his time in college at the Louisiana State University, he was selected to play for the Miami Dolphins in the second round of the NFL’s 2014 draft, which was a life-changing moment for the player.

Landry had a good run with the Dolphins, with who he was part of three Pro Bowls. With the Browns, he continued his successful streak and earned two further Pro Bowls.

Notably, in the year 2017, he led the league with 112 receptions, which was lauded by fans all over the world. Overall, the 564 career receptions of Landry’s are the most earned by any player in their first six seasons in NFL history. 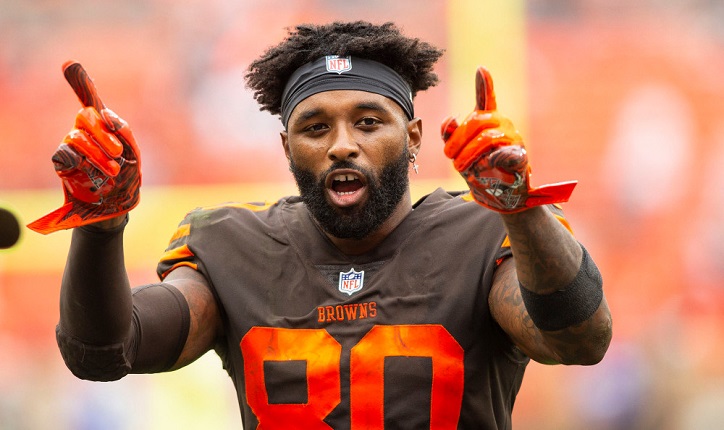 An alumnus of Lutcher High School, Landry has the distinction of having 11 touchdowns and 51 receptions for 716 yards to his name when he was a senior. One of the striking achievements of his schooling years was during the 2011 Under Armour All-America Game.

During the same, he impressed immensely with a record-breaking eight receptions for 70 yards and a touchdown as well. Quite soon, as a result of his sporting prowess, he emerged as the nation's fourth-best wide receiver and was considered to be a 5-star recruit to the team by many.

Playing While at College

Landry thrived in football during his college days at LSU under head coach Les Miles. It’s worth pointing out that he finished the junior season with 77 receptions for 1,193 yards and 10 touchdowns, but he decided to forego playing as a senior to join the NFL through their 2014 draft.

Professional Career With the Miami Dolphins

He joined the team as the 12th wide receiver to be enrolled that year. Landry was selected by the Miami Dolphins during the 2nd round of the process. Being a rookie at that time, the player was put in the receiving unit consisting of players, such as Rishard Matthews, Mike Wallace, and Brian Hartline.

One of the first of his receiving touchdowns was during a week 6 game against the Green Bay Packers on October 12, 2014.

Besides, he has added 1,158 yards in punt and kickoff returns and finished the rookie season with 758 receiving yards and five touchdowns. The eighty-four perfect catches that he executed was enough to set a team record for the most receptions by a rookie as well. 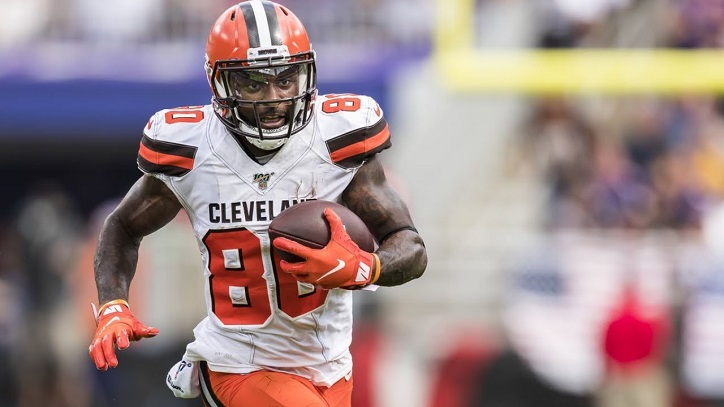 The Stint with the Cleveland Browns

One of the most memorable things that happened in his career occurred on April 12, 2018, when the player signed a five-year-long extension contract with Cleveland Browns that was valued at a whopping $75.5 million, which made him the sixth-highest paid receiver ever.

However, the story of his joining the team was also filled with its drama; he was traded for Cleveland's 2018 fourth-round draft pick. As part of the deal, Landry assumed his old college number of #80.

This pick turned out to be a prudent one for the Cleveland Browns, as Landry completed the latest season with about 84 catches, 1,174 receiving yards, which was a career-high for him, and also six receiving touchdowns.

However, it has later become clear that Landry was not playing to his full potential. On February 20, 2020, the reason was revealed to be a hip surgery that the NFL player had undergone, making speculators go wild about what his performance would be like in the coming seasons.