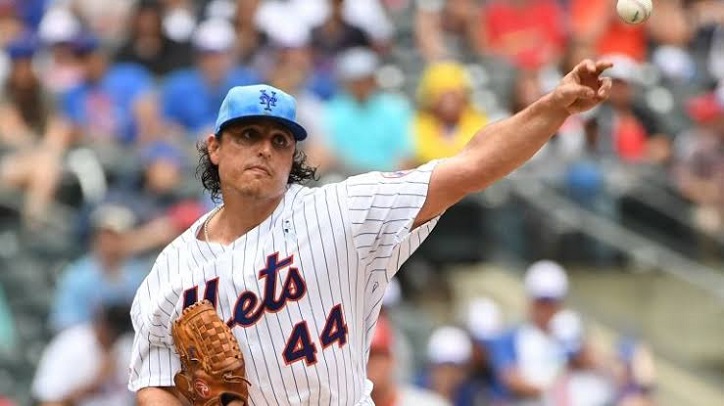 Born on 2nd February 1983, Jason Matthew Vargas has been a professional baseball pitcher for more than a decade. He made his Major League Baseball (MLB) debut on 14th January 2005 for the Florida Marlins. To date, Jason has played for 6 MLB teams.

Jason bats and throws with his left hand. He is currently capable of throwing four pitches. He is capable of pitching an 85 mph two- and four-seam fastball, as well as a changeup at an average of 79 mph and a curveball at 71 mph. By 2019, Jason had a 99 to 99 win to loss record, 4.29 on an earned-average run, and made 1147 strikeouts.

Also, Vargas has also had three major career highlights and awards in his entire career. These include the World Series Champion in 2015 & the All-Star and AL-wins leader award in 2017. 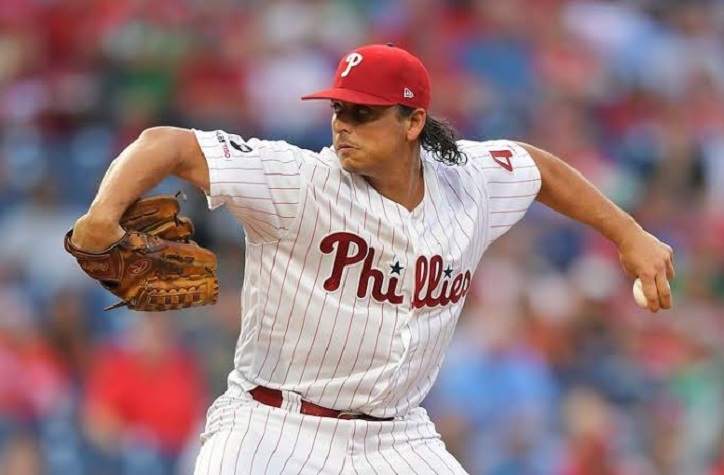 The Early Life of Jason Vargas

Jason for born and raised in the incorporated Apple Valley town situated in California. He began his schooling at Victor Valley High School located in Victorville. He started his baseball career from the same school. Vargas belongs to an athletic family. His father was the head baseball coach for the same school that Jason went to.

His father coached until 1998, which equals 3 years before Vargas graduated. Also, Vargas completed his last three years of schooling between 1998 and 2001 from Apple Valley High School.

During the MLB draft in 2001, Jason was drafted as the 1273rd pick by the Minnesota Twins. He refused their offer and accepted the Louisiana State University offer to join as a pitcher for LSU Tigers. During his freshman year, Jason recorded an average of 3.43 earned-runs and a 1 win to 1 loss record after playing 13 games

. At times, Jason also played as a designated hitter and first baseman. Apart from being a great pitcher, Jason also batted really well. During his college career, he made pinch-hit grand slam to make the LSU Tigers win over the Mercer Bears.

In 2002, Vargas moved to Cypress College to continue his athletic journey as a junior pursuing in the MLB draft. As a junior at his college, Vargas made an average of 3.10, made 101 strikeouts and scored an 11 to 3 win-loss record.

The total number of innings he played for equaled 107.1 and he had an average batting score of .374. For his work on the mound and the plate, he was remarked on as junior college player of the year for Southern California. 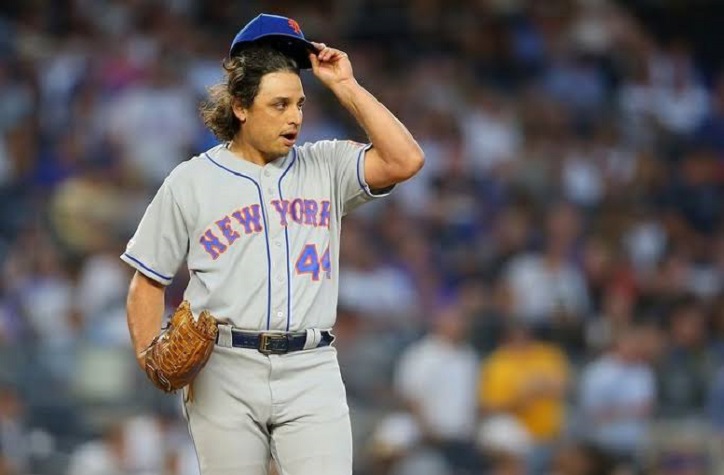 Unfortunately, at the same time, Vargas dropped his arm slot. This decreased his pitches to the mid-80s. However, the draft stock got even more drafted because of his signing-bonus demand and therefore, he never got drafted the same year.

Vargas started playing as a junior for his next team. He joined the Long Beach State 49ers baseball team of California State University in Long Beach. Vargas learned to achieve a higher speed at the same university.

He completed his junior year at the university with an average of 4.14. As a designated hitter, he also had a 7 to 4 win-loss record, made .354 hits, as well as 5 home runs and 14 double-hits. He played for a total of 18 games.

The Personal Life of Jason Vargas

Also, as per the Kansas City Star article by Vahe Gregorian, Jason Vargas married Shelly, who was his high school sweetheart. Both currently have three children.

TinEye: Get to Know the Best Image Search Engine!