Jerry Hughes, born on August 13, 1988, in Sugar Land, Texas, is an American football player playing in the position of Defensive End or Outside linebacker for Buffalo Bills in the National Football League.

He played college football for Texas Christian University, and, then was selected in the first round of the 2010 NFL Draft by the Indianapolis Colts.

Hughes received three offers from universities while attending Austin High School, where he played American football as a Running Back.

In the last season of 2006, he ran 1,412 yards for 19 touchdowns, winning a place in the district all-star team as Running back and kick returner. Due to the fact that the Rivals.com website rated him with only two stars, he received few scholarship offers. 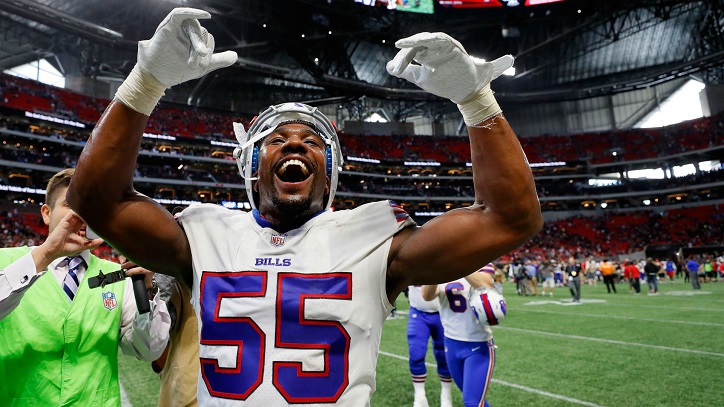 In the end, he preferred the TCU to the universities of Iowa State, Arizona State, and North Texas. Hughes preferred an athletic scholarship and played American football under coach Gary Patterson from 2006-2009.

Patterson recognized his athletic abilities and moved him to the position of Defensive Leman, before assigning him the role of Defensive End before the start of the first season.

He played ten matches. As a junior in 2008, he gained the position of starting player and recorded 15 sacks, 18.5 tacks per loss, 6 forced fumbles, and 2 interceptions, one of which was returned to the touchdown.

The 15 sacks were the most in the entire competition, for which Hughes was selected to the first all-stars team of the All-Mountain West conference and became the Defensive Player of the Year MWC.
A year later, he improved his statistics by adding 54 tackles and 11.5 sacks. He also helped his team to the league's best defense in yards (233 per game) and the sixth-lowest points earned per game (12.4).

Once again, he was both a member of the MWC all-stars team and its Defensive Player of the Year. He completed his studies by obtaining a bachelor's degree in Communication.
Professional career 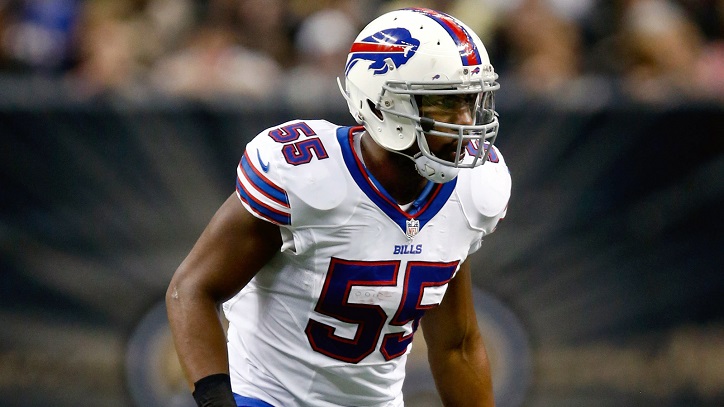 
In the first season of 2010, Hughes played in ten games as a replacement for Defensive End and a member of the special team.

A year later, in the match against the Houston Texans, he started as the starting player for the first time. The first sack of his career was recorded on October 3 against the Tampa Bay Buccaneers, collecting a total of 15 tackles (9 assisted).

In the year 2012, he started all matches and the playoffs, but this time in the position of outside linebacker. He scored a total of 41 tackles (12 assisted), 4 sacks and 1 defended point. However, on November 16, he was fined $21,000 for a late hit in a game against the Jacksonville Jaguars.

On April 29, 2013, the Colts exchanged Hughes for linebacker Kelvin Sheppard to Buffalo Bills. In the 2013 season, he played in all sixteen matches and scored 46 tackles (14 assisted), 10 sacks, 2 forced fumbles, and two blocked passes.

A year later, he improved his statistics by recording 53 tackles (17 assisted), 10 sacks, and 3 forced fumbles.

On March 9, 2015, he signed a five-year contract with Bills for $45 million (20 million guaranteed). In week 13 of the 2014 season, he snatched the ball from the hands of the Browns Terrance, returning the fumble for 18 yards in a touchdown.

At the end of the year, he was placed 63rd in the NFL Top 100, the ranking of the best hundred players of the season.