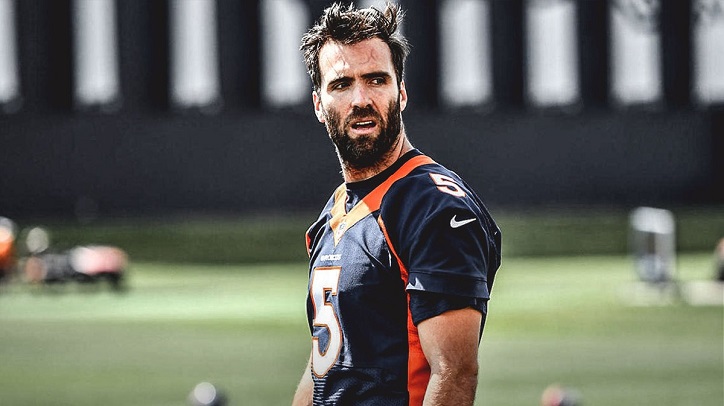 Born on January 16, 1985, in Audobon, New Jersey, Joe Flacco is an American football quarterback. Joe is the son of Karen, and Steve Flacco and his family hail from Haddon Township.

Flacco completed his schooling from Audobon High School. He was a star player in his school and became the starting quarterback for the Green Wave.

During his college days, he was very active in football. In 2004, when he was playing for the University of Pittsburgh, Flacco was acting as the backup quarterback and led the team to victory 8-4.

He then attended the University of Delaware, where he continued his star performance. In 2006, he played for the first time for the Delaware college team.

Flacco performed brilliantly in that game, throwing for 2783 yards along with 18 touchdowns and 10 interceptions.

Flacco is best known for leading the Ravens to a victory over the San Francisco 49ers in the Super Bowl XLVII.

He was awarded the MVP of Super Bowl for his excellent performance in that match. 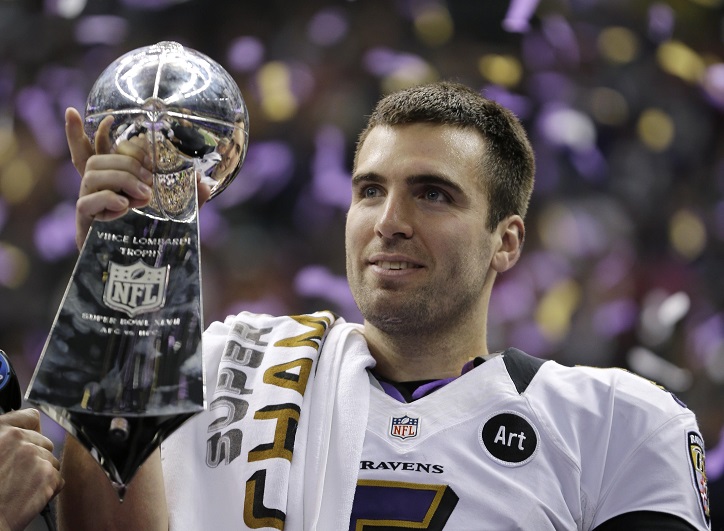 Later on, his contract was revised for another 6 six years for a whopping $120.6 million. It was the highest ever contract for any quarterback player in the history of NFL.

The best season for Joe Flacco was NFL 2014 season career-wise. He was on his best in that year.

He played one of the best games of his career in week 6 of that season when he completed a total of 21 out of 28 passes for 306 yards. Moreover, he also completed five touchdown passes to 4 different receivers.

Thanks to his extraordinary season in 2014, Flacco was invited to play for Pro Bowl championship, 2015. Unfortunately, he couldn’t participate in the league because his wife was pregnant and expecting their third child the same month.

In week 9 of the 2018 NFL season, Flacco got injured, and for the first time, he was serving in a backup role. Finally, Flacco finished the season with a total of 2465 passing yards, 6 interceptions, and 12 touchdowns.

In 2019, for the first time, Joe Flacco signed a contract with another team. Denver Broncos picked him in their 4th-round NFL draft.

He played for the franchise for only one season in which he performed well. During a game, he was sacked 9 times in a single game, which is a record. 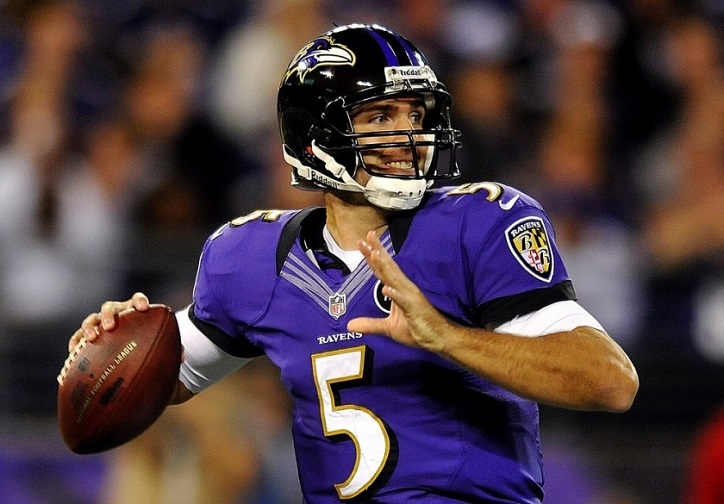 Due to a failed physical designation, Flacco was released on March 19, 2020.

Salary and Net Worth

In his 11-year long football career, he is estimated to earn a cumulative salary of $147.8 million. It is reported that the University of Delaware, where Flacco was a student, got paid because of his excellent performance in the Super Bowl XLVII championship.

He signed one of the highest-paying contracts with Baltimore Ravens in 2013. It was worth $120.6 million for six years, which was a record for any quarterback player in the history of NFL.

Joe Flacco has an estimated net worth of $75 million. He is expected to earn $18.5 million by playing for Denver Broncos.

How to Get an Arkansas Driver's License