The soft, short, and slow John Brown was born in the year 1990 in Florida. His statures, physique, and attitude made everyone around him strongly believe that this kid was never going to make it big in the NFL (John’s dream since his days as a kid). But hard work always pays and John Brown proved this to be right.

With continuous encouragement from his family members, especially his half-brother, and some of his close friends Brown proved the world wrong with his outstanding performance in the field.

Even during Brown’s high school days when he was with his half-brother James Walker, who was a football player too, the coach relentlessly discouraged Brown telling him that he was not just right for the game—he was too small and fragile. 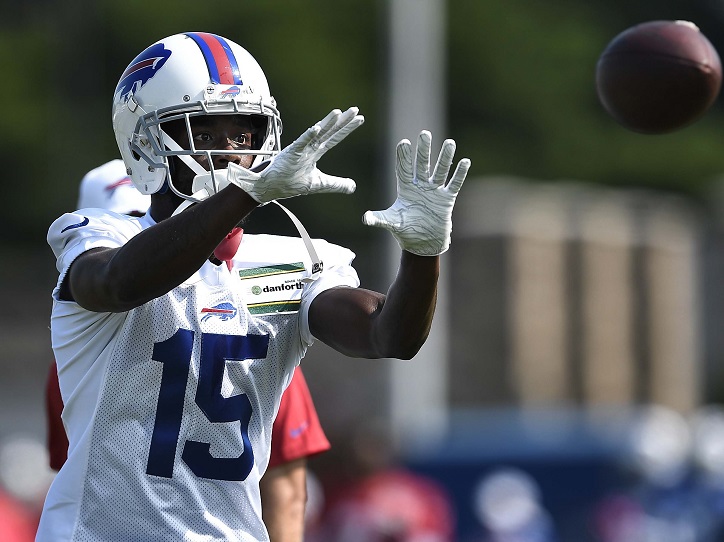 Such discouragements, in fact, proved to motivate John Brown, even more, helping him outperform himself with the unmatched performance during college days.

He started his college days with Mars Hill University, North Carolina before switching over to two other colleges namely Coffeyville Community College and Pittsburg State University.

As promised to his half-brother who was dead by then, he scored the very first time he took the ball to play at Pittsburg University.

It was in the year 2014 that things started taking a positive turn for this young chap. He was drafted into the NFL during the third round by Arizona Cardinals and appeared in all 16 games during his rookie season established impressive records and being a game-changer for the team.

He created a permanent place for himself in the team and the sport by making some magical runs in the NFL combine.

John Brown was ranked the third fastest among players when he ran a 40-yard dash as quick as lightning.

During his rookie season, he broke the record by R.C. Owens with an extra TD reception accumulating four of them compared to Owen who just had three.

With all mouths shut due to his talent-proving gameplays and applauds it was the time of the year when luck did not favor this great kid.

In 2016, he was diagnosed with the sickle-cell trait (SCT), a genetic disorder that causes a breakdown of muscles due to increased exercising. It was a situation where Brown even started thinking about quitting playing football altogether.

Yet, all the confidence, energy boosters, self-motivation, and thoughts about his half-brother has kept John Brown associated with the game.

After the first sign up with Arizona, John Brown signed a one-year contract with the Ravens (2018) with a hefty paycheck and incentives.

Not once did he fail from playing the game cherishing every moment in the field during his contract term with the Ravens. 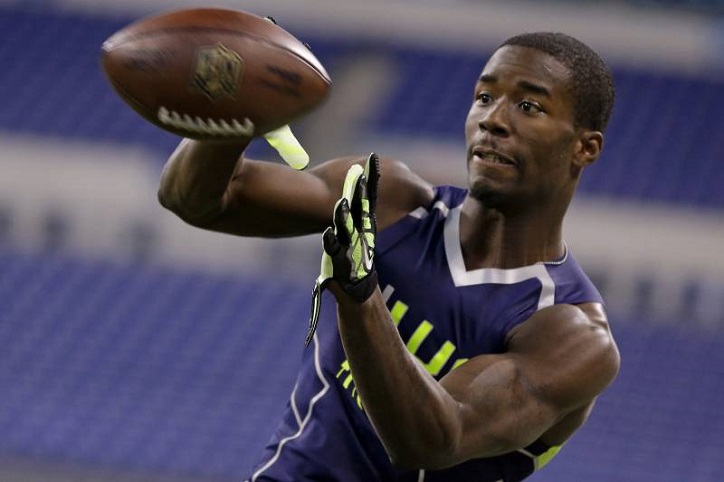 In 2019, he signed a three-year contract with the Buffalo Bills and became one of the only three prestigious receivers in the NFL in 2018.

He ranked fourth in the NFL during the 2018 season averaging around 17 yards-per-catch. He has an overall rank of 214 and an overall score of 84 playings in the WR position (as of 2015).

John Brown is the son of Cassandra Brown, a single mother who has always been a constant source of support, motivation, and a role model for the young John Brown since his childhood days.

Another important person in Brown’s life to whom he dedicates all his achievements and feats includes his half-brother Walker whose death motivated John even more than before to achieve greater feats in the football game.

He kept up his promise to Walker and honors his accomplishments as a tribute to him. Surprisingly, John Brown was passionately nicknamed ‘Smokey’ by his grandma’s boyfriend.

Smokey has seen the highs and lows of life getting himself a place etched in football forever with great statistics and performances. Smokey is the proud father of three daughters now.

How to Check People Online!

How to Get a Vermont Driver's License