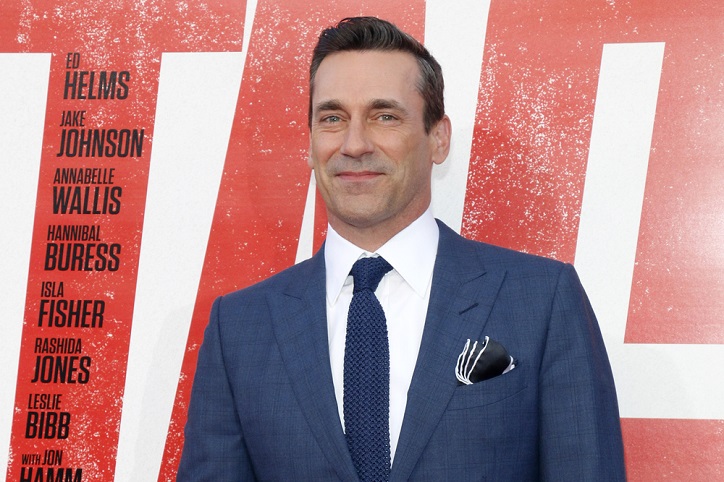 Jon Hamm was born on March 10, 1971, in St. Louis, Missouri in the family of the owners of a trucking company. The future actor had a difficult childhood - his parents divorced when he was 2 years old, after which he stayed with his mother.

Eight years later, she was diagnosed with cancer and she died. Subsequently, Jon moved to live with his father.

The misfortunes did not end there. Daniel Hamm was seriously ill and left his son an orphan when he was twenty. After his father died, Jon struggled with severe depression for several years.

While studying at John Burroughs private school in Ladu, Jonn played football and baseball and was a member of the school swimming team.

The boy was fascinated not only with sports but also with theatrical activities. He got his first role when he was in the first grade - he played Winnie the Pooh in a school play.

When he was 16, he played the role of Judas in the play The Gospel. Despite him finding acting in plays fun, Hamm did not consider acting as something serious. 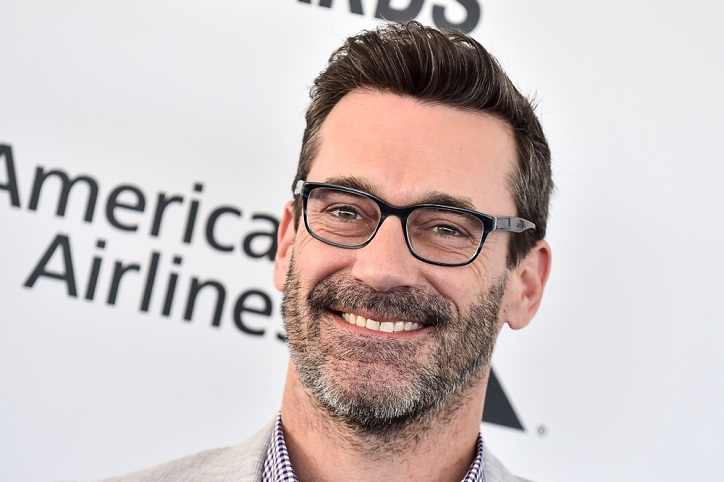 Jon entered the University of Texas in 1989, after completing his school. However, he was forced to drop out of school due to the death of his father.

At that time, he was a second-year student. He returned home and went to study at the University of Missouri. During his student days, he starred in the film adaptation of Shakespeare's A Midsummer Night's Dream and played Leon Cholgosh in the musical The Killer.

In 1992, Hamm went to Hollywood, but not in order to storm the cinematic Olympus. The guy just wanted to see his friend - actor Paul Rudd, with whom he had been friends for many years.

Only three years later, Jon decided to finally move to Los Angeles and try his luck at the "dream factory". After moving to LA, Jon didn’t make it big right away. In fact, he has hardly being offered any roles, and to make his living, he worked as a waiter.

The well-known agency "William Morris" refused the services of the actor, and he decided that if he couldn’t become an actor before 30, he would give up this venture and return home.

In the television series Providence, he was supposed to play only in one episode, but the audience liked the character so much that Hamm played in the series for the whole season.

Hamm’s gold ticket was the role of Don Draper in the TV series "Mad Men", which was released in 2007. The series about an advertiser with a dubious past ran on the cable network for 7 seasons and brought Jon Hamm 6 nominations and 2 Golden Globe awards in the category - Best Actor on TV (drama). 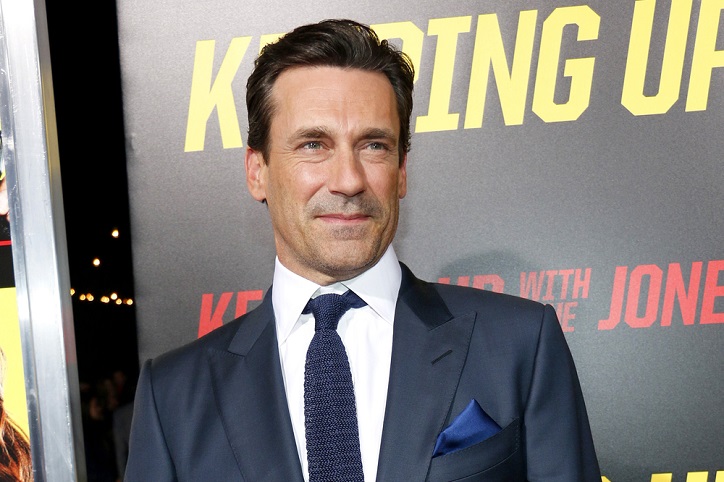 Jon often participated in independent projects. So, in 2010, he, in the company of James Franco, Aaron Twight, and John Prescott, appeared in a biographical drama based on Allen Ginsberg's work “The Scream”. A year later, he starred in Ben Affleck's film the City of Thieves as an FBI agent.

2016 was a fruitful year for the actor - he tried on a comedic image in Grett Molla's film “Spies Next Door” with Isla Fisher and Zach Galifianakis. He also starred in the film “Just Amazing” and voiced one of the characters in the animated series “Sponge Bob Square Pants”.

Jon Hamm played the lead antagonist in Edgar Wright's “Baby Driver”. The film was well-received by the public and received 3 nominations for the Oscar in 2018.

In 2017, it was rumored that Jon Hamm was dating the star of the 50 Shades of the Gray saga, Dakota Johnson, but it was not confirmed.