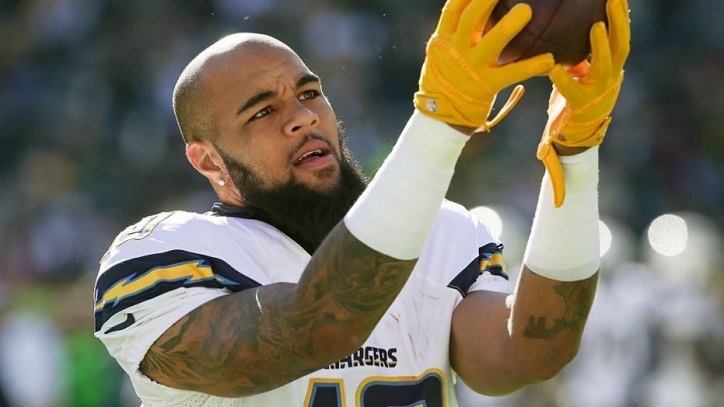 Keenan Allen’s full name is Keenan Alexander Allen, and he was born on Greensboro, North Carolina, on the 27th of April 1992. He had finished his schooling in Northern Guilford High School.

There he played basketball and football. He also participated in track events. When playing for the Nighthawks football team, he gave stand out performances on both sides of the ball.

In 2009 both the Parade and USA Today selected him to the high school All-American team. He also had the honor of participating in the U.S. Army All-American Bowl.

During that bowl, he returned a punt covering 33 yards. He also had a kickoff covering the same distance.

Allen was an accomplished athlete in track and field events. He qualified for the state level in the long jump. Both Scout.com and Rivals.com ranked Allen as a five-star recruit.

Many people believed that he was one of the best defensive backs the nation had seen. Initially, he committed to playing safety for the University of Alabama.

However, he committed to playing wide receiver for the University of California, Berkeley. He wanted to play with Zach Maynard, his half brother. 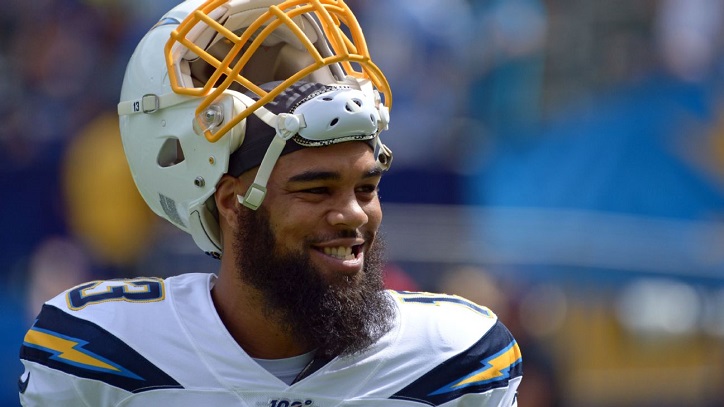 Allen was a part of the California Golden Bears, where he played as the wide receiver. He played with them for three years. During his freshman year, he had participated in 46 receptions.

The distance covered for the receptions was 490 yards. He also participated in five touchdowns. In his sophomore year, he caught 98 catches. The distance for the catches were 1,343 yards.

During his junior year, he had participated in 61 receptions. The distance covered for these receptions was 737 yards. The number of touchdowns for that year was six.

Allen had suffered from Posterior cruciate ligament sprain during his 2012 college season. That injury prevented him from taking part in the NFL Scouting Combine.

However, he did participate on Cal’s Pro Day, where he did his routines. According to draft pundits, Allen was such a good receiver that he would be drafted at the end of the first round.

The opinion changed after witnessing Allen on his Pro Day. He did not perform at his peak thanks to a knee injury he had sustained the previous season. Allen was able to perform at 80% on that day. He acknowledged this.

San Diego Chargers drafted Allen during the third round. They had offered him a four-year contract worth 2.81 million dollars. This amount included 613,800 dollars in the form of a signing bonus.

He got his first game on the 6th of October 2013. It was against the Oakland Raiders, and the chargers won. During this game, Allen got his first 100-yard game. In that game, he had received six catches.

Also, he had a touchdown. By the end of the season, he had broken the franchise record for the number of receptions. Not only that, but he also set the record for the receiving yards. That record was set in 1978 by John Jefferson. 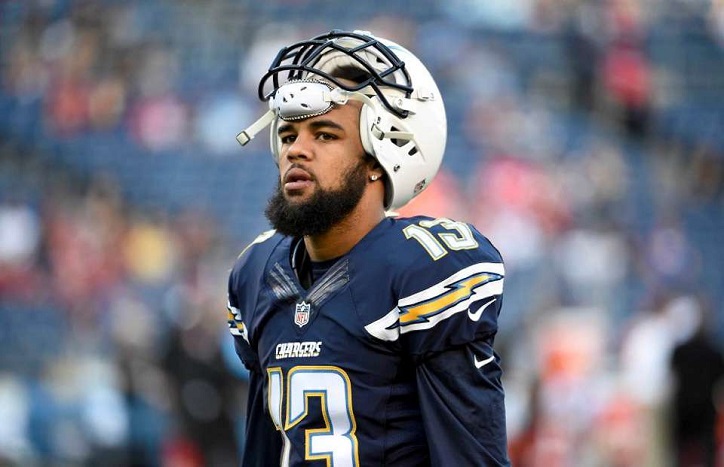 Allen’s performance that season was so good that many felt by drafting San Diego chargers had managed to get a steal. During the 2014 season, he had received 77 reception covering 783 yards. In addition to that, he had scored four touchdowns.

Allen played only 8 games during the 2015 season. That season he had received 67 receptions and covered 725 yards. Also, he scored four touchdowns.

Things went worse in the 2016 season. He played only a single game. Less than two minutes for the first half to finish, Allen complained about pain.

He had to be carted off the field. Medical examination revealed that he suffered from anterior cruciate ligament tear. That ruled him out for the rest of the season.

2017 season was a huge improvement for Allen. His performance was so good that he was rewarded the title of NFL Comeback Player of the Year.

During the2018 season Allen had received 97 receptions covering 1,196 yards.