Born on July 16th, 1985, in Cincinnati, Ohio, Kevin Huber, born to Ed and Kathi Huber, is an American football player.

He was drafted in the 5th round of the 2009 NFL by the Cincinnati Bengals and has played for them ever since. He has been recognized as the First Team All American twice, in 2007 and 2008.

Kevin Huber attended High School in Cincinnati, Ohio. He played for the McNicholas Rockets football team in high school and was selected as an all-conference thrice. He received the Greater Catholic League's award for the punter of the Year. 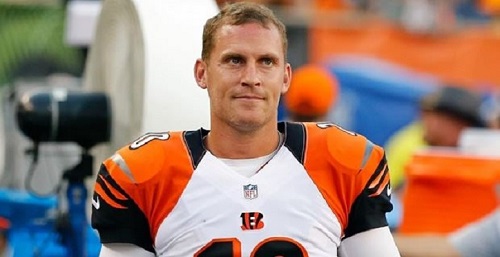 From 2005 to 2008, while majoring in Finance at the University of Cincinnati, Ohio, he played for the Cincinnati Bearcats and gained recognition as first-team All-American in both 2007 and 2008.

In the NFL 2009, Kevin Huber was selected by the Cincinnati Bengals during the 5th round.

This was the beginning of his professional career, and he has been playing for the Bengals ever since. He was the second drafted player who had spent his entire life in Cincinnati.

During this time, the Bengals seemed like a team that could sustain success. The season of 2009 opened with the Bengals, led by Carson Palmer, playing against Denver Broncos.

The team was on the opposition's 47-yard line when Palmer was unable to complete a throw to the WR. It was a 4th & 10th situation, and beyond the range of Shayne Graham.

The Bengals called on the rookie punter, Kevin Huber, who dropped a beautiful punt, also the first punt of his professional career, inside the Denver Broncos 20-yard line. Kevin Huber hasn't looked back since.

On September 20th, 2009, during the game against the Green Bay Packers, Huber proved that the Bengals were right to place their trust in him by averaging 46.3 years on 4 punts, with 2 of them proving to be the punts causing the key shift for the Cincinnati Bengals.

With his performance, he showed why it is important to have a dominant punter in the team

His subsequent years saw him as the best punter with the Bengals.

Kevin Huber has also participated in a Pre-Bowl game in 2014, playing for Team Irvin, and helping them win with a 56-yard punt. 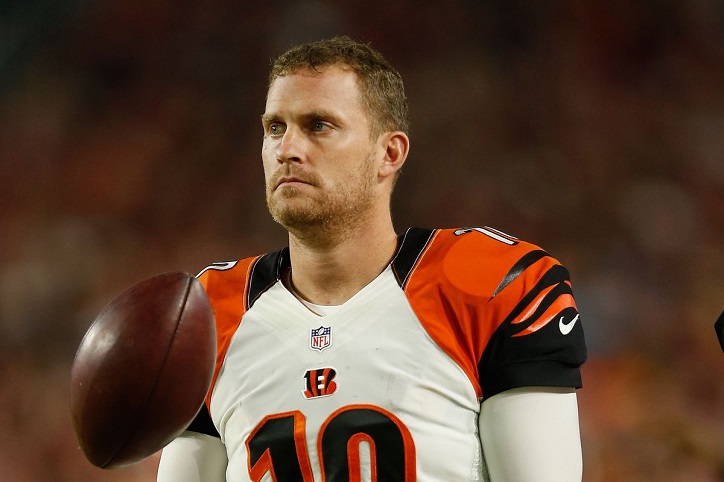 Kevin Huber, Punter, Cincinnati Bengals, is a Cincinnati native, ranked at 272, with an overall score of 83.

As per available information, up to 2018, he has played 162 of a total of 164 games played by the Bengals. He is the team's career leader in every crucial punting category.

Kevin Huber is known for his adeptness in pinning the opposite team inside their own playing area. He holds the team history's record of the maximum inside-20 kicks for the top 5 seasons.

Kevin Huber has been the most consistent punter for the Bengals. This player has also been the most reliable placekicks holder for the Cincinnati Bengals throughout his career. For now, this veteran footballer is the only true punter in the on the Bengals' roster.

This NFL Star is married to Mindi Naticchioni, who is also a Cincinnati native. He also plays golf as a hobby.