Khalil Mack nicknamed as "Bombshell Man" in high school is an American football player. He plays the position of outside linebacker for the Chicago Bears in the NFL (National Football League). He has an overall rank of 33 among NFL players.

He was born on February 22, 1991, in Fort Pierce in the state of Florida to Mack Sr. and Yolanda. He was raised along with two brothers.

Khalil became the first player in the NFL history to be selected first-team All-Pro at two different positions in the same season that is, as a linebacker and defensive end.

Khalil attended Fort Pierce Westwood High School, where he initially played as a quarterback but soon switched to linebacker because he couldn’t throw the ball short easily.

He was interested in basketball and he was hoping to get a scholarship from it but due to an injury, he couldn’t pursue basketball. He took his coach’s advice and switched to football.

In his senior year, he had a total of a hundred and forty tackles and was rated as a two-star recruit by Rivals.com. 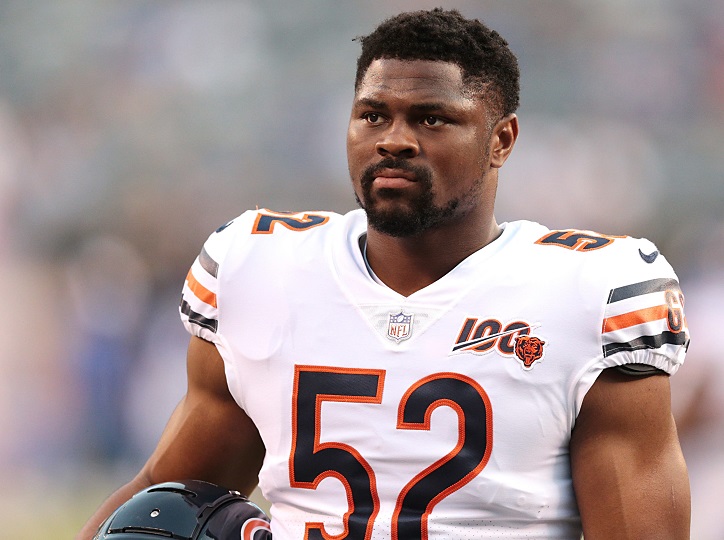 Khalil attended the State University of New York at Buffalo through scholarship and played Division I football there.

In 2009, he had a total of 68 tackles including ten pass breakups, four and a half sacks, two forced fumbles, 14 and a half for loss and eight quarterback hurries.

He wore the number “46” because that was his overall rating out of 99 in the video game NCAA Football 11.

In the following year, he secured 64 total tackles including two pass breakups, five forced fumbles, thirteen quarterback hurries, one interception, five and a half sacks, and 20 and a half for loss which was the third-best in the nation.

In 2013, he was named as the Mid-American Conference Defensive Player of the Year, becoming the first in the history of his college. The spectrum also ranked him as the best Buffalo football player in Division I.

In the NFL draft of 2014, Khalil was the fifth overall pick by the Oakland Raiders. He signed a four-year contract worth $18.67 million with the Oakland Raider. He ended the 2014 season with a total of 76 combined tackles. 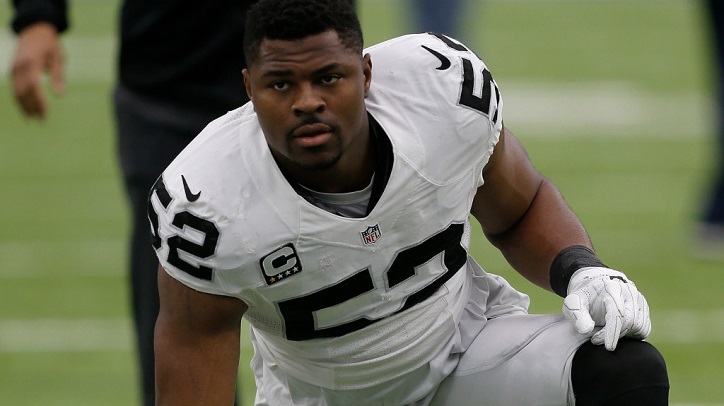 In the 2018 season, he signed a six-year contract with Chicago Bears. The contract was worth $141 million it also featured a $90 million guaranteed. This deal made him the highest-paid defender in the NFL’s history.

- In 2016, Khalil was named the NFL Defensive Player of the Year.

- He is considered as one of the Top 100 Bears players of all time.