Standing at 6’4” tall with a weight of around 246 lbs. Kenneth Bernard Wright, Jr. is an American NFL professional football player who plies his trade for the Seattle Seahawks.

He was born on 23rd July 1989 in Olive Branch, Mississippi. His father’s name is Kenneth Wright Sr. and His mother’s name is Jacquelyn Wright.

As he grew up in his neighborhood, Wright went on to attend Olive Branch High School in Olive Branch, in the state of Mississippi.

He was an athlete who excelled in three sports – Basket Ball, Tracks, and football. During his high school career, he had 91 tackles under his belt out of which 48 tackles were solo in nature.

According to the website rivals.com, he was touted as the 19th best prospect in the state of Mississippi. 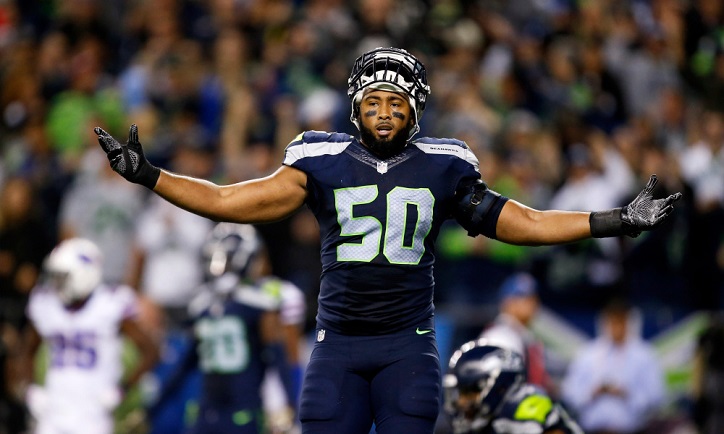 After completing his schooling, he went on to join the Mississippi State University and played in the linebacker position for them.

In his entire college career, he had played 47 games and had 258 tackles combines with 14 sacks and 14 passes defended.

Wright was finally awarded his first contract in the year 2011 by the Seattle Seahawks. They offered him a four-year contract worth 2.52 million which included 486,000 dollars as assigning a bonus amount.

Coach Ken Norton was of the opinion that he would make an excellent middle linebacker because of his abilities to anticipate what was going to happen.

The head coach Carroll accepted this fact and Wright was made the middle linebacker backup for the 2011 season.

He made his debut against the San Francisco 49ers and in that game, he had 5 combined tackles under his belt. But his team lost the game 33-17.

In his debut season, he played in 16 games and had 3 pass deflections, two sacks, and 65 combined tackles out of which 50 were solo.

In the next season, Wright saw himself taking over the play-calling duties from another player known as Hawthorne who left the club.

In his second season, the Seattle Seahawks finished in the 2nd position in the NFC West. The second season concluded for him with 5 pass deflections, 1 sack, 1 interception, and 98 combined tackles out of which 68 were solo.

The 2013 season saw Wright play in around 867 percent defensive snaps of the Seahawks as the club finished on the topmost position in the NFC West. 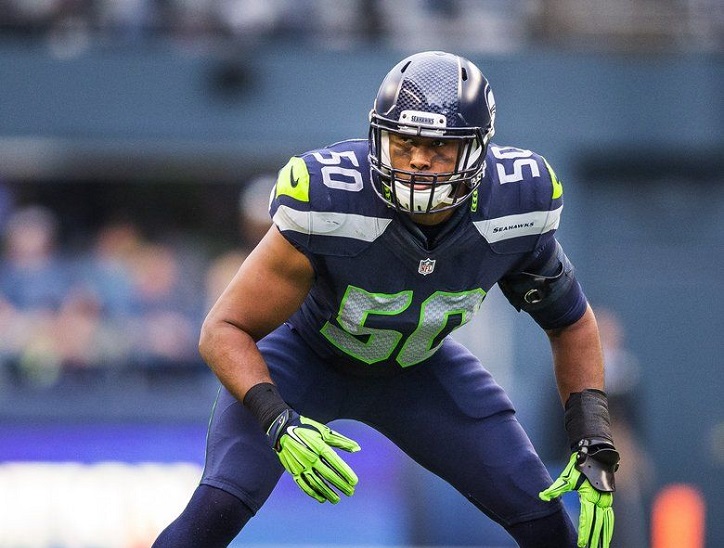 In that particular season, he had scored 4 pass deflections, 1.5 sacks, and 80 combined tackles with 46 tackles out of them being solo in nature.

In the next season in 2014, the Seahawks extended his existing contract by 27 million dollars and four years. This included a signing bonus of 5 million dollars.

In that season he recorded 4 pass deflections, 2 sacks, 2 forced fumbles, and 107 combined tackles out of which 73 were solo.

2015 season saw him getting fined for $10,000 by NFL after he had a physical altercation with Richard Rodgers. He got ejected from that particular game.

However, he came back and scored 3 pass deflections, 1 sack, and 115 combined tackles out of which 71 were solo.

In 2018 he missed the first 6 games due to a knee injury and returned in the eighth week. As a result, he was able to play in only 5 games. With 23 combined tackles out of which 15 were solo along with 8 assists on tackles.

In the subsequent season in 2019, he finished the season with 132 tackles (combined) out of which 67 tackles were solo.

So far, he has played 128 games in total and has 533 solo tackles and an AV of 72 in professional NFL career.

He was nominated to the Pro-Bowl in 2015 and has appeared in the 2011 NFL Leader board.